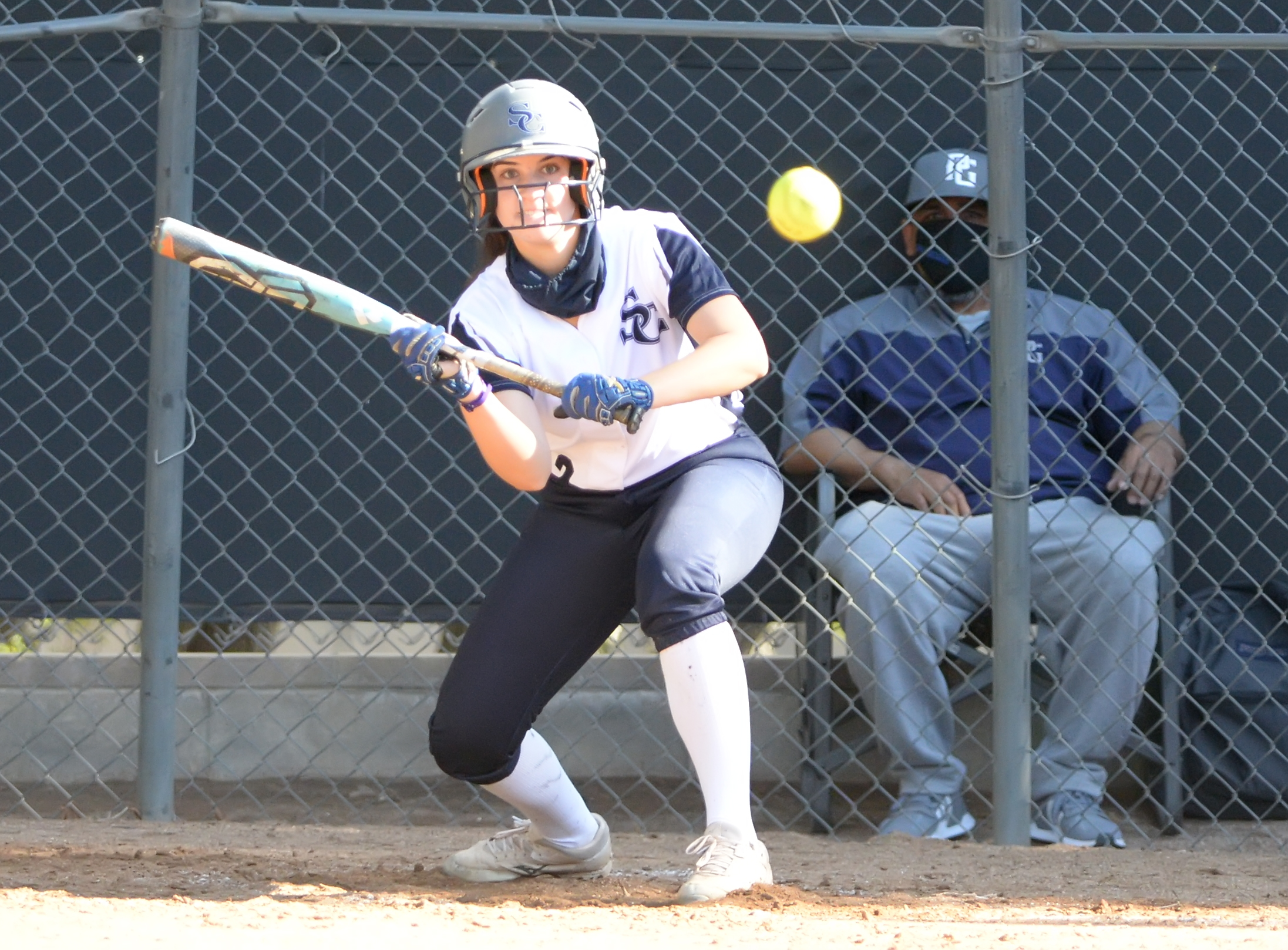 That was not necessary this year.

Forged and bonded together through Zoom meetings during the pandemic, Sierra Canyon is carrying a camaraderie that might prove to be the biggest asset of a talent-laden group.

“They do everything together, from school to softball.There is no need to team bond when they are together all the time already,” Jorgensen said. “This is my sixth year here, and this is the most close-knit team I have had.”

The Trailblazers boast the leadership of senior outfielder Sarah Schneider, the starpower of sophomore pitcher Hailey Schuler and the addition of two game-changing transfers in Izzy Mertes and Olivia Madkins.

Jorgensen said this unified group is ready to move past last season’s shocking CIF Southern Section first-round exit to Charter Oak despite earning the No. 3 seed in Division 3.

“That was the first time we have been knocked out in the first round,” Jorgensen said. “We don’t want to experience that again. It’s done. We don’t have to remind the girls about it. They already know.”

Schneider is a returning first-team All-Gold Coast League selection who is headed to play softball at Washington University in St. Louis.

“She’s a captain, and she does a great job of keeping the team together,” Jorgensen said. “She makes us not feel like a young team. She’s bringing them all up and lets them know this is how it gets done, and they follow.

“She’s changed little things, made sure everyone is equal and that everyone is doing the job as a community.”

Pitching will be a major asset.

Shuler is coming off a stellar freshman campaign where she posted a 0.32 ERA with 65 strikeouts and just seven walks in 43 2-3 innings. She also hit .455 with three homers and 20 RBIs.

Shuler figures to combine with Ava Debs and Madelaine Debs to form a potent pitching staff.

“Our young arms are going to get us through,” Jorgensen said. “All three are strong, and no one closely resembles the others.

“Hailey is a power pitcher, a strong, fast pitcher. Eva throws with a lot of movement, spin and rotation and has wicked movement. Madelaine is steady and is a good change of pace. They are all interchangeable.”

Sierra Canyon has also made a seamless transition with its transfers.

Mertes is the reigning Foothill League Player of the Year from Valencia and should fit slot in the middle of the order and play third base, helping absorb the graduation of Amber Toven (University of Arizona).

Madkins, the daughter of former UCLA and NBA basketball standout Gerald Madkins, will provide athleticism at shortstop and a big stick. She is verbally committed to Columbia University.

“Olivia is really athletic and should be a great fit for us.”

Second baseman Parker Whitfield will be a viable contributor at the plate and on the field.

Sophomore Lianna Lara continues to develop as a top catcher who will handle the pitching staff with aplomb and swing a capable bat.

Kendall Huddleston is recovering nicely from an arm injury and should be a solid contributor. Freshman Sarah Gilbert and sophomore Leagha Christian will also be counted upon to make an impact.

“We have good depth – we can go down the lineup and not take a deep breath,” Jorgensen said.

Sierra Canyon will compete in Division 3 once again this season.

Jorgensen said she continued to try to build a challenging schedule to prepare for the rigors of the Division 3 playoffs with matchups against Oaks Christian, Notre Dame, JSerra, Rio Mesa, Alemany, Chaminade and Chatsworth.

“We will have to bring up our game with the schedule that we have,” Jorgensen said. “It will prepare us and get us ready for the playoffs.

“We got caught off guard in the playoffs last year. These girls have all the skills – I never doubt their skill. We won’t take it lightly this year.”