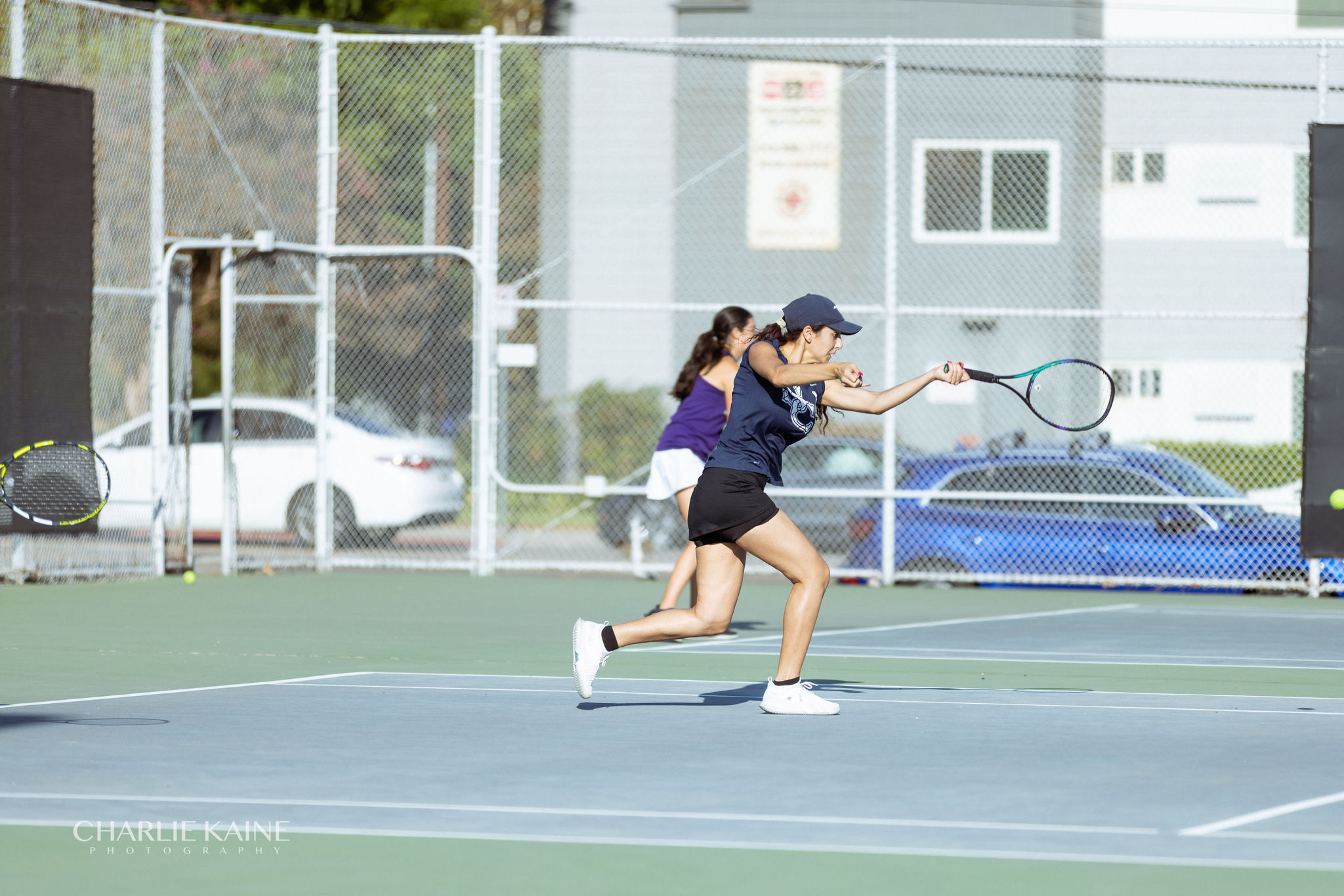 Congratulations are in order for the Sierra Canyon girls tennis program. The 2022-2023 squad earned the school’s first-ever league championship with a 10-8 victory against Louisville on Thursday.

“It’s a great accomplishment for the girls, the program and the school,” Sierra Canyon head coach Rajeev Datt said. “They all worked really hard all year.”

Lyric Wilson and Betty Chen each won two sets in singles to earn key points for the Trailblazers.

But it was the doubles team of Hannah LaChappelle and Siena Martin that won all three sets to give Sierra Canyon an advantage. Danica Quinn and Bridget Mertzel won two of three doubles sets to contribute mightily to the victory.

“Our doubles play was huge today,” Datt said. “They really stepped up nicely. Getting a sweep from our No. 2 team set the tone. The whole team contributed. It really was a total team effort.”

Sierra Canyon has never had much success in girls tennis after competing in the Gold Coast League for many years and having to face quality programs like Campbell Hall, Brentwood, Viewpoint, Windward and Crossroads.

The move to the Sunshine League has been a better fit going up against the likes of Louisville, Notre Dame Academy, Marymount, Marlborough and Immaculate Heart.

“Carlo was really able to coach and help the girls one-on-one,” Datt said. “Carlo could help with things and really give the girls proper attention to get better. Carlo helped me a lot.”

Datt also said this is not a flash in the pan type season.

“We are trying to lay the foundation for many years to come,” Datt said. “I have to say many thanks to the entire administration for giving us whatever we needed to be successful. Thank You to David Sobel, Rock Pillsbury and Katie Hanks. I was never told no on anything I wanted to do or needed for the program.”