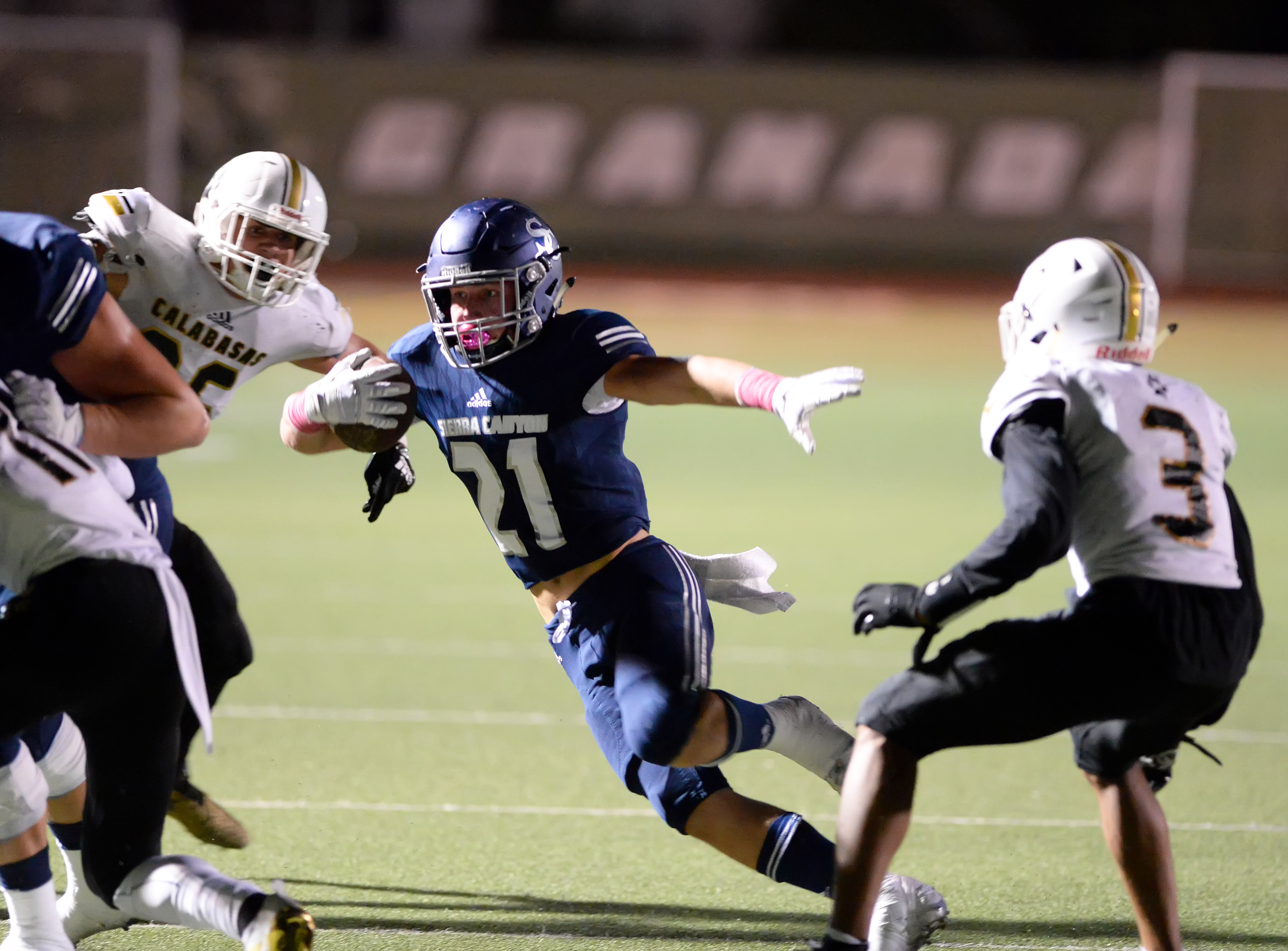 The Sierra Canyon football team never quit Friday night but couldn’t complete a comeback against Calabasas in a nonleague game.

Chayden Peery’s pass to the left corner of the end zone from 25 yards out fell incomplete on the final play of the game and Calabasas came away with a 42-35 victory.

Peery and the rest of the Trailblazers kept coming at Calabasas tying the game several times but could not come out on top.

Peery completed 16 of 28 passes for 201 yards, including a 77-yard touchdown pass to Jared Staub. Staub finished with 128 yards on six receptions.

Williams’ touchdown gave the Trailblazers a 28-21 lead with 2:37 remaining before halftime but Calabasas tied it right away just 30 seconds later when Jermaine Burton caught a 33-yard touchdown pass from Jaden Casey. Calabasas would not trail again.

Calabasas jumped out to a 14-0 lead in the first nine minutes when Burton and Oregon-bound Mycah Pittman caught touchdown passes of 10 and 27 yards, respectively.

The game was a back-and-forth affair from there with the teams trading touchdowns. Sierra Canyon had a chance to go ahead late but its drive stalled on the Calabasas 25-yard line with 4:30 remaining setting up the game winning drive for the Coyotes which culminated with Casey’s one-yard sneak with 1:01 remaining.

Sierra Canyon lost its third close game this year after late game setbacks against Westlake and Lawndale in Week Zero and One. The Trailblazers take a week off next week before heading to San Pedro on Oct. 19 and hosting Paraclete on Oct. 26 at Pierce College in the Gold Coast League championship game.