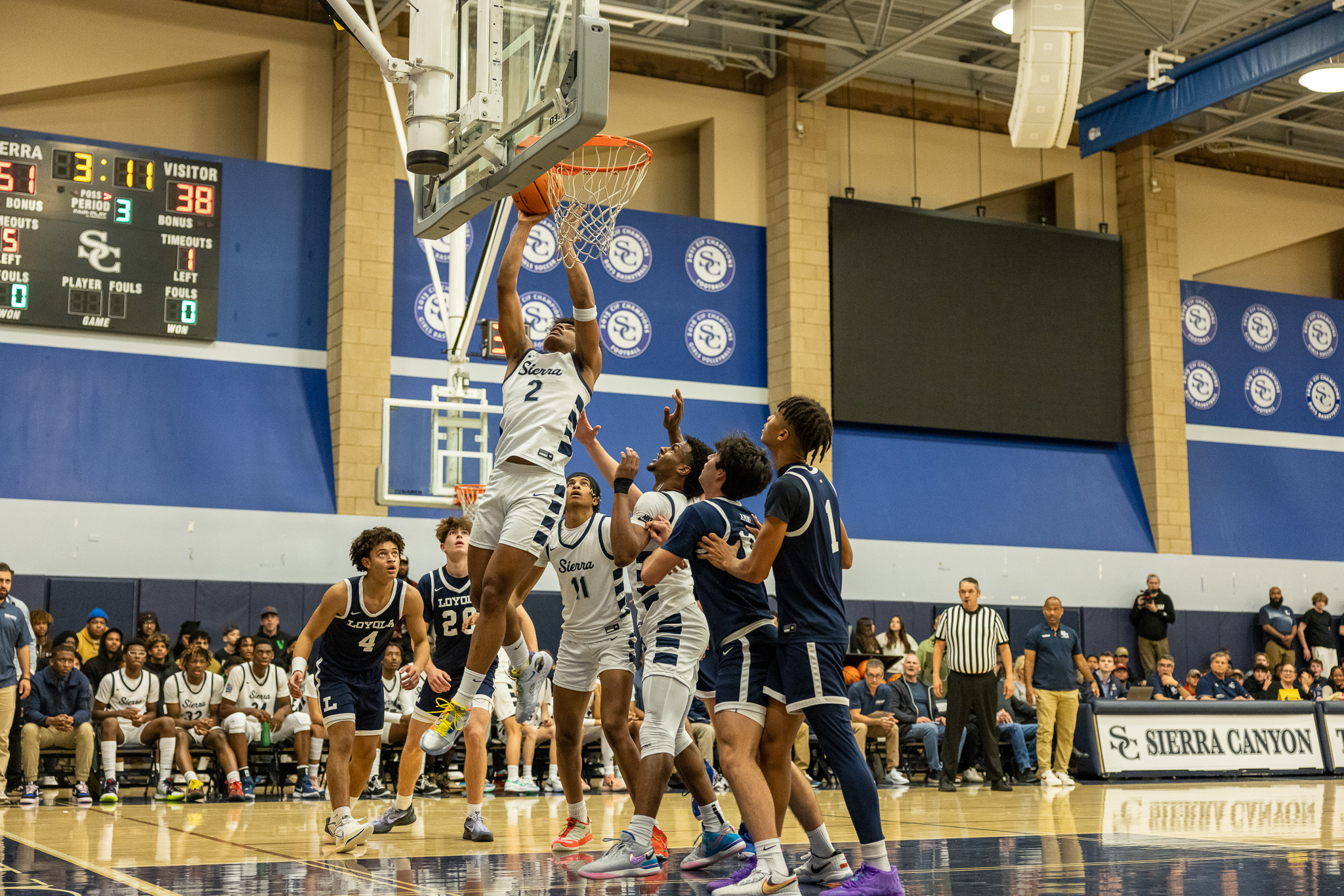 The Sierra Canyon boys basketball team has been playing better of late and is poised to make another deep run in the Open Division playoffs.

The Trailblazers have knocked off Christ the King of New York and Wheeler of Georgia in recent weeks before rattling off four consecutive Mission League victories.

That streak came to an end last week with a humbling 72-52 setback against Harvard-Westlake. However, the Trailblazers were missing key starters Bronny James and Isaiah Elohim, both out nursing minor injuries.

Sierra Canyon has a huge game coming up Friday against Notre Dame at UCLA’s Pauley Pavilion. The game will likely decide No. 2 in the league and give the winner the coveted double bye for the league tournament next week.

“We are still learning and figuring each other out,” Sierra Canyon coach Andre Chevalier said. “We have been playing better and better. Our defense is great. We want to get better offensively.”

The Trailblazers are expected to be in the Open Division again facing Harvard-Westlake, Corona Centennial, Bishop Montgomery, West Ranch, St. John Bosco and others.