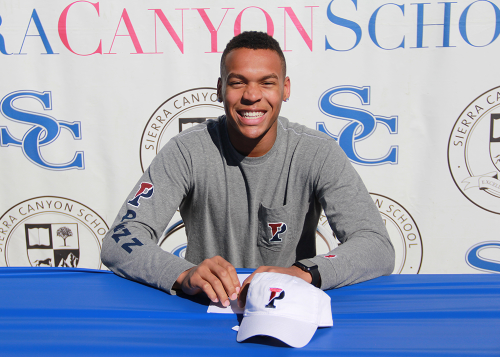 This year, the Sierra Canyon Football team will send two of its star players to the Ivy League.  Kohl Hollinquest and Eric Markes are heading to the University of Pennsylvania and continue the tradition of sending football players to the Ivy’s.  Andrew Terry (Brown), Blade Brady (Harvard) and Noah Zgrablich (Colombia) all played for Head Coach Jon Ellinghouse and earned their path to the Ivy League.