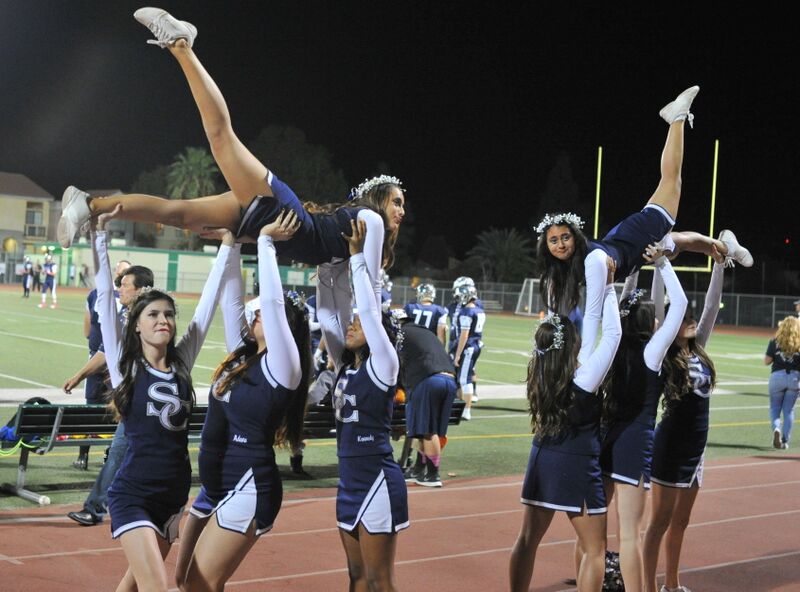 With the state of California recently deciding to make cheer a CIF sanctioned sport, the cheer program is attempting to expand its coverage to more sports around campus. For the first time since 2012, the cheer team will be cheering for both the boys Basketball team and for the football players. The dance team will also be be performing at the basketball games.

“I’m excited to have the opportunity to cheer at more games and overall be more involved with the school,” Liza Gill (‘19) said.

According to Head Cheer Coach Shelby Kaiser, the traditional cheer season lasts the whole year– “from April to April.” By cheering at basketball games, along with football games, cheer will become a two-season sport.

The ultimate goal is to not only cheer at varsity football and basketball games, but to enhance spirit for all sports.

“I think we are trying to raise spirit as a whole, so ignoring one sport is definitely not the way to do that. I think we’re trying to be supportive of everybody on campus,” Kaiser said.

While it is a bit impractical to expect for them to attend a game for every sport with their small numbers, Kaiser hopes to expand the team’s involvement as the program continues to grow.

We can already see this being put into place. For example three cheerleaders attended the volleyball game against Archer.

Having cheerleaders at the game will hopefully lead to the crowd being more energized, which will help to fuel the basketball team.

–           “The basketball team is a fast paced team that feeds off energy. The cheerleaders will help pick up the energy of each individual and the team as a whole,” Joseph Wallace (‘18) said.

Along with the cheer team, the dance team will also be performing at the basketball games during halftime.

Dancing at basketball games can be slightly different from dancing at football games, so the team has been working to adjust.