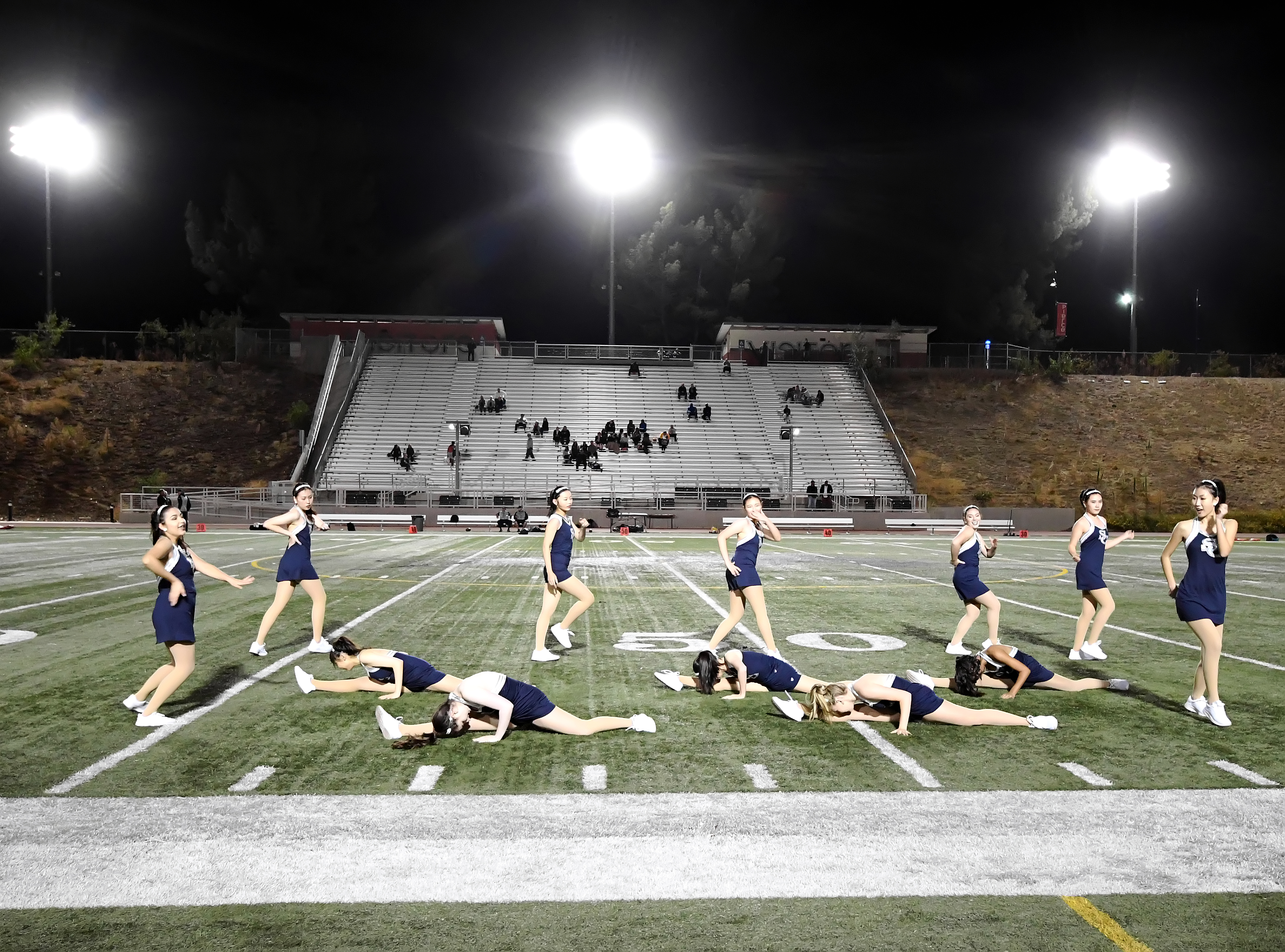 Dance ready to take next step

By Ben Reicher, The Standard

Both drumline and the dance team anticipate a year of boosting their skills and activity. Under coach Tyler Smith, the drumline looks forward to the chance to play at more away games, while the dance team has both new equipment and twice as many members as before.

“I notice more people get into [our performances] at games… just moving around, dancing a little bit when they hear it,” drumline member Daniel Messinger (‘18) said.

Meanwhile, the dance team, led by coach Tania Possik, has grown from six to twelve members, including several international students. The team has received new uniforms and other equipment.

“I hope we have a really good basketball season, and we dance as great as possible and get as many girls as possible, so we leave with a legacy,” team member Chase Laski (‘18) said.