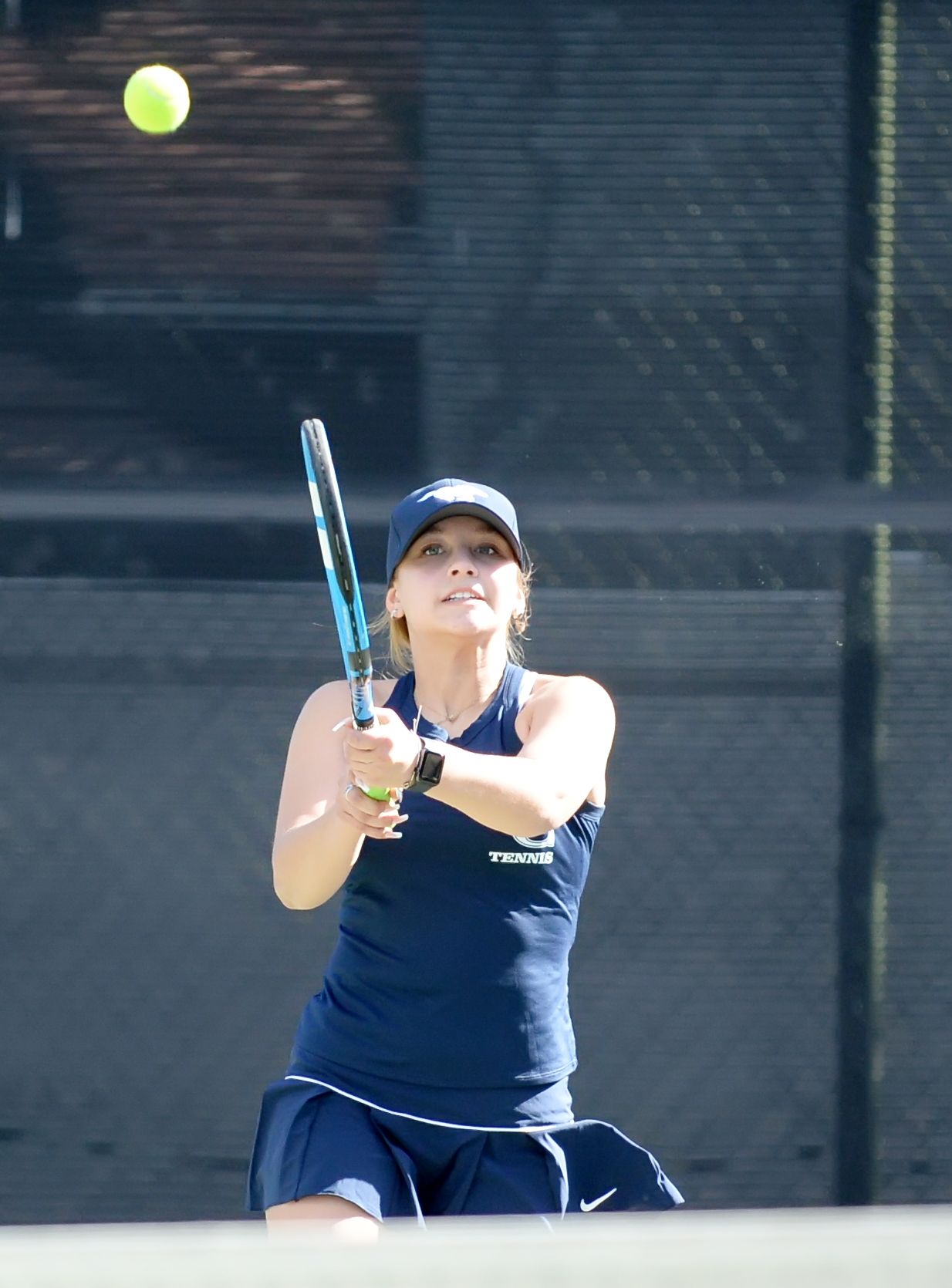 One of the main objectives this summer for second-year Sierra Canyon girls tennis coach Rajeev Datt was planning a trip for his players.

“We are calling it a retreat,” Datt said.

Yet this excursion will definitely have a business-trip feel to it.

Datt will take his team to the San Diego area this month for a pseudo-training camp as Sierra Canyon looks to build some momentum ahead of its season opener Aug. 25 against Oakwood.

It was something Datt was unable to do last summer due to the pandemic.

“We’re playing a bunch of sets and doing a lot of conditioning,” Datt said. “It should be really good for team bonding. It will be about getting the girls to understand our coaching philosophies.”

Despite the challenges of competing during a pandemic and the lack of an official home court last season, Sierra Canyon produced perhaps its best overall girls tennis campaign by making its first CIF Southern Section quarterfinals appearance.

“It was great. It was the first time that was done in Sierra Canyon tennis history. It was all positive,” Datt said.

The good news is that everyone returns. The team graduated no seniors last season.

Valeria Sanz-Jones, a foreign exchange student from Spain, impressed in her first season at Sierra Canyon with a 13-3 regular-season mark. She avenged one of her regular-season losses to Windward to advance to the Gold Coast League finals and qualify for the CIF Individuals Tournament.

“Her mom has been sending us videos of her training in Spain via WhatsApp,” Datt said. “We are excited about her progress.”

Peyton Gelfuso and Alyssa Abulaf are also key returners, having teamed up to advance to the Gold Coast League doubles tournament last season.

Mariyah Jamali and Ella Calderon  also are returning and bring valuable experience as Sierra Canyon looks to move up in the rugged Gold Coast League.

“A lot of the girls have been working on their games through the summer,” Datt said. “A lot are taking lessons or going to tennis camps. They’re into it and are having fun.”

Datt said he has not made any decisions on lineups or who to combine into doubles teams.

“We are not going to decide any of that until we see where the girls are with their fitness levels and who is gelling with who,” Datt said. “That’s why we are having the retreat. We will make an assessment and see where we stand.”

In addition to hosting Oakwood in the season opener on Aug. 25, Sierra Canyon will have nonleague matchups at Flintridge Prep on Sept. 10, at Simi Valley on Sept. 14 and at Oakwood again on Sept. 20 before starting Gold Coast League play Sept. 21 at Viewpoint.

Sierra Canyon’s usual home courts at Cal State Northridge were unavailable last season due to the pandemic, forcing the Trailblazers to switch to local courts at Rancho de Caballeros in a nearby Chatsworth neighborhood.

Cal State Northridge has not reopened its tennis courts to this point. Rancho de Caballeros remains a possibility.

“It’s a work in progress,” Datt said. “Because of COVID, it affected a lot of what was going on last year. Hopefully this year will be different.

“I’m looking forward to the upcoming season and seeing what the girls do.”