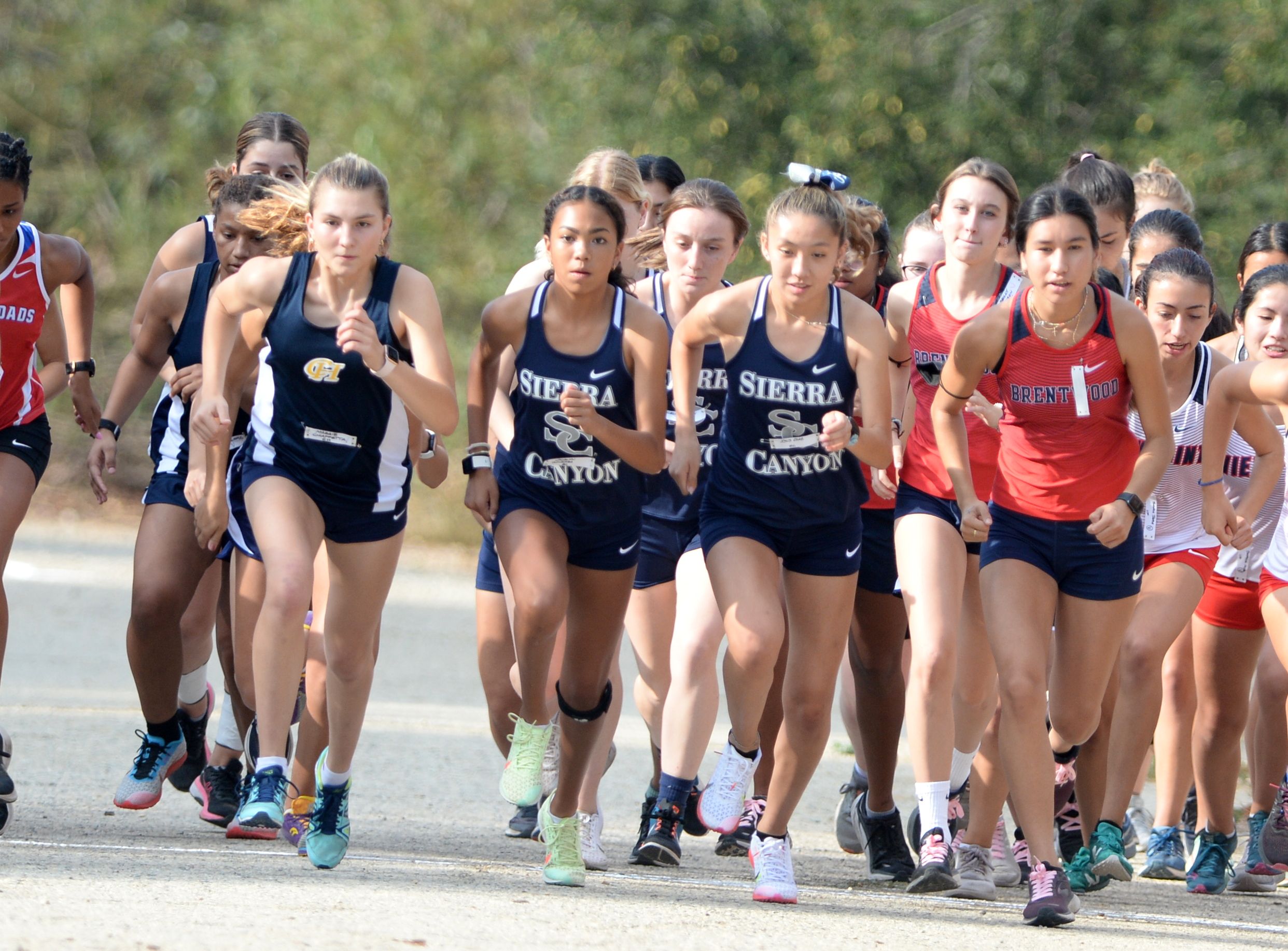 Go time for Isis Diaz, finishes in top 10 in State

Entering the last mile of the CIF state championships, Diaz had to pick off at least two runners if she wanted a top-10 finish.

“I knew if I wanted to be on the podium, I had to go right then,” Diaz said.

At 800 meters, Diaz began to close the gap. With 300 meters left, Diaz turned on the jets.

Diaz passed both of her targets and burst across the finish line for a 10th-place finish in her Division 5 race in Clovis, allowing herself to ascend to the state podium for the first time since her breakout freshman campaign.

“I can’t even describe what it was like to stand up there again,” Diaz said about the medal ceremony. “I don’t think it has even hit me yet. I didn’t cry. I was just happy and smiling.

“My mindset was to have fun and to run like I was capable of running. It felt good to finally feel like myself again.”

Diaz – who will run at Johns Hopkins University next year, covered the famed three-mile Woodward Park course in Clovis in 18 minutes and 55 seconds to secure 10th place.

Maybe even more satisfying was the fact that Diaz passed Gold Coast League rival JiaLian Mackey of Viewpoint for the final spot on the podium. Mackay had won the Gold Coast League title and the CIF Division 5 crown.

“For Isis to pull off what she did after what we experienced the last two seasons, it’s incredible,” Sierra Canyon coach Troy Samuels said. “I told her the biggest thing is that she never quit. And I never quit on her.

“She had that look at the podium, like this is pretty darn incredible.”

It was an emotional performance for Diaz, especially after a perplexing past two seasons in which she struggled to recapture the glory of her freshman year.

Diaz returned to the state meet as a sophomore following her eighth-place finish as a freshman, but her times were well off her freshman pace and she finished 30th at the state meet.

“I was not running to my potential, and I did not know why,” Diaz said. “The mental aspect played into it. I was not in the right mind stage, and it just kept going downhill. I was out of whack and doubting myself.”

Diaz said she was confident she was going to rebound for track and field in her sophomore season, but then the pandemic hit and wiped out that season.

Another hurdle for her to clear.

“I took a longer break to get back to work,” Diaz said. “My body was fatigued, and I was frustrated. And there was so much uncertainty with the pandemic. We did not know when we were going to start.”

Finally Diaz gained some clarity on her situation this past summer when her doctor diagnosed her with anemia – low iron count – after two years of unresolved questions.

“It makes a lot of sense now,” Diaz said. “I was constantly fatigued and tired, and I was getting the right amount of sleep and eating the right things.

“I was wondering why I was running like this. I was doubting myself a lot, and I was scared. At least we can explain it now.”

Then it was a matter of building up her mileage and her confidence again.

Diaz struggled to find her footing initially this season and wound up finishing fifth at the Gold Coast League finals.

Something finally clicked at the CIF Southern Section prelims.

Diaz won her Division 5 heat with a personal-best at the vaunted Mount San Antonio College Course, then placed 12th at the CIF Division 5 finals at Mt. SAC with another personal record.

That set the stage for another personal best at state.

“The CIF Prelims was a surprise for her, but not for me. She was killing all her workouts,” Samuels said. “It was a matter of her trusting the process. Every week, she PR’d.

“She finished the season the way I dreamed she would.”