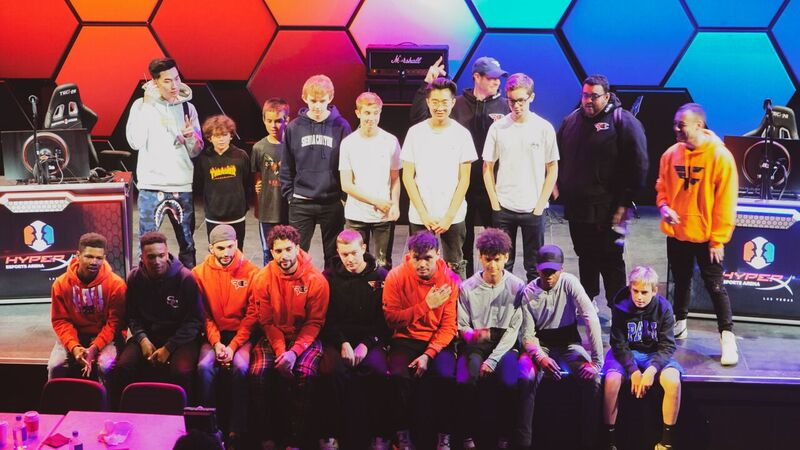 It’s not all fun and video games:

by Ava Calderon, The Standard

Today, video games are a common pastime and kids and adults alike spend their free time playing Fortnite and watching Twitch streams. For many, however, video games are more than just a simple hobby. Competitive online gaming, commonly known as eSports, is on the rise.

These days, playing video games can turn into a career. As prizes have increased in value and excitement, the competitiveness for eSports has skyrocketed. Not only can gamers do what they love, but they can also do it for a prize.

Given the growing popularity of eSports, Sierra Canyon has begun its own eSports team. The eSports team, advised by Mr. Chapman, Ms. Ahring, and Mr. Buenaventura, was made possible through a generous donation of Mr. Branca, who turned SC’s “pub room” into a highly-advanced computer gaming room, equipped with new computers, colored led lights, chairs, keyboards, and monitors.

“Personally I think it’s great. I always have been a fan of video games, if it’s done responsibly. [The eSports team] provides an opportunity for students who want to play,” coach Buenaventura said.

SC’s eSports Team recently attended a Thanksgiving event, where they got to play with professional Fortnite players. This winter, the eSports team is participating in a winter open tournament. Each player competes once a week. League of Legends competes Tuesdays, Rocket League on Thursdays, and Fortnite on Fridays. The team is even getting their own t-shirts!

The introduction of eSports to Sierra Canyon is an exciting new addition to the community and an achievement for Sierra Canyon in staying up-to-date with students’ interests.