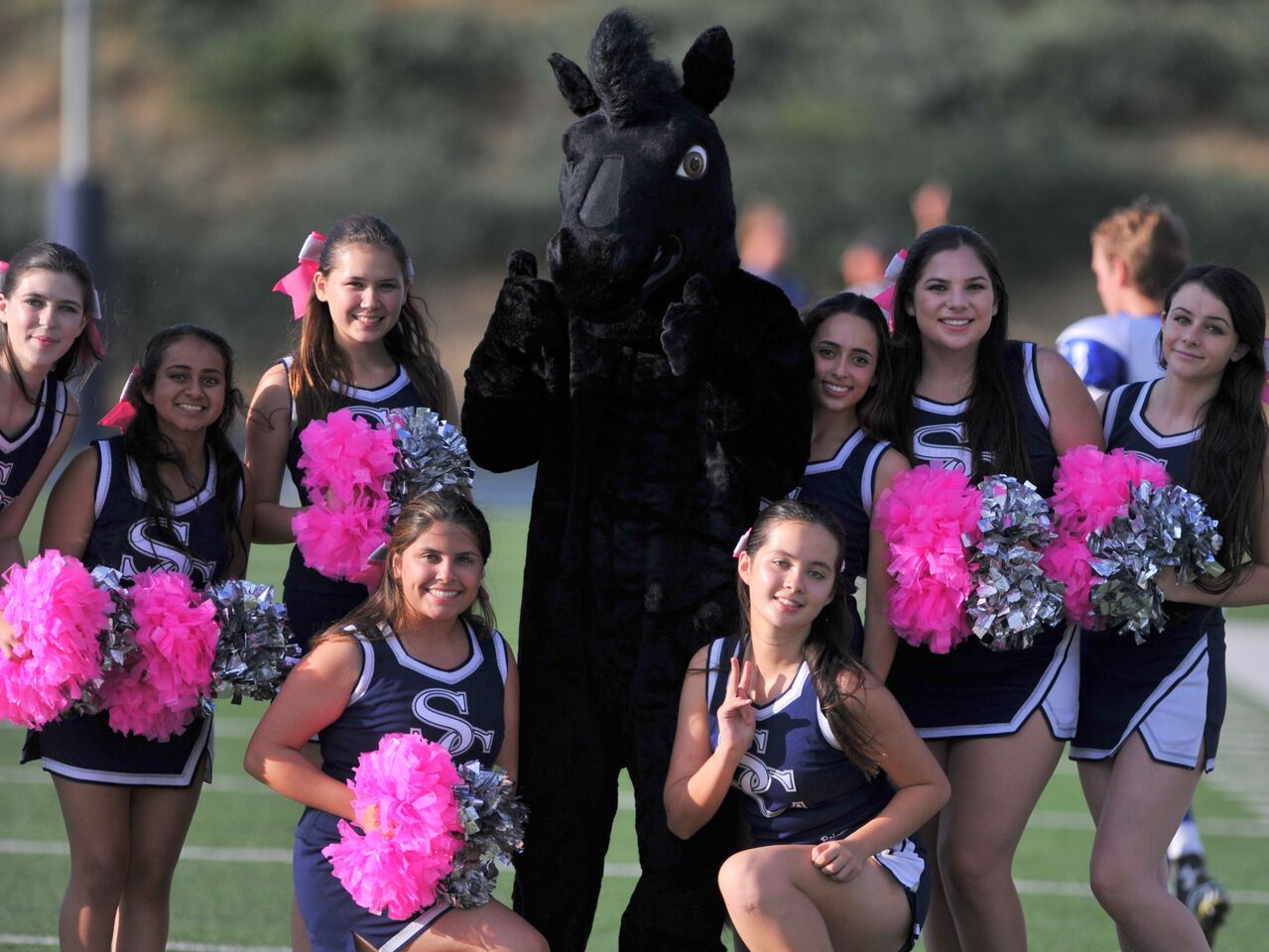 With the loss of seven senior cheerleaders, the cheer program has been changing as a whole with new challenges and advantages. Newly hired coach Shelby Marie Kaiser has plans for the squad.

“My goals for the team this year are to increase school spirit around the campus, increase athleticism in the girls, and to start recruiting for cheerleading as a whole to make it more of a sport versus a spirit club. I plan on achieving these goals with more awareness and involvement from the cheerleaders on campus and by making sure the team is known and respected to their peers,” Kaiser said.

After the team’s previous coach, Dave Kirschner, decided to step down from his coaching to expand his cheer business, someone had to take his place in guiding the cheerleaders. Athletic Director Rock Pillsbury went to Kirschner for help in choosing a new coach to fit the role.

The team is different from the cheer programs of other schools. Most teams have at least 15-20 girls, giving them numerous advantages; but Kaiser has her own ways of making the best out of a team of only 9 cheerleaders.

“The challenges of having a small team are having a lot of personalities thrown at you at once and dealing with a lot of people that want to be in leadership positions, but a great benefit to that is getting to know each individual member as a person and utilizing their own personalities and strengths to strengthen the team as a whole versus letting it be a holdback,” Kaiser said.

Kaiser has changed the program by incorporating new stunts into halftime routines and sideline cheers. She has also lead the team to their first collaboration with the dance team which was showcased at halftime during the Viewpoint game on Sept. 19. The team will also be returning to the gym bleachers in the winter to cheer for basketball.

“She definitely made us stronger in stunting and I feel like she cares more about how we look to our audience. She really strives for the best and pushes us to our limits. During the summer, we had lifting days which, I believe, helped us a lot with stunting and really made the team stronger as a whole,” Ilanit Azarkman (‘17) said.