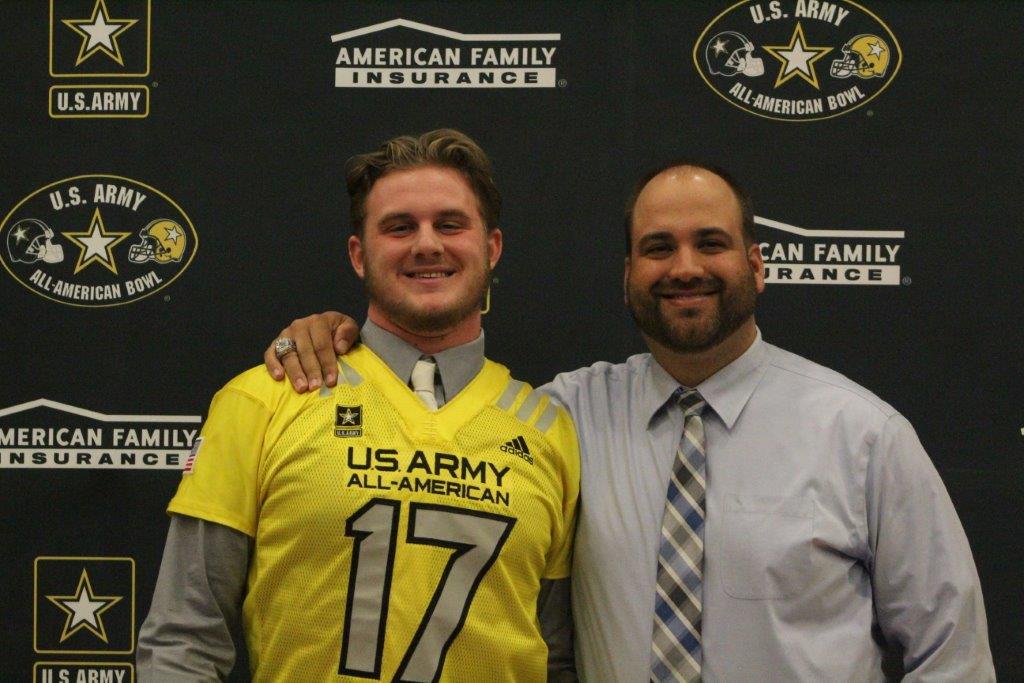 Early Friday morning, senior right tackle Kanan Ray was presented with his US Army All-American jersey, the first player even school history to receive such a great honor.  While excited for the individual honor, Ray wass much more concerned about his Trailblazer football team as the traveled to Redondo Union High School for a Division IV quarterfinal match-up.  The Trailblazers jumped out to a quick 14-0 lead and took a 14-10 lead into halftime.  In the fourth quarter, the Seahawks scored a game-tying touchdown with less than two minutes to go to send the game into overtime.  Sierra Canyon scored touchdowns on three consecutive possessions to put the pressure on the home team.  With the Trailblazers clinging to a 41-34 lead, Redondo’s final play of the game resulted in an incomplete pass and Sierra Canyon secured the victory and a spot in the semi-finals.