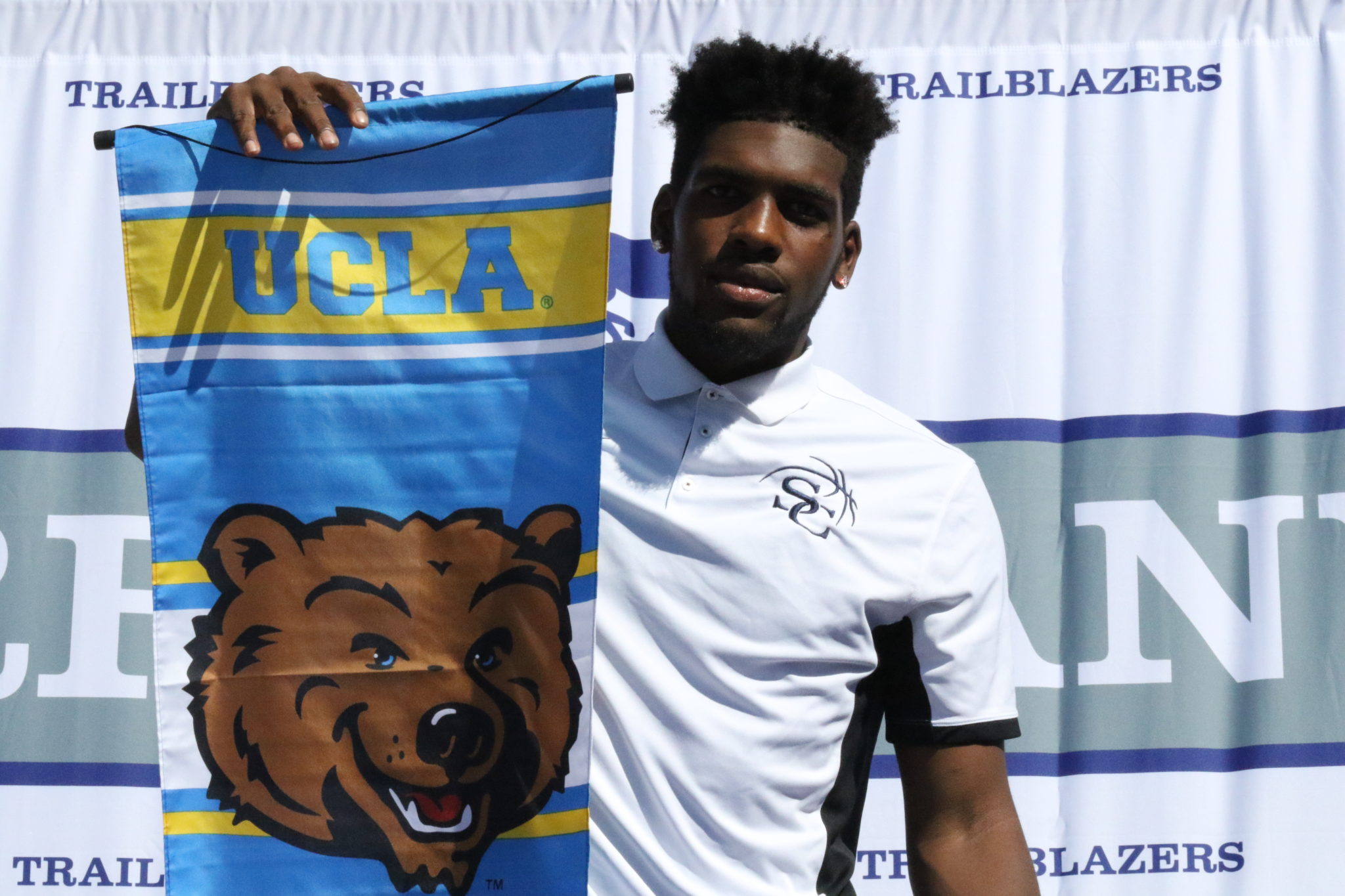 Riley Announces He Will Attend UCLA

Senior power forward Cody Riley announced last Friday that he will attend UCLA to pursue his basketball and academic endeavors next year.  Riley has attended Sierra Canyon since the 6th grade and has made a lasting impact both on the basketball court and the classroom while here.  “I love Sierra Canyon for all that it has brought me over the last seven years.  The teachers, the students and the administrators have been greatly supportive of me,” Riley said.  Riley has won three consecutive John Wooden Awards, as recognition as one of the top high school players in all of California.  While playing for the Trailblazers, Riley has won a state championship and has never lost a Gold Coast League game.  Riley was between UCLA, USC and Kansas before making his final decision to become a Bruin.  “I decided to head to UCLA as it translates directly from Sierra Canyon academically.  It is a basketball powerhouse and it will be easy to transfer my game and my personality there,” Riley said.

The Sierra Canyon basketball team will be one of the top teams in the country this year.  The Trailblazers first home game is December 12th against Chaminade.