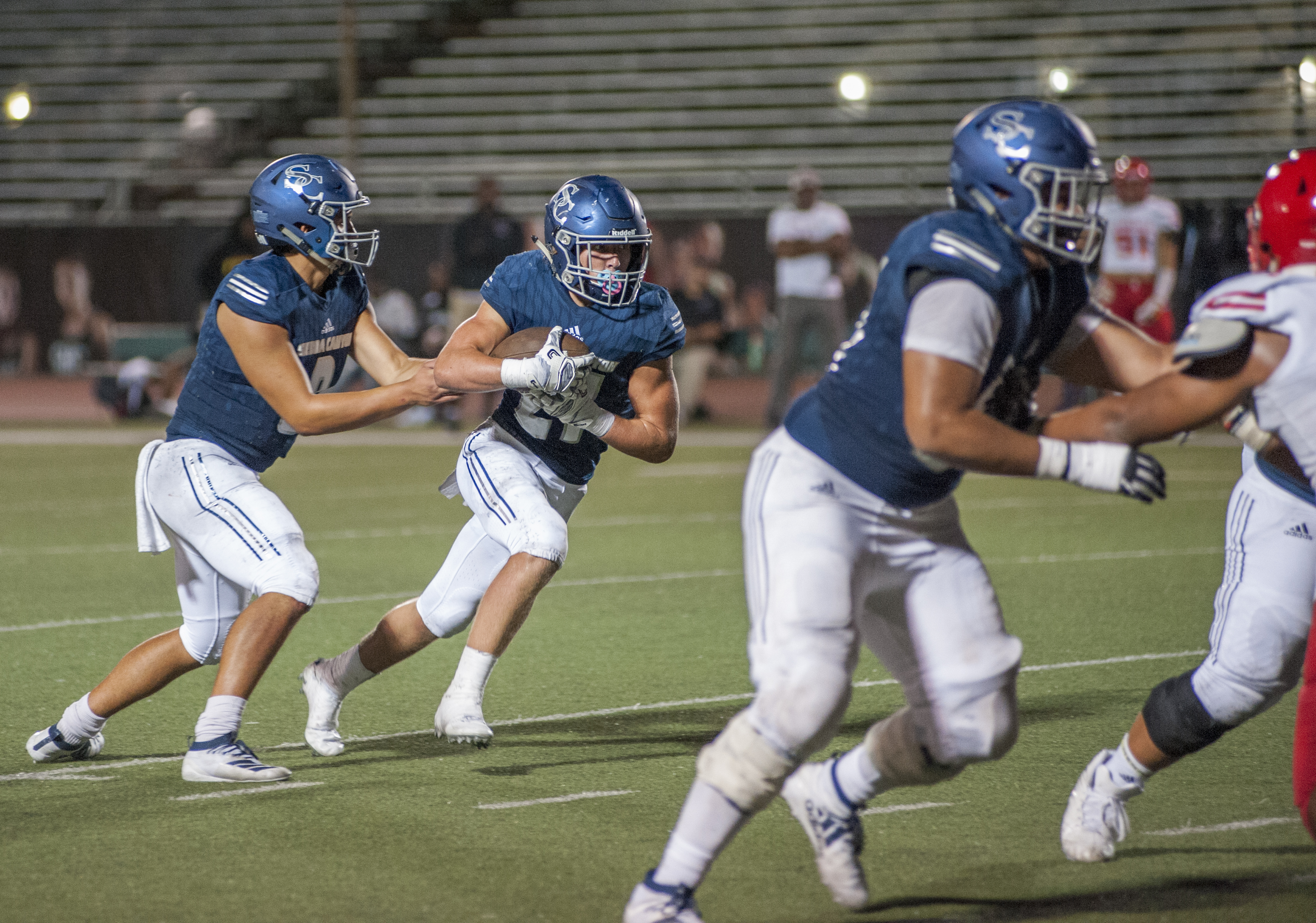 The Sierra Canyon football team improved to 2-0 Friday night after a convincing 37-12 victory against Lawndale at Granada Hills High.

Not only did the Trailblazers handle a large public school program for the second week in a row, Sierra Canyon avenged a setback at Lawndale last year. Jordan Wilmore (freshman at Utah) broke the Trailblazers’ hearts after breaking loose on a long run in the final minute in 2018.

“It was good to win and get rid of that taste,” quarterback Chayden Peery said. “We did a good job tonight.”

Peery got things started with a 5-yard touchdown early in the first quarter to cap an 11-play, 72-yard drive. Peery connected with junior receiver D.J. Harvey on a 28-yard reception to get Sierra Canyon rolling in the right direction.

A safety from a bad snap on a Lawndale punt attempt gave the Trailblazers a 9-0 lead before Deladia Walker broke free for an 89-yard touchdown run. Lawndale had a look at the game only trailing 9-6 but Sierra Canyon put the clamps down from there.

Amari Powell, a sophomore quarterback threw a 15-yard touchdown pass to Harvey and Brendan Gamble rumbled in from 11 yards out to give Sierra Canyon a 23-12 halftime lead. Zach Thannum caught an 8-yard touchdown pass from Peery and J.D. “Quatro” Sumlin squeezed in from two yards out on the left sideline to cap the scoring. Sumlin freed up when J.D. Hernandez laid out a vicious block on an unsuspecting Lawndale defender. The crack was heard up in the announcer’s booth.

“I have to give credit to the offensive line and everybody on this team,” Powell said. “We have a lot of guys that can do everything. We are like a brotherhood. We are tight-knit.”