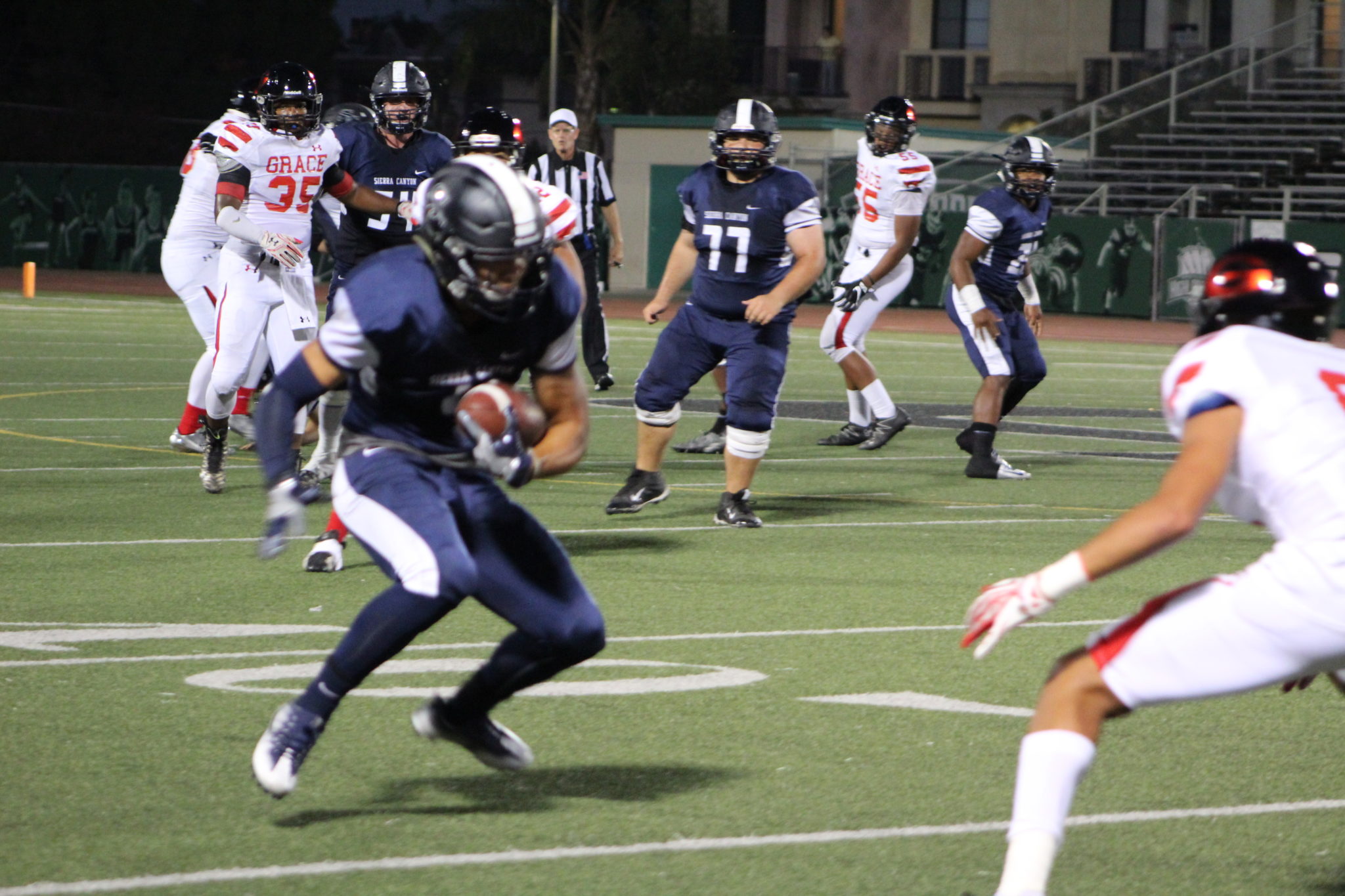 What was billed as the “Small School Super Bowl” did not disappoint. The final outcome was not decided until the last minute of the play when Dominic Shihabi (‘17) recovered an on-side kick to secure the Trailblazers fourth consecutive victory to open the season.

A week after suffering a loss of starting quarterback Niko Harris (‘17) to a knee injury, Johnny Hawkins (‘19) made his first career varsity high school start on Friday.

“I felt good. We prepare all week long, and I felt comfortable with the teammates I had around me,” Hawkins stated. “They knew that we all had to step up and I had to replace Niko.”

Hawkins has been preparing all week long for his first upcoming start on Friday. The first play of the game the Trailblazers returned the kickoff 75 yards down to the three yard line. On the next play, Hawkins handed the ball to Bobby Cole (‘17) who rushed for a touchdown.

Hawkins completed 6 of 11 passes and threw a total of 193 yards and two touchdowns on the night.

“It was good. I shared snaps with Niko all throughout the summer so it was nothing new for me,” Hawkins said. “On the other hand it was nice for me because in a way I got a lot better throughout the week.”

“It went well, you know I was ready to step into that role.” Tait remarked, “Our coaches definitely prepared us for this one.”

Tait had six catches with a total of 193 yards for the night with two touchdowns each for 75 yards. .

“It was good and it was definitely difficult, but we knew that some plays weren’t going to go our way,” Tait said. “We shut them down enough to win the game.”

Tait had to step up yesterday as one of the veterans with the loss of Harris and help the younger guy to become more confident and knowing that he has their back at all costs.

“I think we all just needed to step up and a lot of us did that,” Tait said. “I think that a lot of young guys had to step up into a bigger leadership role and we definitely fought through the adversity in the end.”

Coach Jon Ellinghouse was happy with the way his team responded without their starting quarterback.

“It’s obviously tough when you lose a player like Niko. He is the heart and soul of our team,” Coach Ellinghouse said. “Johnny that kid did a really nice job and I thought he managed are offense well. We ended up doing some different things and we did it well.”