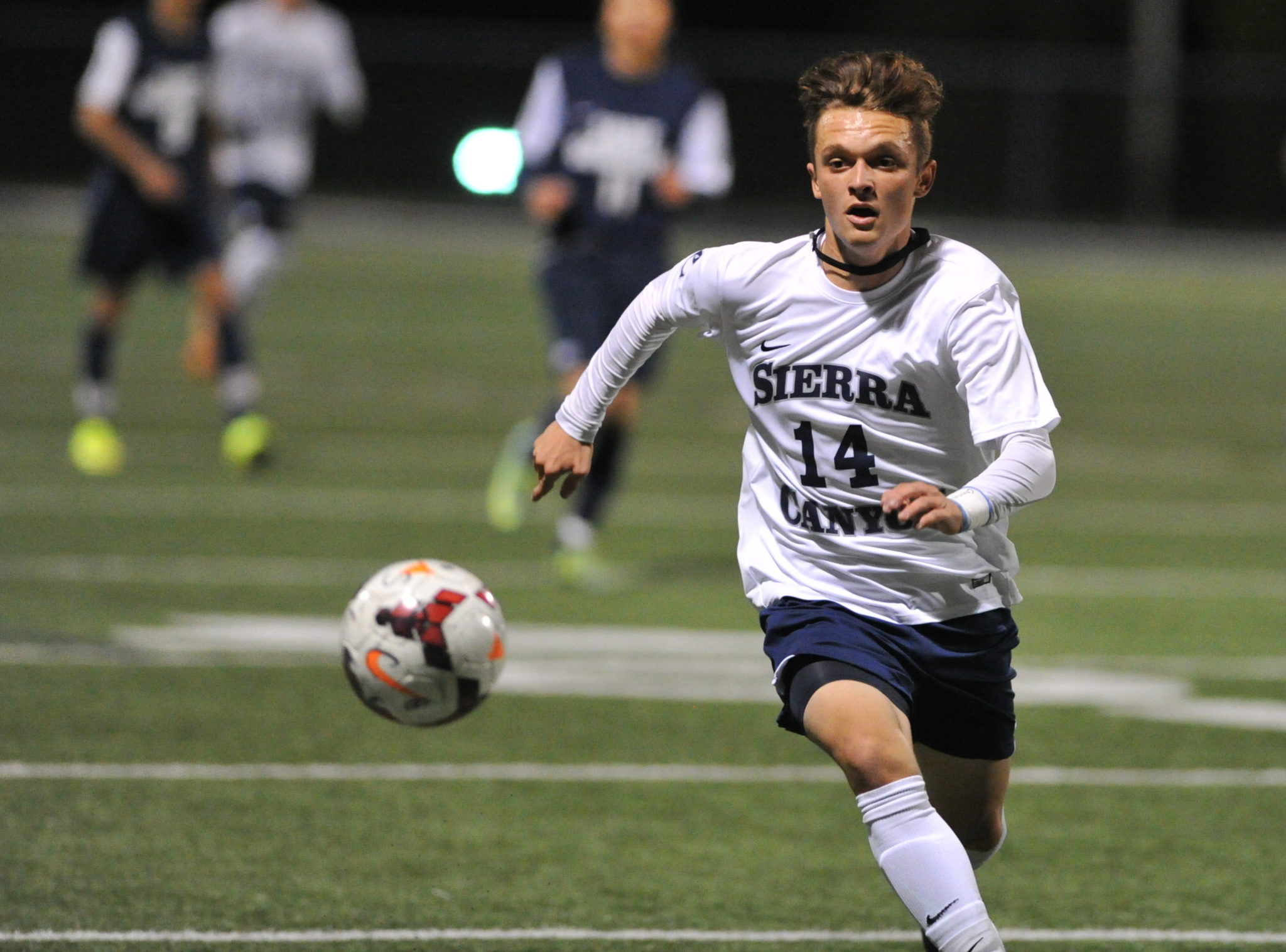 Soccer coach enforces ‘there is no I in team’

With an overall record of 7-4-1, and a current record of 2-2-1 in league, the boys soccer team has already started the season better than last year. Head Coach Will Beard has been able to rely more on his freshmen and sophomores, putting them into situations in practice that have them playing against juniors and seniors.

“My coaching staff and I have always preached, hey it doesn’t take one person, it takes everybody. One day we’re going to need everyone, there will be a turnover or will have an injury somebody will have to step up and take that initiative,” Beard said.

During the game against Viewpoint, the team’s biggest rival, the freshmen had to step up and play for a starter who received a yellow card and were instrumental in the team’s ability to win.

Adrian Pardes (‘18), Brandon Rudolph (‘17), and Gabe Huerta (‘17) have been stepping up for the team during crucial times as well as being able to give inspiration to all the players, especially freshmen.

“The sheer will of getting to the ball first, making sure we rotate and making sure we stay disciplined and with those three leading the team, the rest of us follow them and are able to keep competing and being able to step up when their time comes,” Beard said.

The team is currently in sixth place in league, according to Maxpreps. Playoff predictions show that as of now the boys are not one of the top 25 teams in Division 5, but it is still too early in the season to tell.

“What sets our team apart is the rock solid and inseparable bond between me and my bros. We ride and die for each other and I know that each of my boys have my back. When life gets tough, I can just rely on my boys to get me back up on my feet, ready for the next day to get better as a player and better as a team,” Will Vangelos (‘18) said.