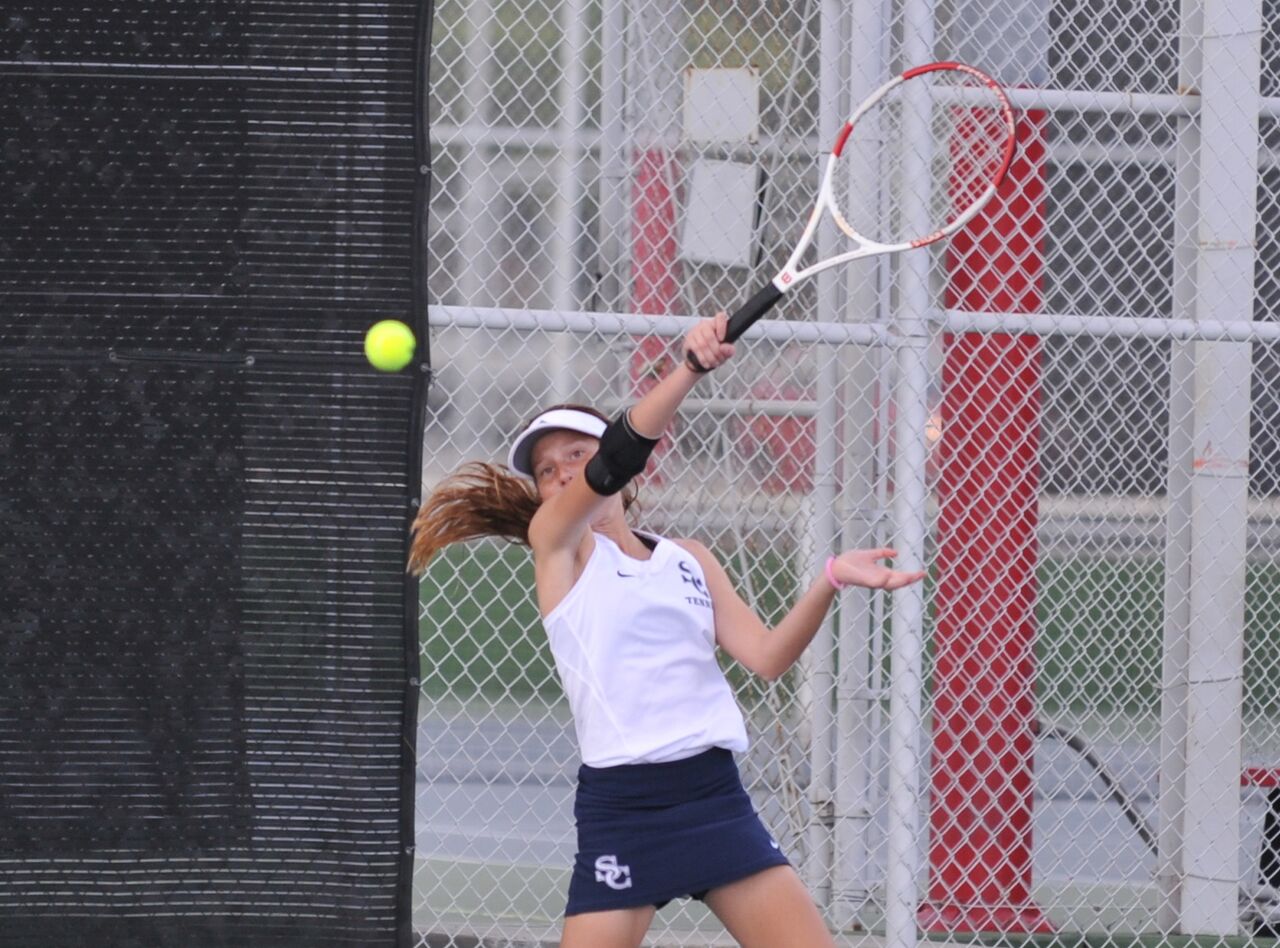 After last year’s flat season, there have been some changes made to the girls tennis team, including a new coach and a new practice facility. These changes have led to a renewed optimism about the team.

“Our goal is to get better and to be competitive,” new Head Coach Troy Aiken said.

Athletic Director Rock Pillsbury stated that this season’s success will not be determined by wins and losses, but by the improvement of every member of the team.

“I don’t feel like you can quantify tennis by wins and losses. To me if the girls are getting better, having fun, and adding depth to our team, then that is successful,” Pillsbury said.

So, what needs to happen for the season to be a success

“I’d say what is most important for improvement is not to look at the big picture. Just take one match at a time, and just try and compete,” Aiken said.

Given that there are no seniors on the team this year, Aiken added,

“I am most excited to see how this team grows and how they develop. We have a younger team… we are gonna just see how we can build this program.”

Also, the team will practice in a new facility. Previously they practiced in Balboa Park and played matches at Warner Center. This year the team will do both at CSUN.

“I feel like CSUN is better for matches, and that it would be better for us to both play and practice at the same facility,” Pillsbury said.

At CSUN, the team can use 24 courts, whereas at Balboa Park, they could only use four courts. Although the team only uses six courts to conduct practice, the extra courts are beneficial.

“The fact that there are more courts at CSUN, makes it easier for us to divide into small groups and work on individual skills,” Avery Aviv (‘18) said.

At matches players can be seen cheering each other on, and remaining positive. No matter how the match is going, there is always a smile on the face of the players.

“(Their biggest strength is) their positive energy. They’ve come out and have been extremely positive, extremely motivated. Everybody has been getting better, especially the people who have been coming out to practice(…) I think that’s the biggest strength because they’re motivating each other, they are pushing each other in practice,” Aiken said.

Aiken has coached tennis for over 10 years and played college tennis at the University of Pepperdine.

“I’ve heard great things about him, and his ability to work with girls. In addition, he was an accomplished player himself and I felt that that would give him instant credibility,” said Pillsbury.

Pillsbury isn’t the only one raving about the coach,

Aiken is connecting well with the team, and changing the practice culture.