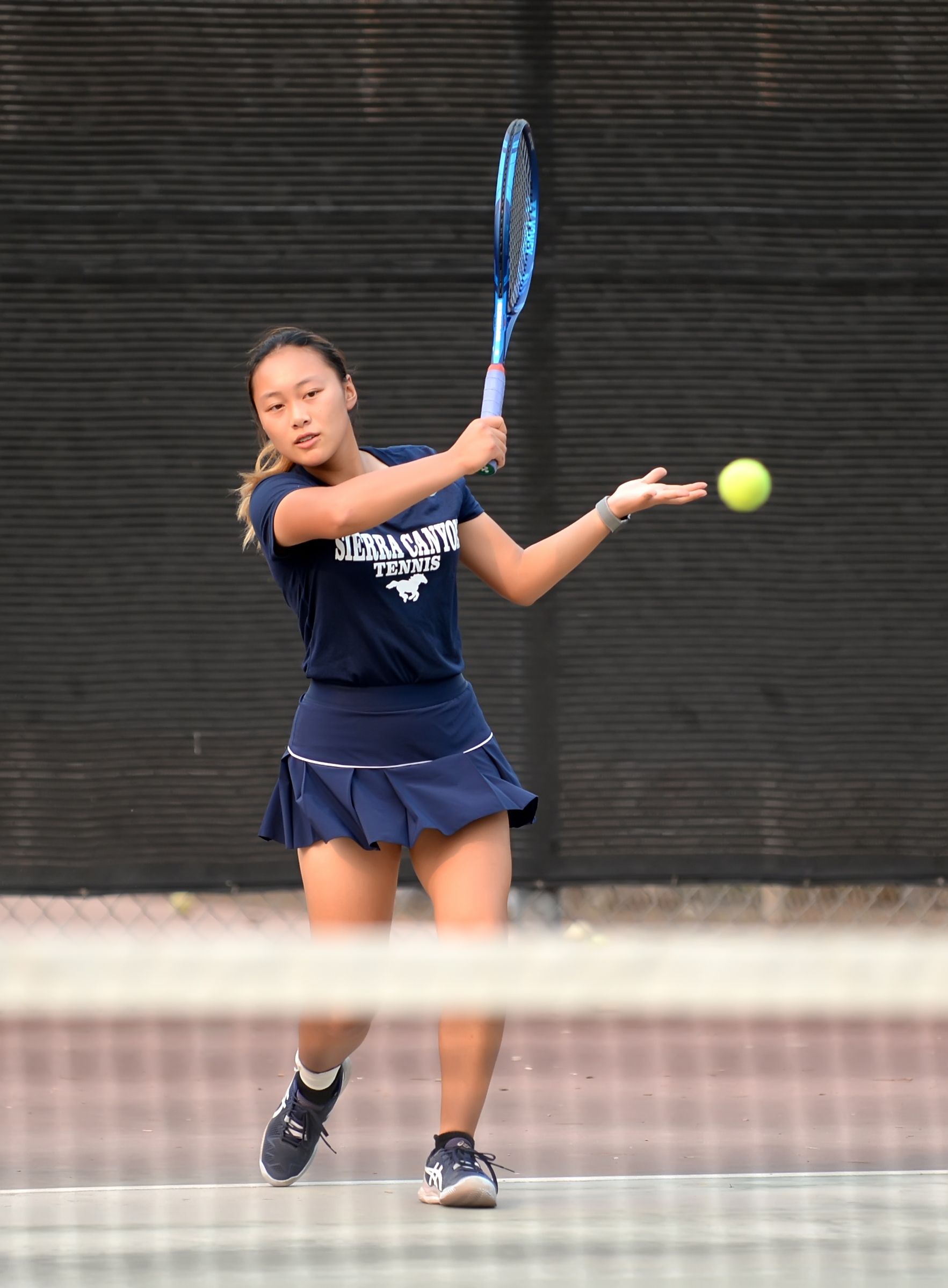 It was a defining moment for the Sierra Canyon girls tennis team.

Valeria Sanz Jones, Alyssa Abulaf and Peyton Gelfuso gathered their teammates following a 14-4 loss to Brentwood and had what Coach Rajiv Datt called a “loving conversation” about how to reach the next level.

“The culture is changing within the team,” Datt said. “Now they have expectations.”

On Monday, the Trailblazers showed up en masse to the Sierra Canyon baseball field at 6 a.m. and put in some speed work and diametric upper body workouts that included planks, side planks, crab walks and bear crawls.

“The team flipped a switch,” Datt said. “They got hungry, and they are ready to do the work.”

After experiencing a breakthrough in Datt’s first year with Sierra Canyon last season, the Trailblazers appear ready to take the next step.

Sierra Canyon has posted a 6-5 record and a 2-2 mark in the Gold Coast League, beating league rivals Viewpoint and Campbell Hall while dropping league matches against Campbell Hall and Brentwood.

A pivotal moment could come Tuesday in a Gold Coast League match at Windward, a team that beat Sierra Canyon last year.

“A win could help us land a postseason berth, but honestly I am focusing more on the process right now and developing players,” Datt said. “And that is why I was impressed with those girls holding a team meeting. It was a family meeting – family members talking to each other and setting each other straight.”

Jones, a foreign exchange student from Spain who advanced to last year’s CIF Southern Section Individuals Tournament, is entrenched at the No. 1 singles spot and has impressed by taking two of three sets against both Campbell Hall and Brentwood.

Datt said a big influx of freshmen is already making an impact with the Trailblazers.

Freshman Betty Chen appears to have solidified herself in the No. 2 singles position and is showing vast potential.

Datt said the team is waiting for the return of Andie Aviv, who would be the No. 3 singles player once she returns from an injury absence.

Datt has also mixed his doubles teams up, looking for the right combinations to get the most out  of his doubles corps.

Abulaf and Gelfuso will certainly be part of that mix with their athleticism and experience.

Chloe Barakat has been steady and is establishing herself as a rising player.

Mariyah Jamali has been solid in both singles and doubles. Angelina Chiang has also been a viable contributor.

Lena Becker is a foreign exchange student from Germany who is transitioning quickly.

“There is definitely some talent to mold,” Datt said. “I am over the moon with all these kids. They are like my daughters. I am grateful for this opportunity here.”

Datt said he likes the upward progression his program is showing.

“We’re trying to mesh personalities,” Datt said. “The support of the administration has been great, the parents are behind the players and the kids are wanting to work and are putting in the time and energy.

“We are working on that team culture. We haven’t really had one here, but it’s only my second year.
“It’s coming.”