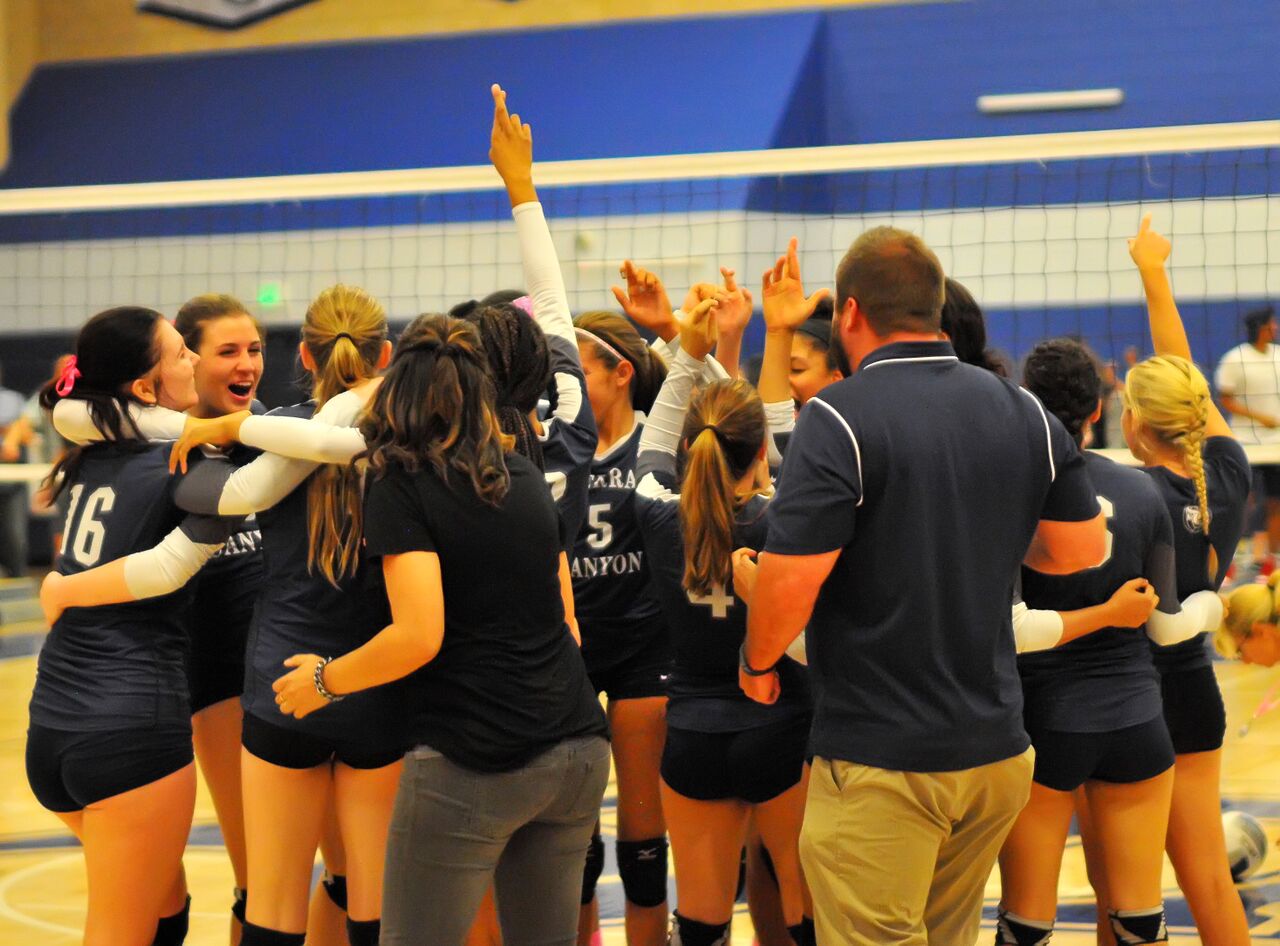 After losing five key seniors last year, Head Varsity Volleyball Coach Stefanie Wigfall’s goal is to be able to expose the younger players to the varsity level so the team can become a powerhouse in the future. All of the veterans have stepped up to fill in the roles of the departed girls.

The girls played Paraclete on Sept. 21, and won in three sets. Their overall record is now 12-6, which includes summer games and two league games.

“We did well in the third set and we all picked up tons of energy as we started the set leading Paraclete 12-0 points,” Danielle Fine (‘16) said.

The girls participated in the San Luis Obispo Mid-State Volleyball Tournament on Sept.11-Sept.12. The team competed in the Gold Division Bracket and despite not having their entire roster present, the girls placed in the top 15 out of 44 teams. At practices, the girls spend a half hour serving the ball. Also, they prepare for game situations, do drills, and scrimmage. The dynamic of the team is very close knit. According to Team Captain Rachel Mair (‘16), the returners have done as many team bondings as they can.

“Since we are a young team and have a lot of new freshman, we try to be as inclusive as possible and we always here to be a family from eating meals together before a game or saying hi in the hallway to each other,” Mair said.

“When Cameron is finally able to play, we’ll be more well-rounded as a blocking team. Also, she has awesome energy and will help give us the edge we need in hard matches,” Bailey Wilson (‘17) said.

As for the rest of the season, the girls hope to make the playoffs and hopefully win the Gold Coast League title. If they were to win league, it would be the Girls Volleyball first league title since 2013.

The Girls’ next game will be on Sept. 30 against Brentwood at the gym at 5 p.m.