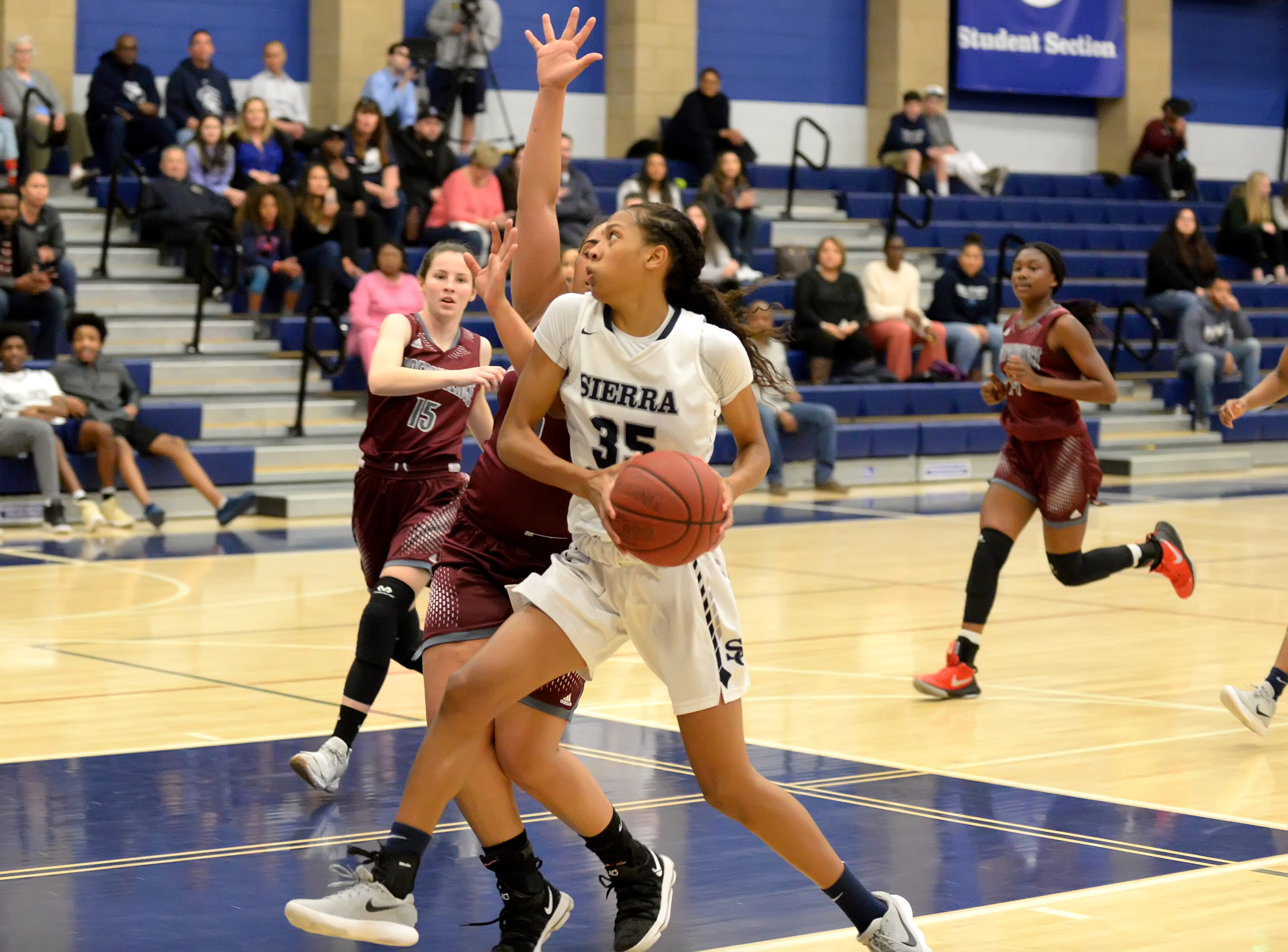 ALHAMBRA — The top-10 state ranked Sierra Canyon girls basketball team got its season off to a wonderful start after winning four games this past week in the Mark Keppel tournament and in the process winning the championship of the highest division.

The junior trio of Ashley Chevalier, Vanessa De Jesus and Alexis Mark led the way in a 73-42 championship game victory against host Keppel.

Chevalier scored 24 points and grabbed 13 rebounds, Mark scored 22 points and De Jesus poured in 20 in a well-balanced effort. Sierra Canyon (4-0) jumped out to a 16-4 lead in the first quarter and never looked back. The lead was 36-19 at halftime before it increased to 31 points in the third quarter.

The girls were also impressive earlier in the week. The season opener was a 62-42 victory against Fairmont Prep of Anaheim. De Jesus (21 points, 10 rebounds), Chevalier (13 points, 12 rebounds) and Mark (12 points and 15 rebounds) each recorded double-doubles.

The next win came against Corona Centennial, 60-44. Angela Bacoulis scored 16 points, including four three-pointers late in the game to create separation. De Jesus had 15 points, 10 rebounds and six assists.

It was Mark’s turn on Friday in a 77-62 victory against Rosary. Mark scored 25 points, grabbed nine rebounds and dished out six assists. De Jesus was her steady self with 18 points, seven assists and three rebounds.

Sierra Canyon is back in action at 6 p.m. Saturday at home in a nonleague game against Orangewood Academy.