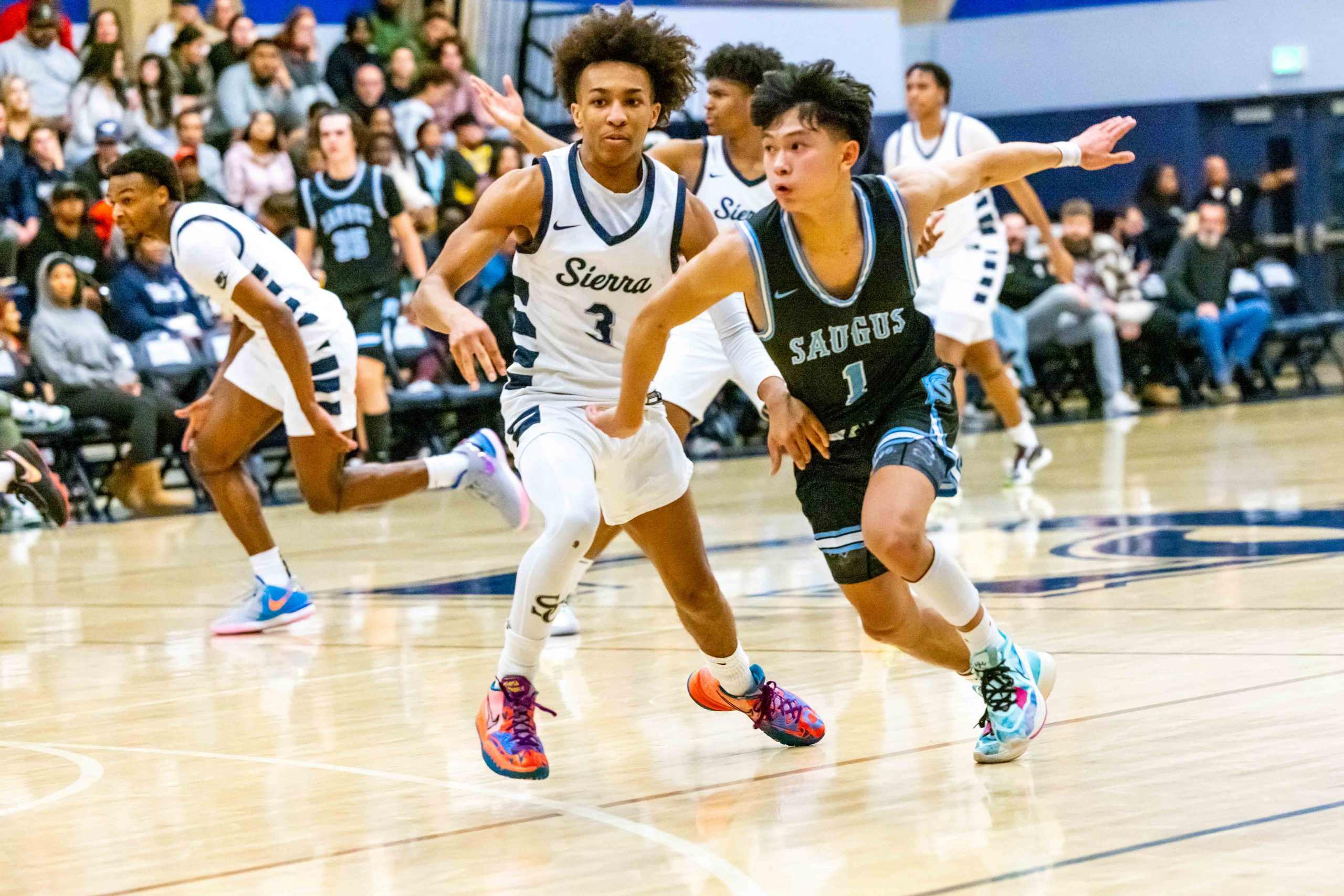 The Sierra Canyon boys basketball team is off to a solid 13-3 start going into the new year.

The Trailblazers recently finished in third place at the prestigious Les Schwab Invitational with an impressive 81-66 victory against Bishop Gorman (Las Vegas, Nevada).

“He’s the fastest kid I have ever seen with the ball,” Sierra Canyon head coach Andre Chevalier said. “We definitely had a hard time staying in front of him.”

The Trailblazers also have a couple quality victories against San Joaquin Memorial, St. Joseph of Santa Maria and Christ the King (New York).

“The guys are still getting to know each other and figure things out,” Chevalier said. “I like the direction we are going and we want to be playing our best basketball in January, February and March.”

A trio of seniors have been leading the way. Bronny James, Ashton Hardaway and Jimmy Oladokun have been stapes along with senior point guard Dylan Metoyer.

Isaiah Elohim is emerging as a top flight junior wing and can score in bunches. Newcomers Noah Williams and Bryce Cofield are also contributing in positive ways.

The team will host Valencia and its trio of standout players (Mikah Ballew, Bryce Bedgood and Kai Davis) before starting Mission League play Friday against Chaminade.

A huge game awaits on Saturday at USC’s Galen Center against Wheeler (Georgia) and standout point guard Isaiah Collier before Sierra Canyon will travel to Massachusetts for a game in the HoopHall Classic on Martin Luther King, Jr. day January 16th.

The two biggest league games of the year will be January 20th at Harvard-Westlake and January 27th against Notre Dame at UCLA’s Pauley Pavilion.