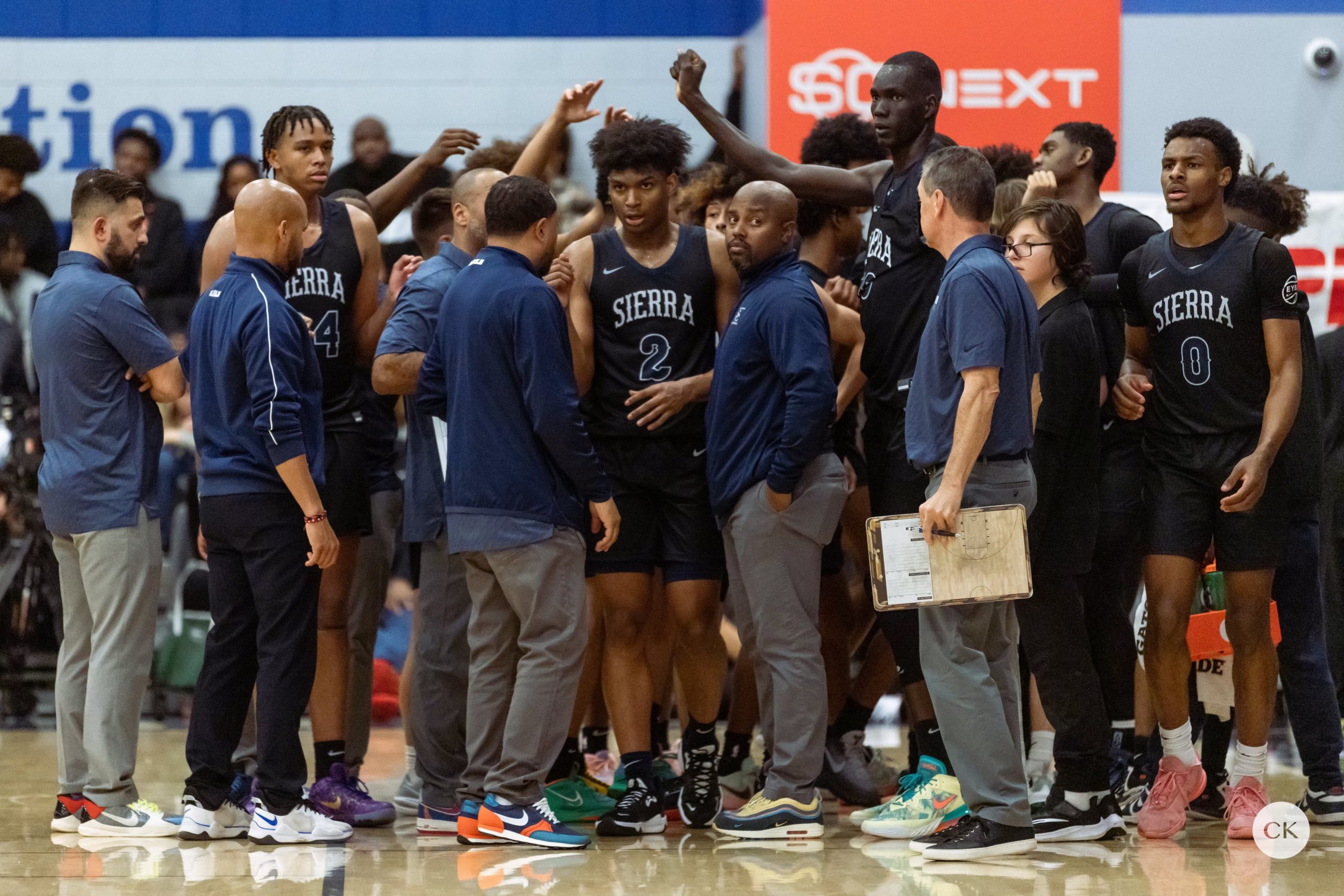 It was a star-studded affair Monday night at Sierra Canyon school in Chatsworth.

With all the trimmings, bells and whistles.

A made for TV event went off without a hitch. It was New York vs. California. It was basketball meets Hollywood.

And ESPN was there to capture all of it.

Jay Bilas and Paul Biancardi were on the call, LeBron and Carmelo were sitting courtside and the Kardashians even stopped by.

James finished with 12 points and threw down a monster slam dunk in the first quarter which brought the crowd to its feet and cell phones instantly turned to social media.

It was 20 years ago to the day, James’ and Anthony’s fathers went head-to-head. St. Vincent-St. Mary took on Oak Hill. The dads each scored over 30 points on that night.

“It was a very special night and special game for our school, community and fans,” Sierra Canyon coach Andre Chevalier said. “Everything went well.”

Isaiah Elohim scored 17 points to lead Sierra Canyon and showed he is getting his groove back after being sidelined with a leg injury for six-plus months. James’ 12 took the burden off and 6-foot-10 center Majok Chuol had eight points and nine rebounds in a very balanced effort for the Trailblazers (7-1).

UCLA-bound Brandon Williams scored all 17 of his points in the second half to lead CTK (2-2). Anthony finished with a basket and two 3-pointers.

Sierra Canyon jumped to an early lead and never trailed. It was 27-17 at halftime. CTK cut the deficit to six points in the third quarter but could get no closer.

“Our guys were focused and engaged,” Chevalier said. “I thought we did a nice job defensively and we were able to keep them off the glass.”

LeBron and Carmelo embraced at halfcourt for a few words to reminisce about their battle 20 years ago.

Sierra Canyon now travels to Ohio for a game Saturday against SV-SM at Nationwide Arena in Columbus.