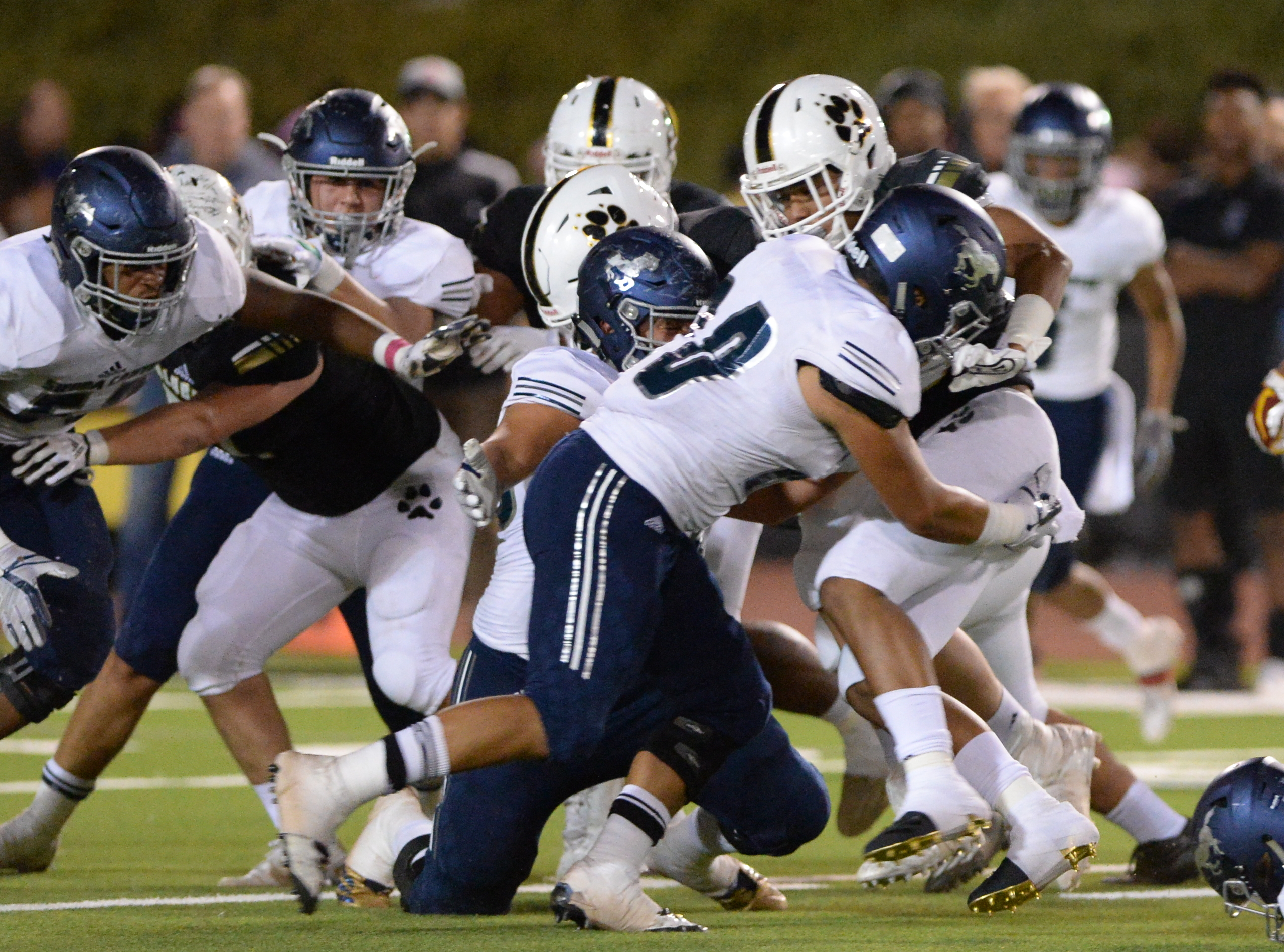 The visiting Sierra Canyon Trailblazers (6-1) showed energy, passion and an ever-growing maturity in their upset win over the Calabasas Coyotes (6-1) on a beautiful Friday evening in front of a hostile home crowd. Playing on Friday the 13th and on Calabasas’ Senior Night couldn’t even curse the Trailblazers performance, which was nearly flawless in their 26-14 victory

It was apparent that Sierra Canyon was prepared and ready to play from the opening snap, as they clicked on offense, defense and special teams while jumping out to a 20-0 first-half lead.

Strong opening-half performances have become a staple fort his Trailblazer team during the past several weeks. Against the Coyotes, it only took three plays for the Trailblazers’ defense to come up with a key fumble caused by JD Hernandez and recovered by Ronald Kamulali.

The fumble sparked the Trailblazers momentum and led to their first score, which came off the first pass of the game by Chayden Peery to Corey Jones for a 54 yard touchdown.

“It was amazing getting on the board that early in the game,” said Corey Jones. “It gave our team some momentum and confidence moving forward.”

Two more interceptions by the Trailblazers’ defense led to another 10 points by the offense and set an aggressive tone for the rest of the game that shell-shocked the Coyotes.

Freshman quarterback Chayden Peery did a great job leading the offense in the victory as he completed 21 of 37 passes for 231 yards, three touchdowns, and no turnovers. He truly stepped up when he needed to in the biggest game of his young career.

Corey Jones also had a great game on both sides of the ball. On offense, he ran for a total of 56 yards and he had more than 130 yards receiving. On defense, Jones had great coverage on Calabasas’ wide-receivers all evening, including an interception.

The special teams also looked impressive with momentum-changing plays. Joshua Reiter blocked a punt and the punt team downed the ball on the Coyote’s one yard-line later in the game, trapping the Calabasas offense near their goal line.

“Playing teams that are high-level competition makes it feel like we are growing up,” said Coach Jon Ellinghouse. “Everybody had us as an underdog, but we didn’t believe that.”

Indeed, the Trailblazers played like they belonged among the elite high school football teams in Southern California on Friday night, shedding the title of underdog.

The night got even better after the game when Sierra Canyon’s head coach Jon Ellinghouse was presented with the LA Rams coach of the week award.