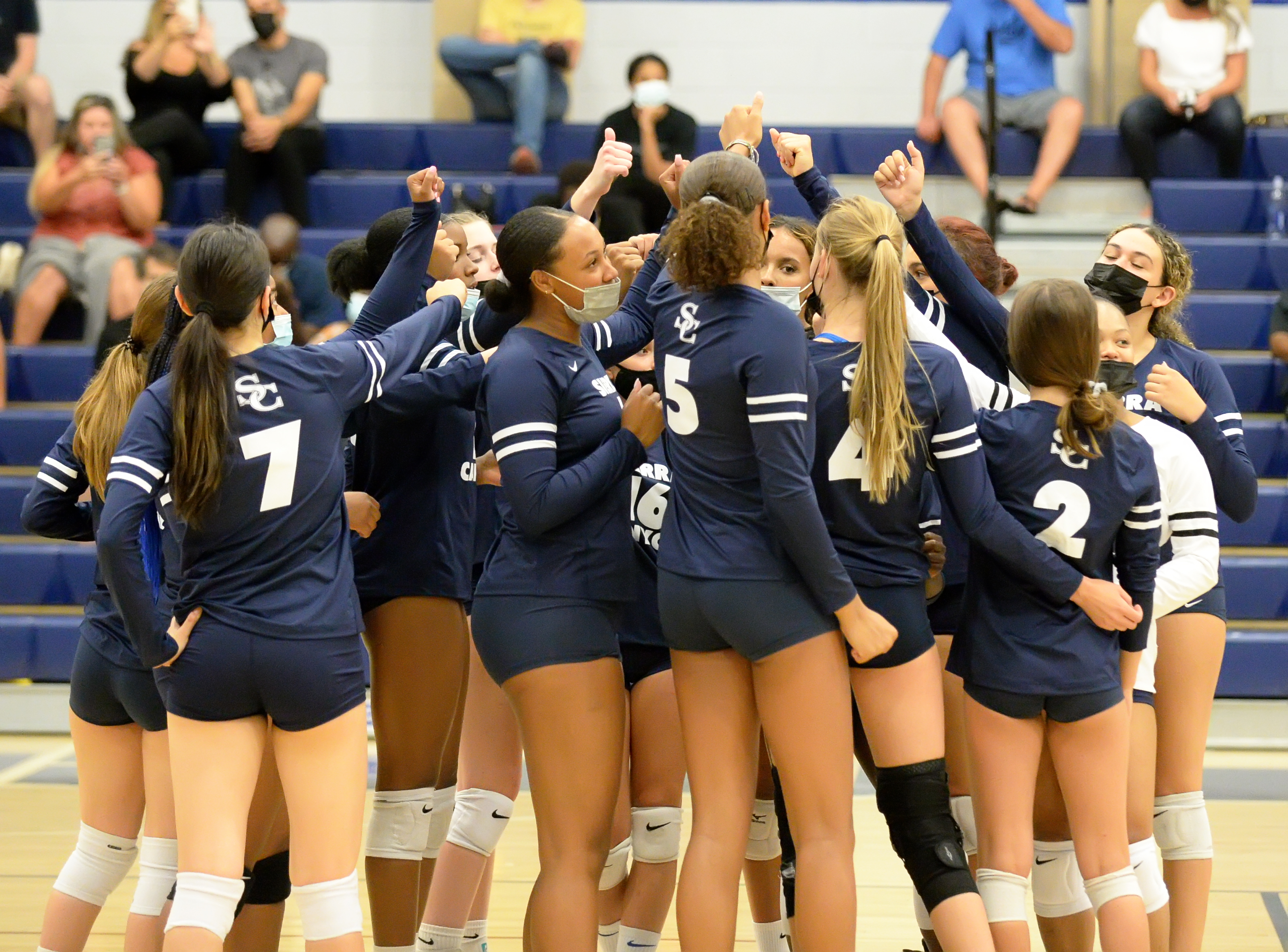 A genuine sense of excitement comes over Sierra Canyon girls volleyball coach Stefanie Wigfall when she looks at her team roster for the 2021 season.

“I don’t know if we have had a more athletic team,” Wigfall said.

That is quite a statement from a coach who has built Sierra Canyon into a perennial power, one that has captured five consecutive Gold Coast League championships to accompany CIF Southern Section crowns in 2016 and 2017 and a state title in 2017.

The roster is laden with athleticism.

The biggest question will be experience.

Wigfall will plug a lot of young players into key roles this year, players who have not chalked up a lot of high school experience, especially due to the cancellation of the 2020 season due to the pandemic.

“We have power, athleticism and speed,” Wigfall said. “But none of that matters if you don’t have a volleyball IQ. I love the opportunity to work with these great athletes, but there will be a lot of learning and teaching.

“We should have a drastic improvement by the end of the season.”

What Sierra Canyon lacks in terms of high school experience, it makes up for with its club volleyball experience.

“We have players who have high-level club experience, but are young in high school years,” Wigfall said. “Not having a season last year, that lack of experience shows.“

Junior outside hitter Olivia Babcock is one of the top recruits in the nation and will be a go-to player for Sierra Canyon.

Her sister Natalie Babcock will also be looked upon as a vital contributor.

Senior libero Nala Henderson is a key returner who will provide valuable experience and leadership for Sierra Canyon, which will try to overcome the loss of senior outside hitter Sidney Montgomery, who suffered a season-ending leg injury.

“We’re going to be good. We’re pretty young though, and there will be a lot of learning this year,” Wigfall said.

Sierra Canyon has started the season by winning seven of its first 10 matches.

“It was a good tournament for us,” Wigfall said. “There was a lot of progress and we were able to figure out some things. We did not schedule too many nonleague matches, so it was good to get on the court and get some match experience.”

Sierra Canyon opened Gold Coast League play with a four-set victory over rival Viewpoint on Tuesday and should be the favorite for its sixth consecutive league title. Campbell Hall appears to be the biggest threat.

Sierra Canyon will also test itself at the prestigious Durango Tournament in Las Vegas that boasts some of the top teams across the country on Sept. 17-18.

Then Sierra Canyon could land in one of three playoff divisions.

Either the cutthroat Open Division or the hearty Division 1 playoffs could prove to be a challenge for such a young squad.

Or Sierra Canyon could potentially do some major damage if they make the Division 2 playoffs.

“We have a lot of potential,” Wigfall said. ““It might be next year before we do something in the Open. We can do well in Division 1, but if it’s Division 2, we could do something big.”

All the while building for the future.