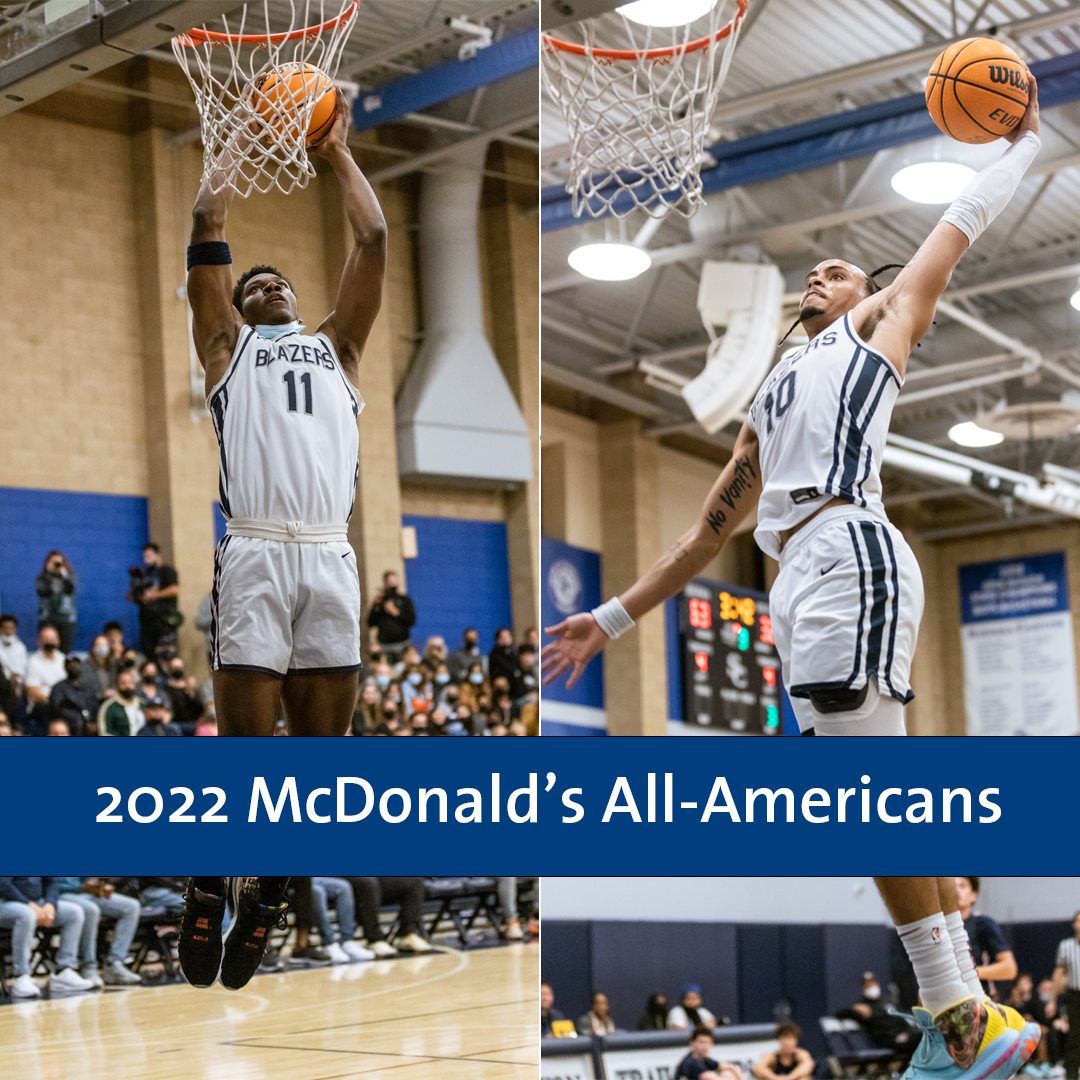 Sierra Canyon basketball coach Andre Chevalier was eager for the news about the McDonald’s All-American game.

His players had the starpower and his program had the pedigree, but the McDonald’s All-American Game is one of the nation’s more prestigious high school basketball events and there were no guarantees.

Turns out Sierra Canyon will have two players represented at this year’s McDonald’s All-American Game.

UCLA-bound Amari Bailey and USC-bound Kijani Wright were the only players from Southern California selected to this year’s McDonald’s All-American game on March 29 at Wintrust Arena in Chicago.

“It continues to establish our program as one of the best in the country,” Chevalier said. “It lets everyone know when kids come to Sierra Canyon, they are going to get developed and recognized.”

The McDonald’s All-American game had been canceled the last two years due to the pandemic. It will be broadcast live on ESPN at 6 p.m. Pacific Standard Time on March 29.

Bailey and Wright were selected as part of a 24-player pool that boasts the country’s top talent.

They follow in the footsteps of Brandon Boston Jr. and Ziaire Williams, former Sierra Canyon teammates who were selected as McDonald’s All-Americans in 2020.

“It speaks to the hard work of the young men who have made the All-American team, and it speaks to the development of our players,” Chevalier said. “It also means a great deal to our school.

Bailey is a bona fide blue-chipper. The 6-foot-5 guard is the top-ranked guard at his position and the No. 2 overall ranked player in this year’s senior class, per Sports Illustrated. His explosiveness – particularly in the open court – separate him from his peers. His dunks are usually of the highlight-reel variety.

Bailey is averaging 17.7 points per game this season despite being slowed by a leg injury.

“Amari is just a monster in all aspects of the game,” Chevalier said. “He can defend, he can score, he can pass. This year as a senior, he’s our leader. He covers the full gamut of basketball across the board.

“When you look at players in the country that have the skill level and mindset, he definitely touches both those aspects.”

Wright is averaging 14.6 points and 8.5 rebounds for Sierra Canyon this season, helping shoulder the burden in Sierra Canyon’s 19-2 start as Bailey continues to mend.

“The world should know Kijani is an All-American kid,” Chevalier said. “He is All-American as a person, as a student, as an activist and as an athlete.