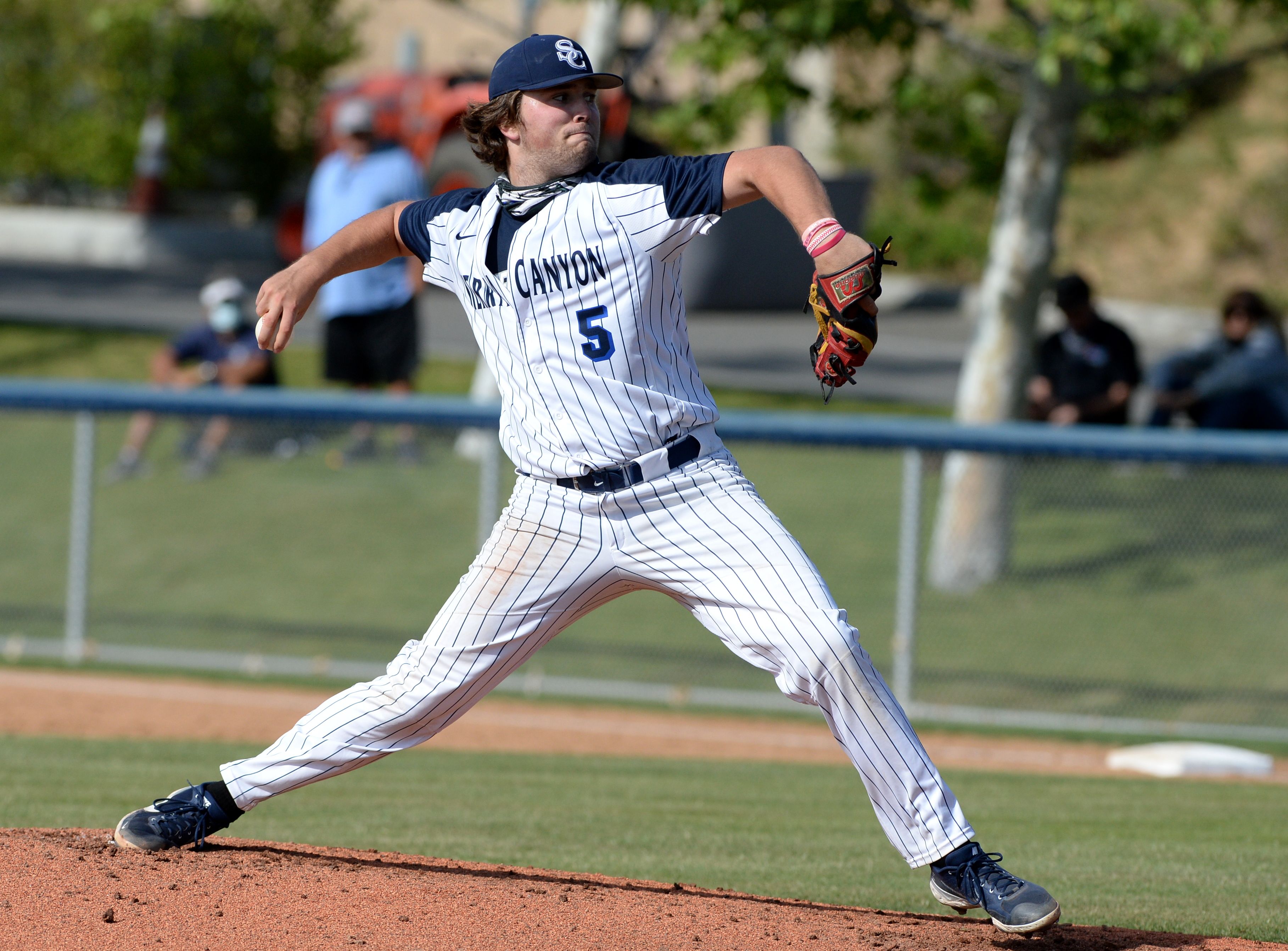 Baseball gearing up for deep run

Observations and insights are being made in notebooks and iPads.

Sierra Canyon is about to embark on one of its most anticipated seasons with a stockpile of aces.

Seniors Jaden Noot (LSU commit) and Thomas Kassius (Duke commit) are Perfect Game All-Americans projected to be selected in the early rounds of the MLB Draft in July. They are coming off a strong summer of tournaments and showcases.

Senior closer Max Martin is committed to UC Irvine, and senior Eddie Mgdesyan is racking up college offers as well.

“We are going to have one of the top pitching staffs around,” Royster said. “Jaden and Kassius might end up being taken in the first two rounds and are ranked No. 1 and 2 in the state. It’s hard to get better than that. The guys right behind them are D1 college prospects. Both throw over 90 mph and aren’t even the main starters.

“Pitching will definitely be our strength.”

The scouts have taken notice.

Royster said the den of scouts began with 20 regulars and has been steadily growing, even expanding to practices and bullpen sessions.

“Now we have scouts from every Major League team and some college scouts too,” Royster said. “I fielded 30 calls ahead of last week’s (winter ball) tournament. They want to know who’s pitching, or when is the tall first baseman (Martin) going to pitch.”

Imagine when the games actually begin on Feb. 12.

Sierra Canyon will try to build off an dazzling 23-4 campaign that saw the Trailblazers capture a share of the Gold Coast League title and advance to the cutthroat CIF Southern Section Division 2 quarterfinals.

Sierra Canyon will boast a challenging schedule. It opens the season at the Easton Tournament Feb. 12 at Grace Brethren. It returns to the Boras Classic in South Orange County to make its mark against perennial powers such as JSerra, Huntington Beach, Notre Dame and Mater Dei.

“I can promise you that wherever we are, we will be over-ranked with our pitching staff,” Royster said. “Just because we have good individuals doesn’t mean we are just going to win. We are competing against some very talented schools.

“We have a good lineup and we are putting in the work and making sure it translates, but our defense is going to have to match our pitching.”

Sierra Canyon’s lineup might prove to be fairly formidable.

Junior catchers Ethan Munoz and Oregon-bound Kehdan Hettinger will be key in handling the pitching staff and providing some pop in the lineup.

UC Davis-bound senior shortstop Andrew Cisneros profiles as a leadoff hitter and spark atop the lineup.

Noot and Thomas will play in the outfield when they are not pitching. Martin will be at first base when not pitching, and Mgdesyan will play at third base.

The lineup is so deep that Royster said Julian Areliz- a sophomore pitcher and outfielder verbally committed to Cal – does not have a defined role just yet.

“We have some great competition going on within our own team,” Royster said.

Royster also credits an all-star coaching staff for helping turn Sierra Canyon into a rising baseball powerhouse that sends its players to the next level.

“This coaching staff is so solid with their preparation, making sure the kids get what they need,” Royster said. “These coaches have won state and national titles. They know how to make the kids better and teach them how to win.