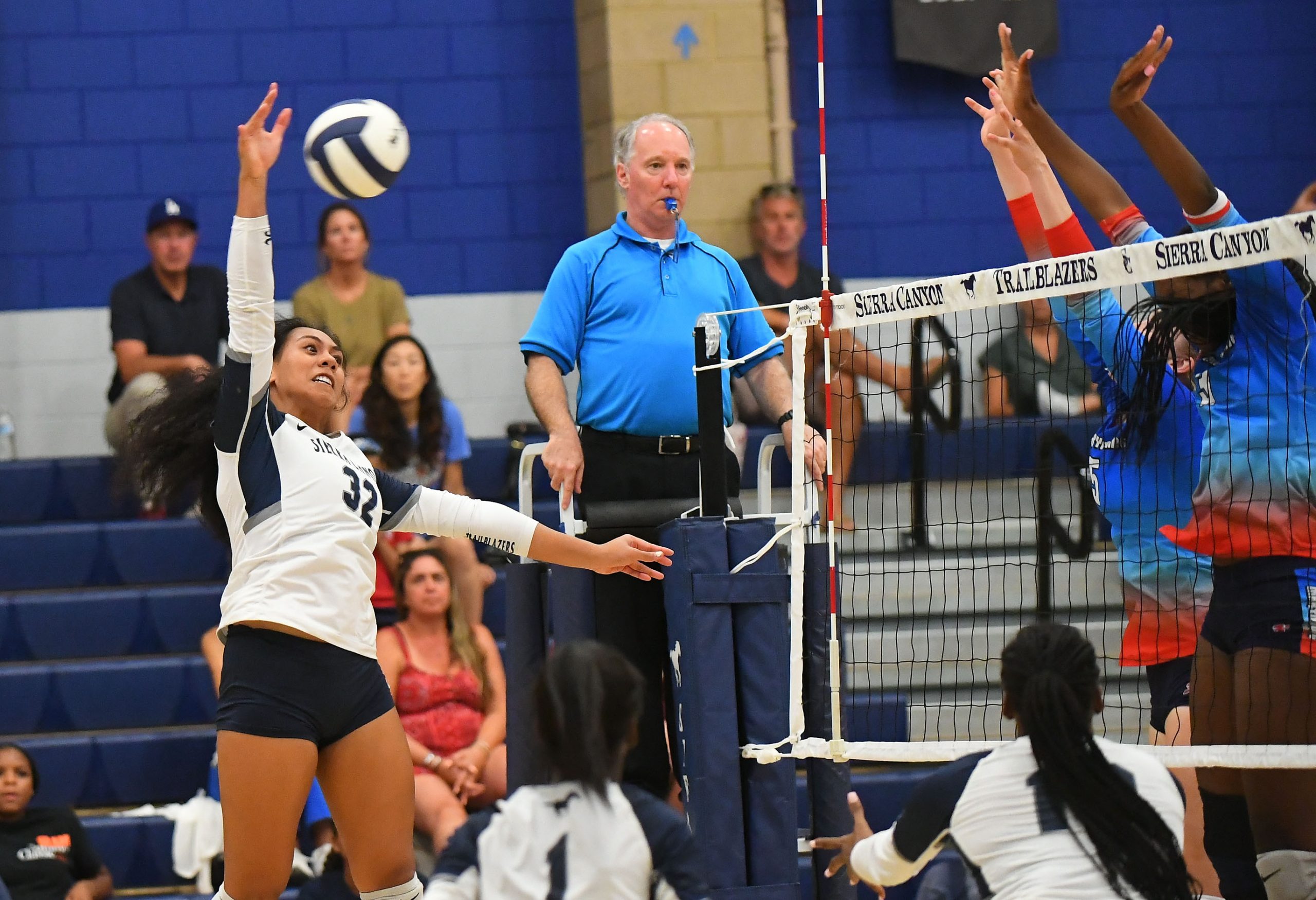 The Sierra Canyon girls volleyball team is having another fantastic season.

The Trailblazers are currently 27-4 overall and 7-1 in the Mission League. Sierra Canyon is expected to be a high seed in Division 1 when the playoff brackets are announced next week.

The only four setbacks are against Mira Costa (top-ranked team in So. Cal.) in Hawaii at the Ann Kang Invitational, San Clemente, Iolani (Hawaii) in Las Vegas at the Durango tournament and Marymount in league play.

Pitt-bound Olivia Babcock has been a steady force all year slamming kills from the right side. Cornell-bound Jada Sione has provided more strength on the left, Clemson-bound Ava Hewitt-Smith has been a monster in the middle and Danica Rach (committed to Boston College) is a jack-of-all-trades helping everywhere.

Other key contributors have been Maddie Way (committed to Hawaii), Sade Illawole and sophomore Lauren Lynch.

One big streak came to a close recently. Sierra Canyon’s 77-match winning streak in league contests was finally ended when Marymount was victorious in four sets on October 4th. The Trailblazers had won 71 consecutive Gold Coast League matches dating back to September 15, 2015 and won its first six Mission League matches this year.

However, a new streak has started. Sierra Canyon knocked off Alemany in four sets on October 6th.