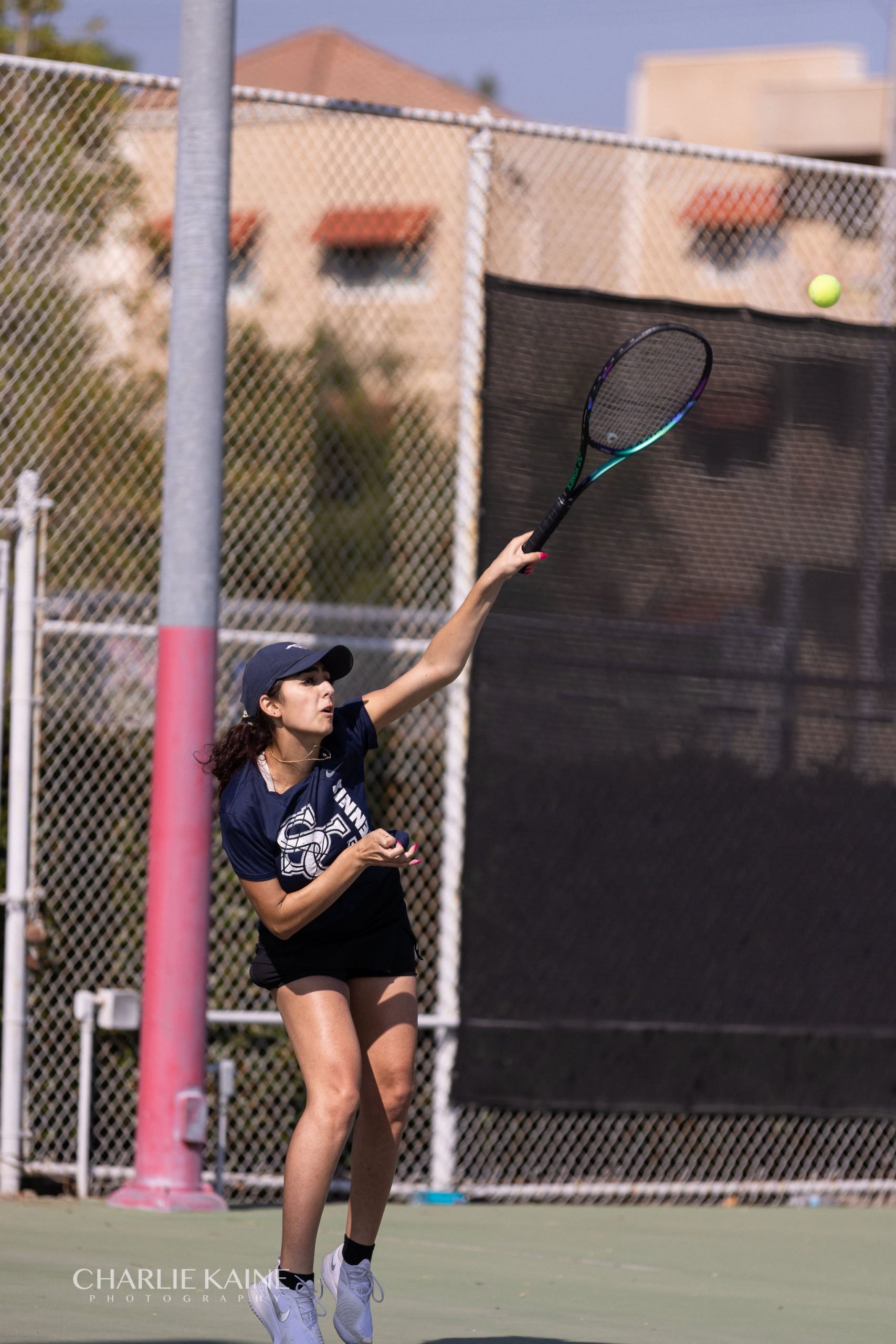 There has not been a landmark victory or singular individual performance that has defined the season.

It has been bigger than that.

“It’s been more of a cumulative thing,” Datt said. “The wins keep building on each other. It’s not just one victory. It’s the consistency that has been impressive.”

Sierra Canyon finds itself on the precipice of a major milestone for the program.

In its first year outside of the deep and daunting Gold Coast League, Sierra Canyon has thrived in the Sunshine League and is poised to bring home the program’s first league title.

Sierra Canyon went undefeated through the first round of league play and could seize control of the league title race if it beats Marymount on Tuesday. Sierra Canyon topped Marymount 10-8 on Sept. 22.

“We didn’t know what to expect because we were new to the league and we weren’t sure what the other teams had,” Datt said. “We were focused on our own goals.

Sierra Canyon has found success with two standout singles players, a handful of impactful transfers who have been malleable in doubles and returning players making vital contributions wherever needed.

It starts with freshman Lyric Wilson and sophomore Betty Chen, who have each gone unbeaten in singles through the team’s first nine matches.

Datt said they compete in the junior circuit and train at TMX in Burbank and are setting the tone for the rest of the program.

“Their work ethic is different,” Datt said. “They train like they want to play college ball.

“Lyric just doesn’t lose. Betty worked on a very specific technique last year that has helped her evolve in terms of strategy.”

Viewpoint transfer Sienna Martin and Crossroads transfer Ally Thau have made an immediate impact in doubles.

Martin paired up with returner Hannah LaChapelle to form a vaunted doubles team.

Thau has also established herself quickly and works well with whomever she is paired with in doubles.

“They have come over and just taken over in doubles,” Datt said. “We’ve paired them up with some of our returners and they have been good with volleys and rallies. I couldn’t be happier.”

Flintridge Sacred Heart Academy transfer Christa Kudaverdian has also picked up pivotal points in singles. Returner Danica Quinn has also been strong in singles, including an impressive tiebreaker victory over Immaculate Heart after rallying from a 5-2 deficit.

Datt also praised the development of Emma Nassiri, a returner who Datt said could produce some key points down the stretch as Sierra Canyon takes aim at that suddenly-within-reach league title.

“People are starting to gel and are finding their place,” Datt said. “It does not matter if you are No. 3 doubles or No. 1 singles, every role is important. Every point matters.”

Its first Sunshine League victory was a tight 67-64 decision over Immaculate Heart in games after a 9-9 tie on Sept. 20, but Sierra Canyon came back for a 13-5 victory on Oct. 6.

It has also produced 13-5 league victories over Notre Dame Academy and Louisville.

For Datt – in his third season as head coach – it has been about transforming the mindset.

“We are laying the foundation for the culture,” Datt said. “When you talk about two-a-day practices with morning conditioning and afternoon hitting, I want our players to want to come here expecting that and looking forward to that.

“We have to develop a mentality that is not the country club mentality where you look pretty, hit the ball and sip iced tea. These girls are doing it.

“All I want for them is to be one day better than the day before.”