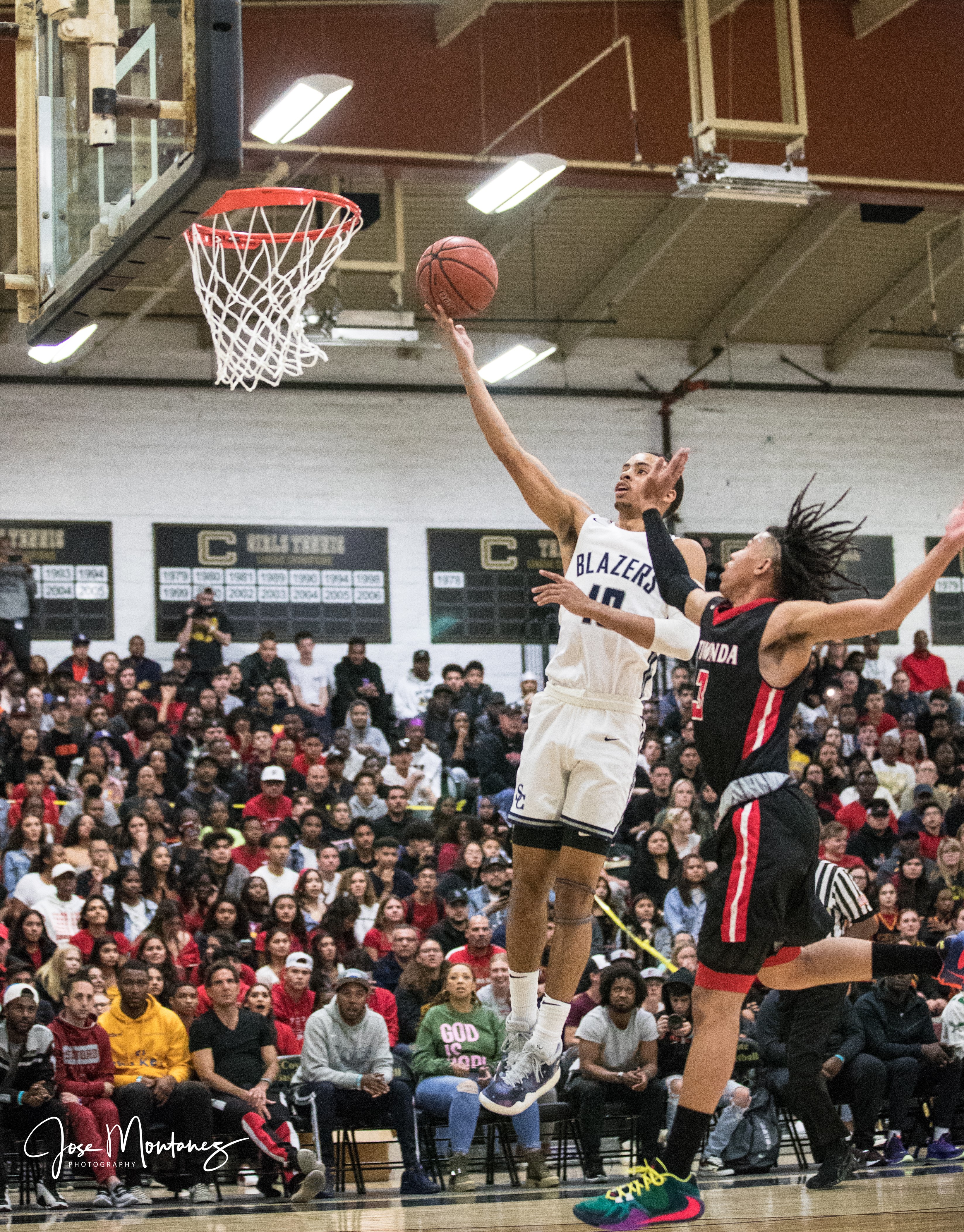 It was a prolific moment in a poignant season.

Ziaire Williams brought the ball upcourt, draped by an Etiwanda defender. He dribbled to his right, momentarily lost control of the ball, cut back to the left, created separation and drilled a pullup jumper as time expired for one of the most stunning finishes in the program’s proud history.

Williams held his follow-through and backpedaled as he admired his shot. He was immediately embraced by Amari Bailey and mobbed by the rest of the team.

It was a moment that was making the rounds on social media after being spotlighted by the Los Angeles Daily News, SportsCenter and Sports Illustrated for Sierra Canyon, ranked No. 15 in Maxpreps’ national poll.

In a highly publicized season that includes numerous national broadcasts, marquee matchups and a following that is somewhat reminiscent of the Ball Brothers at Chino Hills, Sierra Canyon dug deep to extend its season.

Then Sierra Canyon cranked up the defensive pressure and Brandon Boston Jr. went to work.

Boston scored 11 of his 26 points in the fourth quarter, including a tying 3-pointer with a minute left to ignite the late push.

Sierra Canyon had beaten Etiwanda 57-53 at the Damien Classic on Dec. 28 and 73-62 in the CIF Southern Section Open Division semifinals on Feb. 21.

But Sheldon was reinstated before its Regional semifinal and escaped with a 59-58 victory over Dublin thanks to a 27-point performance from Marcus Bagley, the younger brother of former Sierra Canyon standout Marvin Bagley III, who later starred at Duke and is now with the Sacramento Kings.