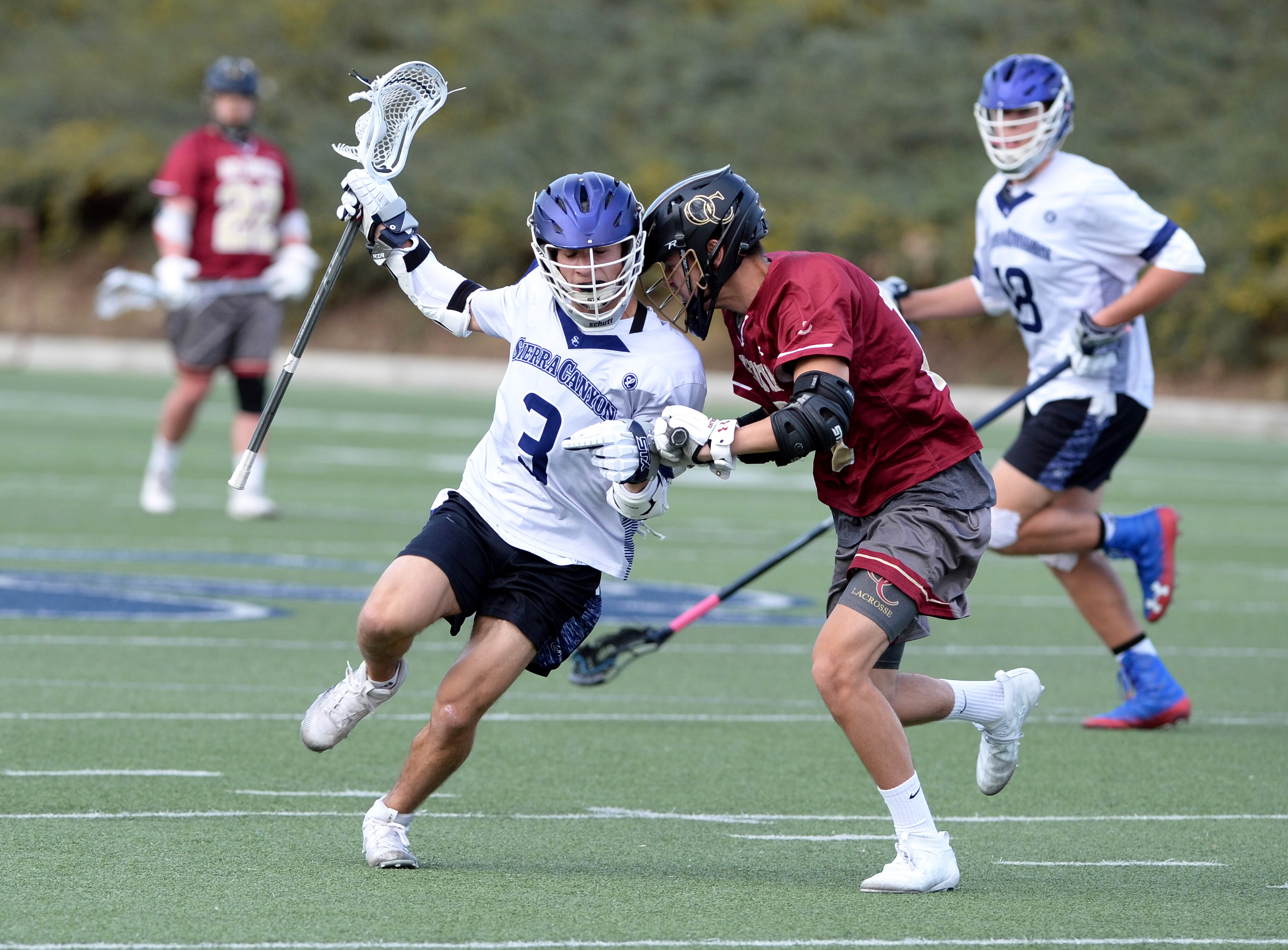 There was never any panic. No alarms or sirens.

A Code Red was never initiated.

“Our schedule is very front-loaded against perennially strong teams,” Waibel said. “We are still establishing our identity, but it’s starting to come out.”

Though Sierra Canyon had not started 0-3 since Waibel’s first season at Sierra Canyon seven years ago, Waibel knew the results would eventually turn around despite tough losses to Oaks Christian (11-9), Agoura (13-12) and Crespi (10-7) to open the season.

Perhaps that comes from the perspective of being a five-time reigning Gold Coast League champion.

“We played good games against good teams. Really, we didn’t have any bad games,” Waibel said. “We’re starting to trust each other more, both offensively and defensively. On defense, that level of trust is allowing us to be more aggressive and earn takeaways, and that helps the offense.

“And in the middle of the field, we’re becoming very dominant and showing great execution.”

Senior Alex Brooker led a balanced attack against Rancho Bernardo with three goals. Graham and Huddleston each had two goals. Brown and junior Will Francavilla each had one goal and one assist. Senior Clinton Kaboni and junior Donovan Williams also had goals, and Brass added two assists.

“What’s nice for us is that points are coming from different goal scorers,” Waibel said. “We usually have had 5-7 different guys on the board with goals and assists, and that is great balance.”

“Jake has been phenomenal,” Waibel said. “The way he clears the ball adds a whole new dimension for us.”

Sierra Canyon has been the only champion the Gold Coast League has known in its five-year existence, a league that includes Brentwood, Viewpoint, Crescenta Valley, Glendale and Village Christian.

Waibel said one of the more encouraging aspects of this year’s team has been the overall unselfishness.

“We are spreading the love around,” Waibel said. “There’s not a lot of egos when it comes to scoring. They all just want the team to be doing well.”