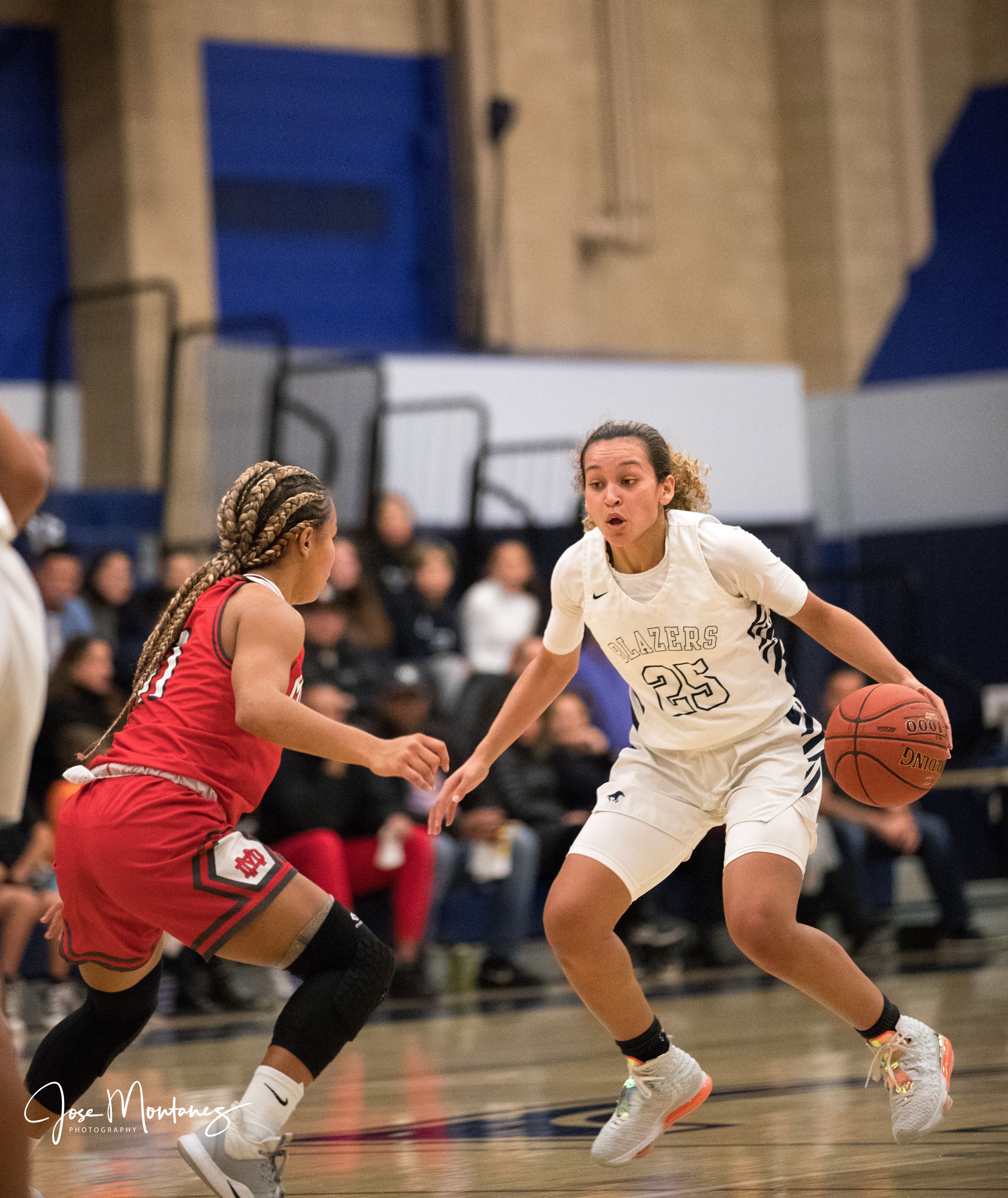 The expectations were lofty. Weighty even.

As the reigning CIF State Open Division champion, the Sierra Canyon girls basketball team knew it was going to garner a lot of attention.

“This group was consistent all season long,” Sierra Canyon coach Alicia Komaki said. “We always play hard. No one ever questions that. We play with heart, we play with passion and we always play together.”

Ultimately Sierra Canyon saw its season end with a 65-59 loss to Gold Coast League rival Windward on Tuesday night despite one of the Trailblazers most impressive performances of the season.

Sierra Canyon held a 57-47 lead with 5 minutes and 20 seconds left in the game before Windward made a late charge.

“It has not fully sunk in yet,” Sierra Canyon senior Vanessa Smart said. “It still feels like we are going to have practice tomorrow.”

Sierra Canyon finished with a 25-7 record, having won the Gold Coast League crown and advanced to the elite CIF Southern Section Open Division playoffs and the Regional Open Division field.

The apex turned out to be a wild 56-54 overtime victory over Windward on Jan. 22 that gave Sierra Canyon the Gold Coast title.

“That was our rival, at our house – that was a big game,” Sierra Canyon sophomore Vanessa DeJesus said. ‘We definitely had a lot of expectations this season, and we have no regrets. I had a lot of fun, playing with my sisters. We played well all season and fought through adversity.”

Beyond the backbreaking schedule, Sierra Canyon also had to overcome the loss of Rosemary Odebunmi.

The Pepperdine-bound Odebunmi experienced swelling all season in her knees before being shut down when an MRI revealed a torn anterior cruciate ligament that required surgery.

Odebunmi’s last game happened to be the overtime thriller against Windward in the regular season.

“Losing Rose took a toll on and off the court,” Smart said. “Especially losing her after that Windward game. I think that’s when we came together. That’s when we bonded. We were playing for her.”

Texas-bound senior Ashley Chevalier displayed the starpower and scoremaking capability that she displayed throughout her storied career.

“We played one of the toughest schedules in the country,” Chevalier said. “We’re one of the few high schools that rises to that level.”

Chevalier took it up a notch in her high school swan song, scoring 21 of her 25 points in the first half against Windward. Mark scored 11 points, DeJesus had eight points and Smart scored six for Sierra Canyon.

“We were up 11, then I looked up at the scoreboard and that lead was gone – I still can’t believe it,” DeJesus said. “I was to thank my teammates and all my coaches, especially Coach Komaki. We really had a great season.”