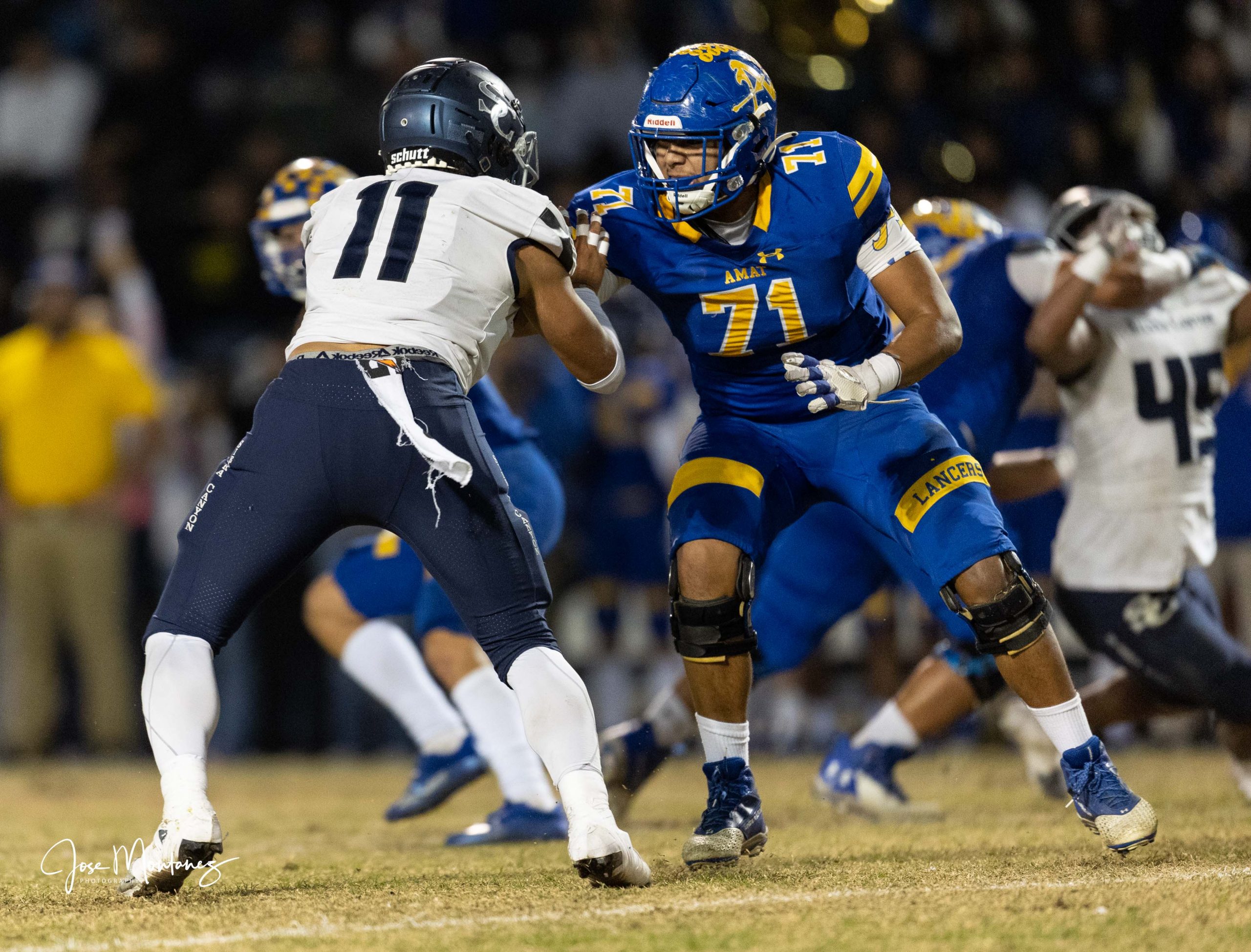 The Sierra Canyon football program is right back where it likes to be.

The Trailblazers went into La Puente and knocked off host Bishop Amat 29-23 on Friday night in a Division 2 semifinal game.

Dane Dunn rushed for 166 yards and scored two touchdowns to lead Sierra Canyon (9-4), which has reeled off seven consecutive victories.

The victory not only avenged a heart-breaking 31-28 double overtime setback to Bishop Amat back in week 6 but advanced the Trailblazers to their 7th championship game appearance in the last 12 seasons with playoffs.

Sierra Canyon fell behind 7-0 just as it did last week in a quarterfinal game against fellow Mission League-rival Serra of Gardena. But the Traiblazers never panicked and came up with another come from behind victory.

The lead grew to 22-7  thanks to an 8-minute plus drive and 27-yard field goal from Ashton Zamani before two touchdowns from Bishop Amat.

Rodney Sermons returned a kickoff 98 yards for a score and Adrian Ramos rushed for a 6-yard touchdown. It was 22-20 with under nine minutes remaining and anybody’s ballgame.

However, Terrell Cooks returned the ensuing kickoff 50 yards to set up good field position. Dunn scampered 43 yards and scored from three yards out for a 29-20 lead.

Jae’on Young and Jaylen’dai Sumlin each had interceptions late to thwart any Lancers comeback bid.

Sierra Canyon held Bishop Amat to 23 points. The Lancers had scored 70 and 64 points in their previous two playoff games.

Sierra Canyon is 7-3 all-time in the semifinals and 5-1 overall in championship games with five victories in a row, going for six next week against Inglewood. Sierra Canyon will host either Friday or Saturday.

Inglewood knocked off Chaminade 41-38 in overtime in an instant classic at South Torrance HS.

Inglewood is 13-0 overall this year and most famous for running up the score 106-0 last year against Morningside before losing to Alemany in the Div. 2 semifinals.