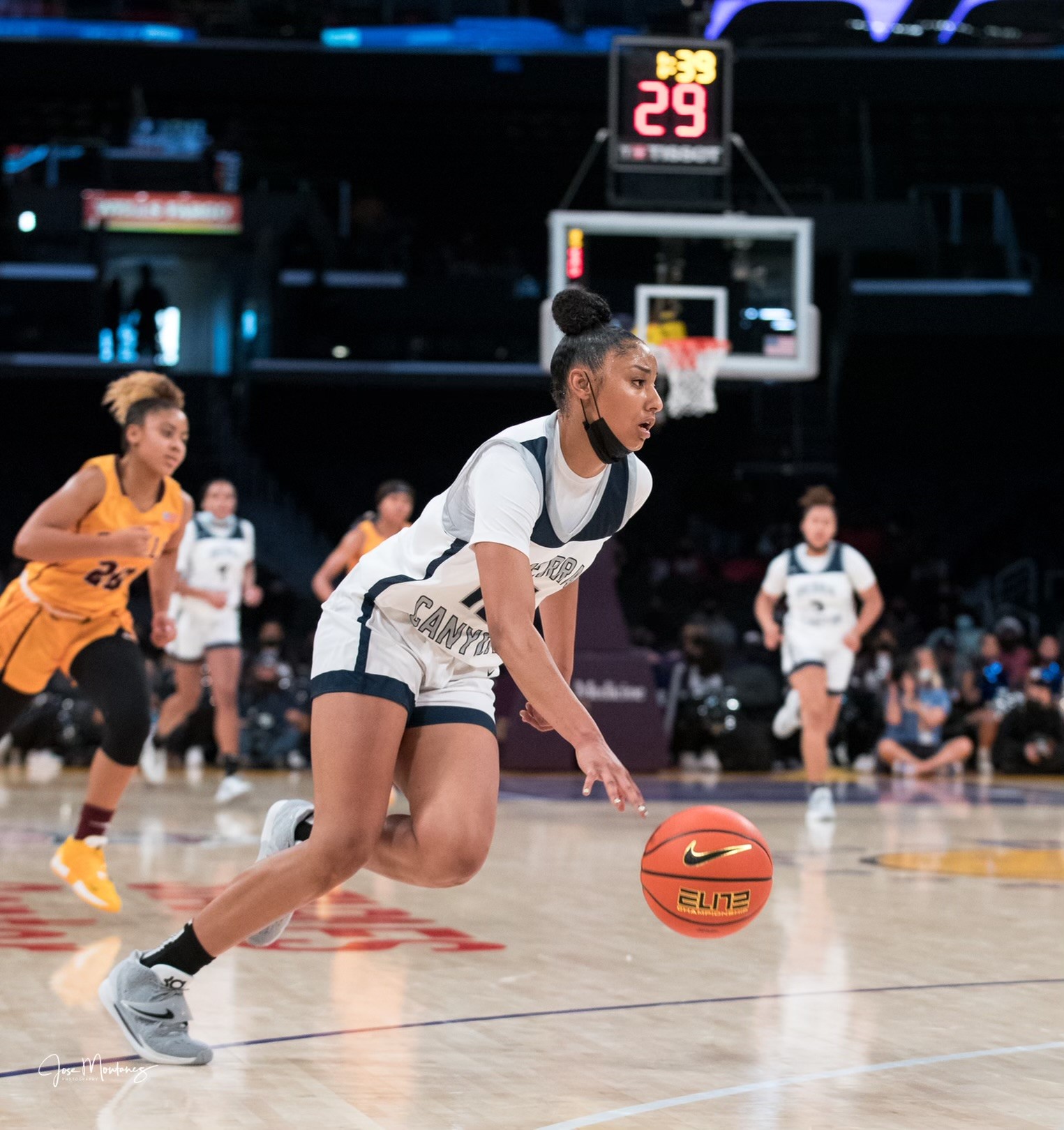 She is a superstar. She is a can’t-miss-prospect. She is a state champion. She is a Team USA gold medalist.

And she is headed to USC.

JuJu Watkins announced Tuesday in a special ceremony at school on ESPN that she will stay home and attend USC next year to continue her academic and athletic career.

“It was a very meticulous process and it was a long process and we took all of our time,” Watkins said. “There is no place like home.”

Watkins is the number 1-ranked player in the country and expected to play at the highest levels across the world. She chose to stay close to home instead of attending South Carolina or Stanford.

“I could fit in at all three but could only choose one at the end of the day,” Watkins said.

Watkins averaged 24 points and 10.5 rebounds last year while helping the Trailblazers to their fifth state title and second in the Open Division. Watkins is a force at all three levels.

“She can really do it all,” Sierra Canyon coach Alicia Komaki said. “She can drive, post up and hit the three. She is a matchup nightmare for opposing defenses. And she does it all within our team concept. She gets other players involved and knows when to take over.”

Watkins helped Team USA to a gold medal in the 17-under championships over the summer. Watkins has secured NIL deals with several companies and should only see that expand by staying in Los Angeles.

College, the pros, money, fame and fortune are definitely in her future.

However, all she wants at the moment is to win basketball games and another state championship.