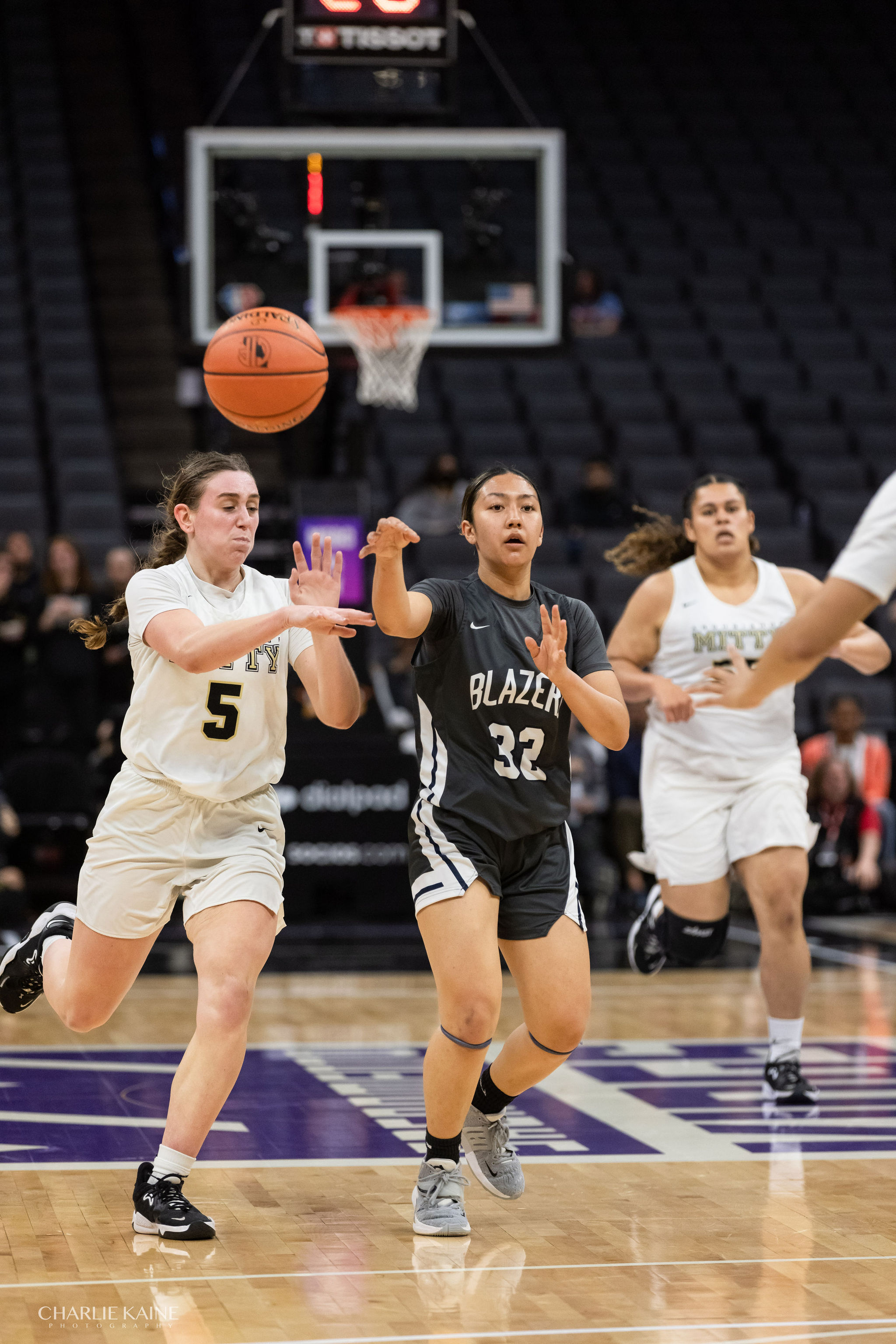 The Sierra Canyon girls basketball team has a big, giant ‘X’ on its back this year.

After winning the Open Division state championship last year and the core of the team all returning, Sierra Canyon will get every team’s best shot to try and take it down.

“We know we are the ones being hunted this year,” Sierra Canyon coach Alicia Komaki said. “Last year there was a group of teams all trying to get to the top spot. We got there at the end. We know that means every team is coming after us. We love the challenge to not get caught.”

Komaki has great weapons at her disposal. Number one is all-american JuJu Watkins. Watkins is a generational-type talent that comes along once every 10-15 years. Watkins is labeled as a can’t miss prospect. Watkins is making her decision between USC, Stanford and South Carolina.

“Obviously, JuJu is an exceptional talent and great player. She can do it all on the court. I am glad she is on our side. It makes my job easier.”

Watkins had plenty of help.

MacKenly Randolph is a junior power forward with several Division 1 offers and Izela Arenas is a top junior guard. The role players are excellent, as well.

Christina Reynoso, Sophia Ruelas and Kayla Malek are experienced veterans that know the system well. And watch out for talented freshman forward Emilia Krstevski. She is a force on the block.

Sierra Canyon joins the Mission League this year and will battle with Harvard-Westlake, Alemany and Marlborough. Gone are the days of beating up on Crossroads, Campbell Hall and Paraclete.

The team will take several out-of-state trips this year. Louisiana, Utah, Nevada, Oregon and Massachusetts are all on the docket. Plenty of frequent flyer miles to go around.

One goal for the program is to win the Southern Section Open Division championship on its way to the state championship. The section title has eluded the Trailblazers in recent years. Sierra Canyon lost to Windward in 2019 and Etiwanda last years before coming back to win the highest crown, knocking off both teams it lost to on the way, respectively.

“We would love to win the Southern Section title first,” Komaki said. “That’s always the first championship we want.”