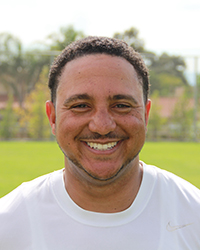 With the hiring of the brand new head coach, Will Beard, the varsity boys’ soccer team kicked off the season with a 2-0 victory against St. Genevieve High School in their first game on Nov. 30.

“I think Will Beard will make a huge impact on our team this coming season,” Adrian Paredes (‘18) said.

Beard has worked many jobs from coaching for Real So Cal Soccer Club to working with special needs kids in an academic setting: working in a school environment is not new to him. In addition to these kind of experiences, he also played on the soccer team for Cal State Northridge for four years and has coached youth soccer for a total of nine years.

“Will is a coach that knows how to instill a strong work ethic, while ensuring that we enjoy the process of improving as a team,” Paredes said.

Unlike last year, boys’ soccer is one of four teams that do not have enough players to have separate JV and varsity teams. Because of this change, last seasons’ JV players have moved to the varsity program this year.

In addition to several games, both away and at home, the boys’ soccer team will be competing in the Santa Susana Classic tournament starting Dec. 28. This tournament will last for three days and the team will be playing against Milken Community, Channel Islands, and Simi Valley on the Athletic Field. The boys’ soccer team is looking forward to a season of success under Beard’s coaching.

“Our main goal collectively is to win league and to go as far as we can to win playoffs. From there, we can compete for the state championship. I believe that our new coach is more than capable to help us shoot for these goals and to push us toward success. But in the end, it’s up to us to achieve them,” Blake Buss (‘19) said.