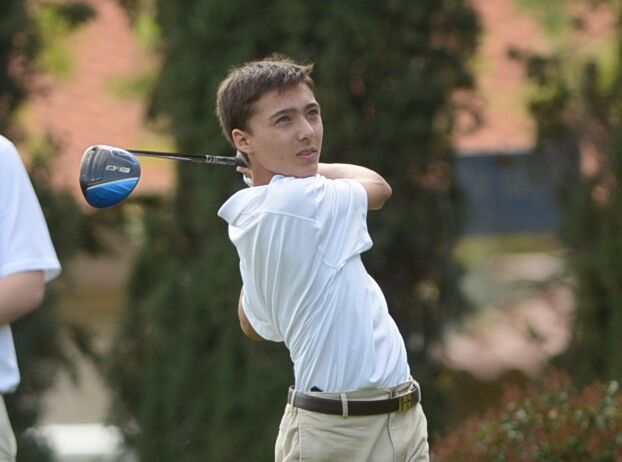 The golf team has high expectations heading into the season, hoping to work hard and eventually win the league championship.

“We have sophomore Luke Winfield (‘18) and senior Matt Gaskin (‘16) returning, and I think with those two, and all of the talent we have on this team, we have a chance to compete for the league championship,” Head Coach Mike Low said.

For players, the golf season marks a chance for them to show off all of the work they have been putting in throughout the offseason.

“I’ve been working out all throughout the year. I’m excited to get a chance to get on the course. I just need to stay focused and think that I am in a tournament to be successful,” Winfield said.

“I’m excited to be able to play with my friends, and have fun while at the same time I try to do my best,” Christian Chitty (‘19) said.

For Winfield, he wants to be able to continue his success and actually advance to the state tournament for the first time in his career.

“This year is different from last year because I am older, and I am stronger. I also know my competition a lot better, so I am able to play better,” Winfield said.

For the entire golf team, the goal is to succeed to the best of their capability and if that happens, then they expect to be able to win a league championship.

“I’m sure we can compete for the league championship, and next year I got a feeling that we are going to win a couple of them in a row,” Low said.