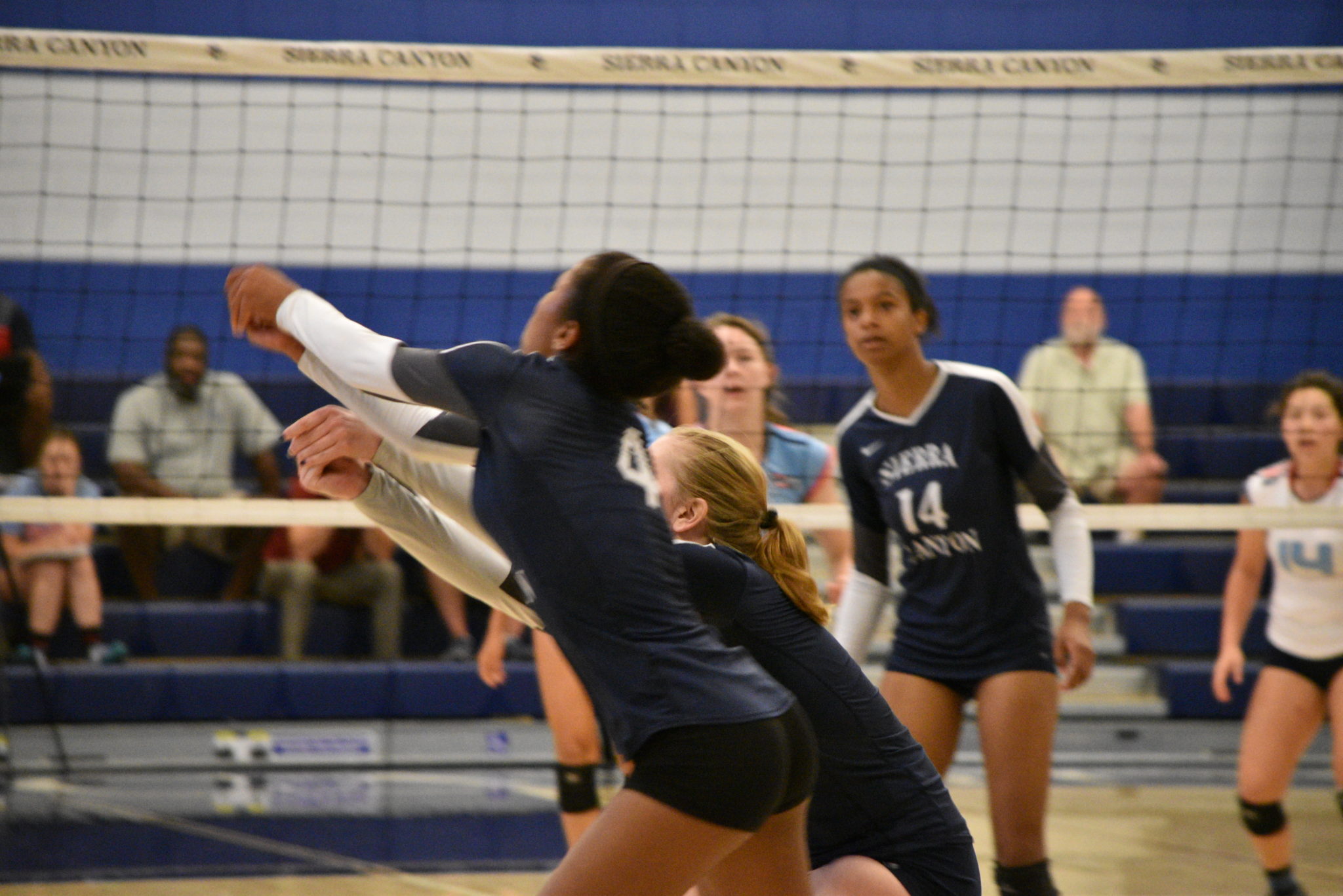 “That was my first CIF final, I have been in a lot of big matches but never a CIF Final and there was something different about the feel of that day.” Wigfall remarked. “I do not think I was as settled in as I could have been. If I ever get there again, I can guarantee I will be more settled in.”

“It was great, we all played together as a team and it was really fun to go out there and play.” Jordan said. “It makes me feel really good that they can count on me to put a ball away.”

Jordan along with the other new varsity members including Jordan Pillsbury (‘17), Kayla Tait (‘17) and Amanda Olinger are according to Wigfall making a big difference to the team.

“Cracking under pressure doesn’t seem to be in the nature of our underclassmen.” Wigfall said.
The team has been in the gym working with setter Bailey Wilson (‘17) to set to each of her hitters and finding a rhythm for the team.
“Anyone would want to be a setter on this team, this is exactly the situation you want. It’s hard cause each hitter needs a different set and you have to get the timing down and the connection. Bailey has a great arsenal with big guns everywhere and when we get everything down it will be really scary.”  Wigfall said.

The team has been working in the gym for a long time with a chip on its shoulder after last season’s loss to the Royals.  . This being their third match and second win of what seems to be the beginning of a good season.

“I definitely think it’s evidence of our progress and also just reflective of us literally think about this since November and having this bad taste in our mouths since the CIF Finals.” Head coach Stefanie Wigfall said. “It feels good to be at this match and come out on top.”