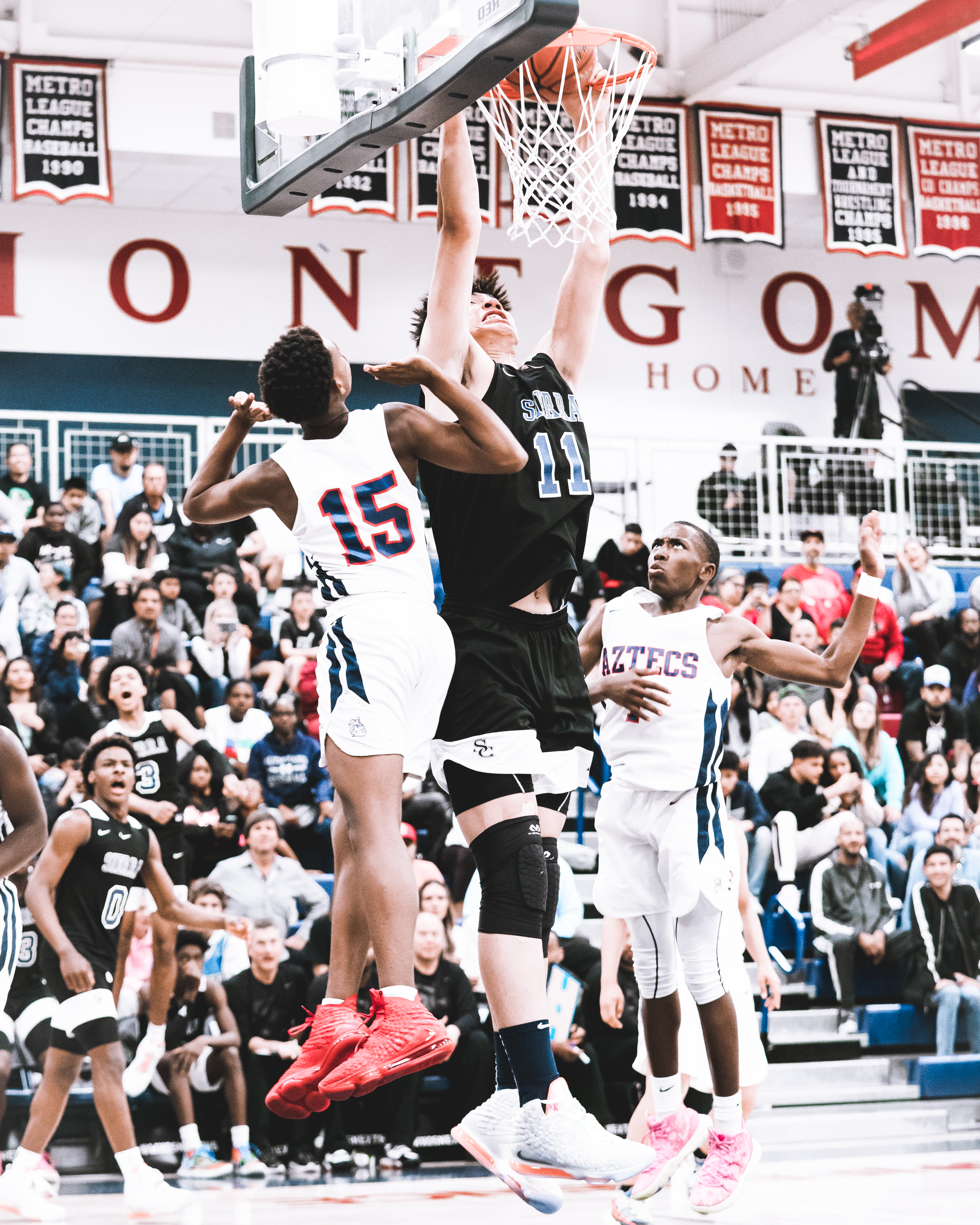 SIERRA CANYON BOYS AND GIRLS NO. 1 IN SO. SEC. OPEN DIV. PLAYOFFS, AGAIN

The Sierra Canyon boys and girls basketball programs are like Brittany Spears.

Both teams were given the No. 1 seed for the Southern Section Open Division playoffs that begin this week.

The boys team will host three games against No. 8 St. John Bosco, No. 5 St. Anthony and No. 4 Etiwanda. The first two games will take place at Cal St. Northridge and the third game Will be played at Calabasas High. The dates will be Feb. 14, 18 and 21, respectively. The championship game is slated for Feb. 28 at Long Beach St.

The boys program, which has captured the past two state Open Division championships and last year’s section Open Division championship with a victory against Bishop Montgomery at Cal Baptist Univ. in Riverside, has a sparkling 24-4 record. The only setbacks have come against Rancho Christian, Minehaha Academy (Minnesota), Paul VI (Virginia) and Long Island Lutheran (New Jersey).

McDonald’s All-American selections B.J. Boston and Ziarie Williams, along with TCU-bound Terren Frank will try and lead the Trailblazers to an unprecedented third Open Div. state title in a row starting in early March.

The girls program, which won its first ever Open Div. state title a year ago will look to win its first ever section Open Div. championship after coming up just short last year in a setback against Gold Coast League rival Windward.

The senior trio of Duke-bound Vanessa de Jesus, Texas-bound Ashley Chevalier and Boise St.-bound Alexis Mark will be counted on to lead the Trailblazers. Pepperdine-bound Rose Odebunmi and 3-point specialist Vanessa Smart will also need to step up in big ways for Sierra Canyon.