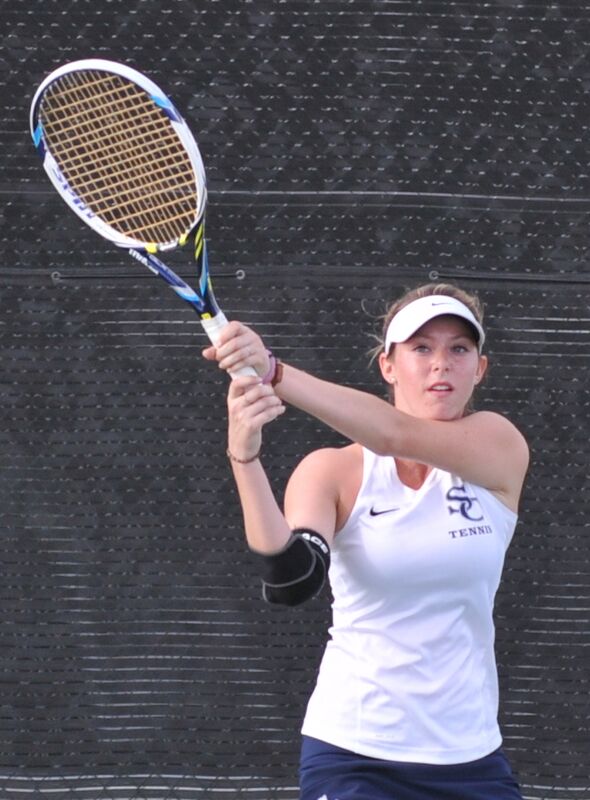 This year Zoe Brown (‘17) was the first girl to ever make it into second round playoffs.

“It feels good to know that our tennis team has grown so much. We started from nothing my freshman year; we didn’t even have a full team. It is crazy how much growth the girls’ tennis program has had over the years,” Brown said.

Perry made it to the international tie breaker with a player from Windward, losing by a single point. Brown beat her opponent from Viewpoint, but then lost in the second round of playoffs.

With the new coach Troy Aikens and a new practice facility, the girls were more excited about playing and have made many improvements along the way.

“I was really excited and looking forward to having new coaches. I have been playing tennis for three years and for this year, I have made improvements on my stroke and my serves are better,” Jess FitzWilliams (‘19) said.