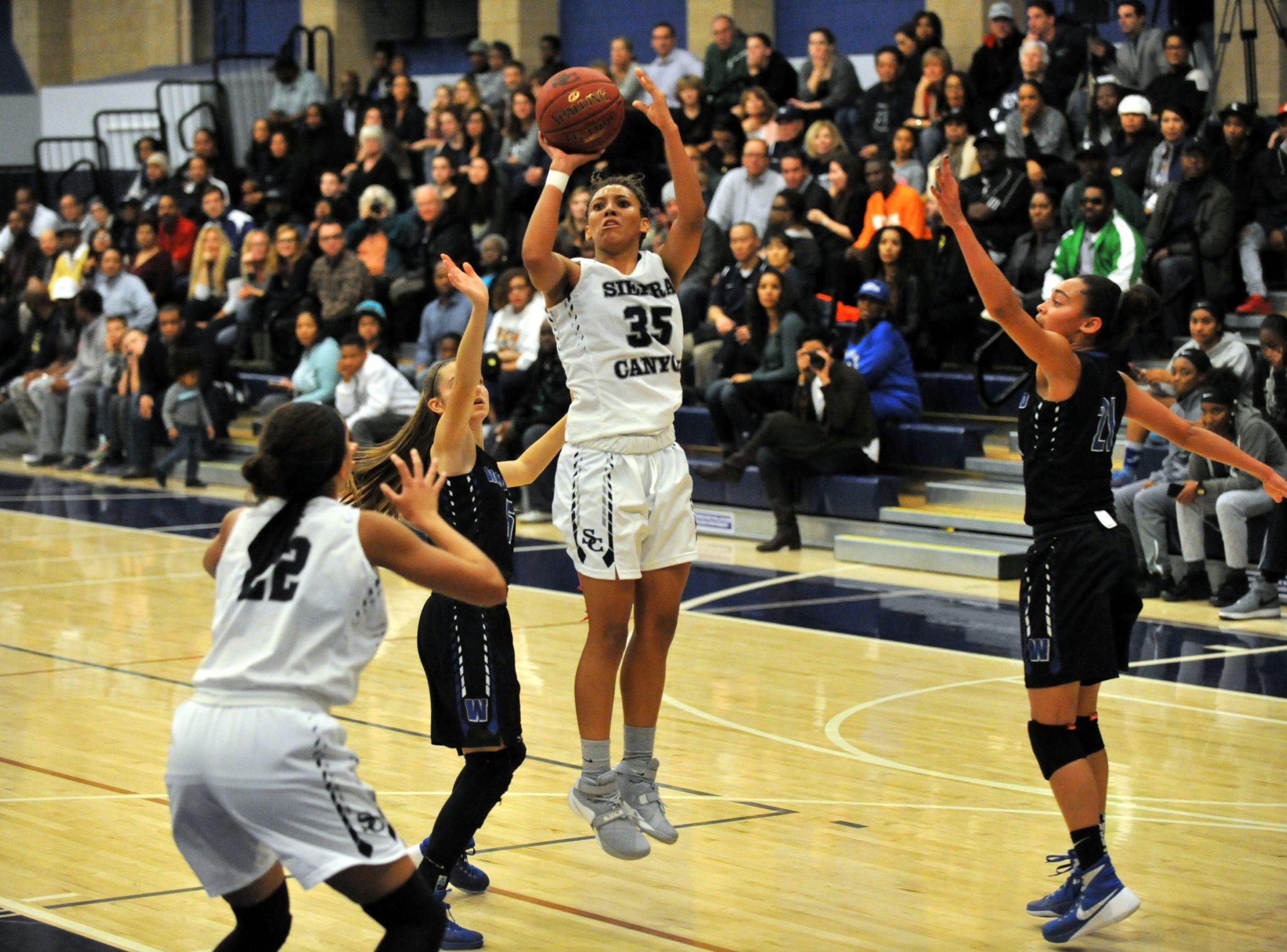 Different from the previous rebounding strengths of last season’s team, the girls basketball team will have to adopt a new approach when facing opponents in order to ensure another successful season. Being a guard-heavy team with a deep bench, the girls focus each day in practice on improving their rebounding capabilities

With the Jan. 7 game being the league opener against long-time rivals, the Windward Wildcats, the team is gearing up to take another title.

“Our goal every year never changes. [It is] to put a banner in the gym, so that starts with a league championship and then if we can do anything past that, then that’s our goal,” Komaki said.

Despite winning state the past three seasons, Komaki does not let the outside pressure and team expectations to bring home another title affect not only her as a coach, but the team as a whole.

“The biggest amount of pressure is always going to come from myself. No matter what any outside pressure would be, whether that’s from parents or the media, it’s never going to amount to the pressure that I put on myself. I always expect the most from my team because of how I expect myself to perform,” Komaki said.

In light of the loss of three key seniors, Kennedy Burke (‘15), Cheyanne Wallace (‘15), and Gabi Nevill (‘15), the team has taken a new approach to the upcoming season.

“We have a lot more players, a lot more guard play. So, I think that we’ll be much faster and quicker, and we’ll be able to score more because we’re fast,” Point Guard Ryann Payne (‘18) said.

The team relies heavily on the family aspect, according to Payne, in addition to the high work expectations Komaki places on the girls.

“Our motto this year is “Do More”, so we have to do more than what’s expected,” Payne explained.