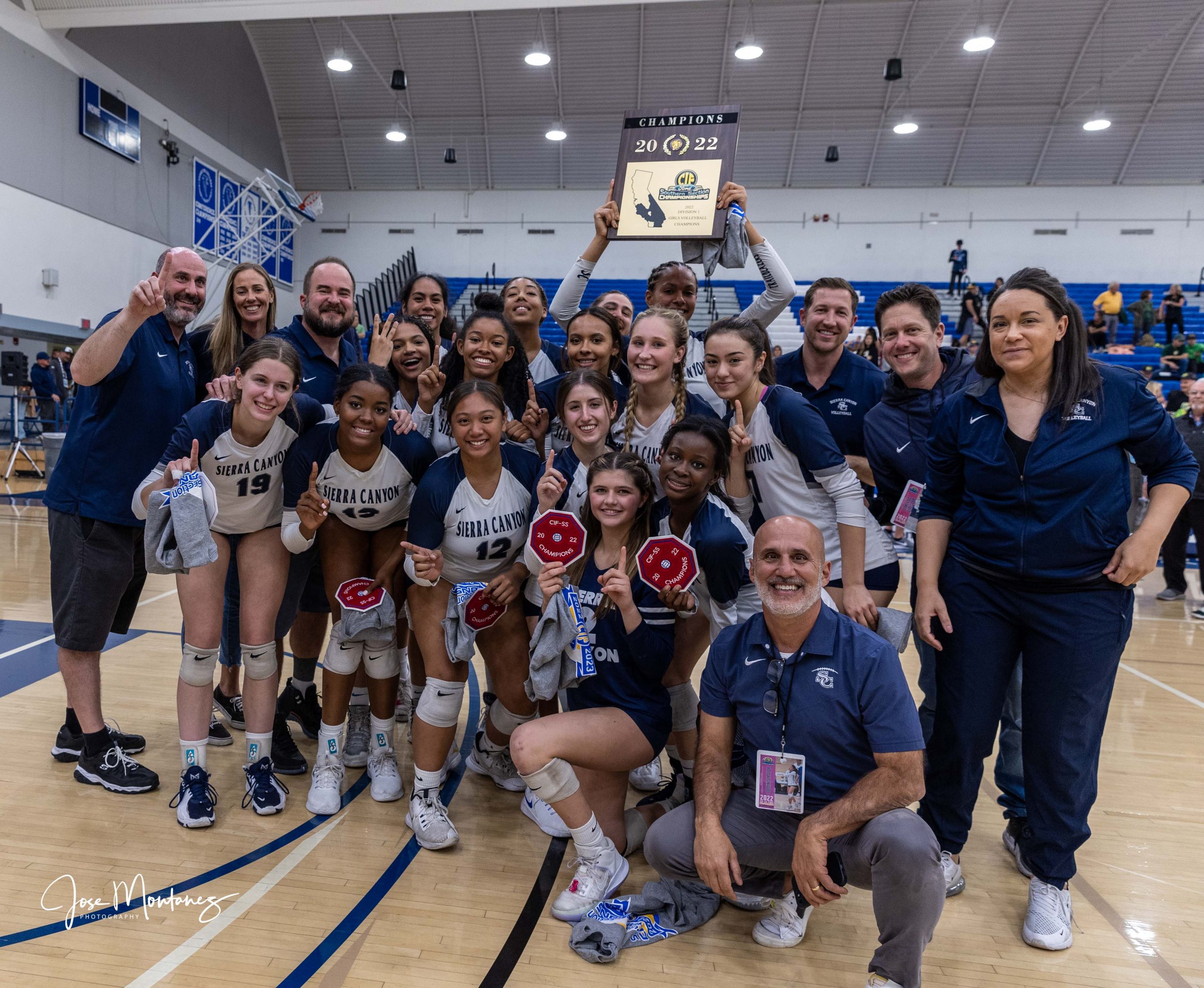 It all came together for the Sierra Canyon girls volleyball team this year after the Trailblazers won the Division I championship with an easier than expected 28-26, 25-23, 25-23 victory against top-seeded Mira Costa at Cerritos College on Saturday night.

“Incredible effort and focus,” Babcock said. “It was all business and we wanted it the most.”

Babcock threw down 22 kills to lead a punishing attack. Babcock is headed to Pitt next year. Cornell-bound Jaida Sione had 12 kills and three blocks to help keep Mira Costa off balance.

Danica Rach, a junior committed to Boston College, had eight kills and three blocks. Lauren Lynch recorded 17 digs while Sade Illawole contributed 43 assists and some timely kills at the top of the net, despite her 5-foot-1 stature.

“Sade has done that quite a bit this year,” Sierra Canyon coach Stefanie Wigfall said. “She has definitely surprised some teams.”

Sierra Canyon won a tight first set in a back-and-forth battle. The early lead had Mira Costa reeling and it could never recover.

The Trailblazers won their first championship since taking back-to-back crowns in 2016 and 2017 in divisions 4 and 3, respectively.

Sierra Canyon has since been a Division 1 contender, never being able to climb the mountain top until Saturday. The Trailblazers, who won a state title in Division II-A in 2017, moved to Division 1 for the 2018 season and lost to Mater Dei in a semifinal. 2019 saw the Trailblazers lose to Redondo Union and another loss to Mater Dei came in 2021. There was no season in 2020 due to the pandemic.

“We have been deep in the bracket and close for a few years,” Wigfall said. “This just feels great now to finally get over the hump.”

Sierra Canyon won the Mission League championship, rolled to 34 victories, including a stellar 20-2 mark in five set matches and claimed the section title.

Sierra Canyon will be a high seed in the Open Division state regional tournament when pairings are released Sunday afternoon.