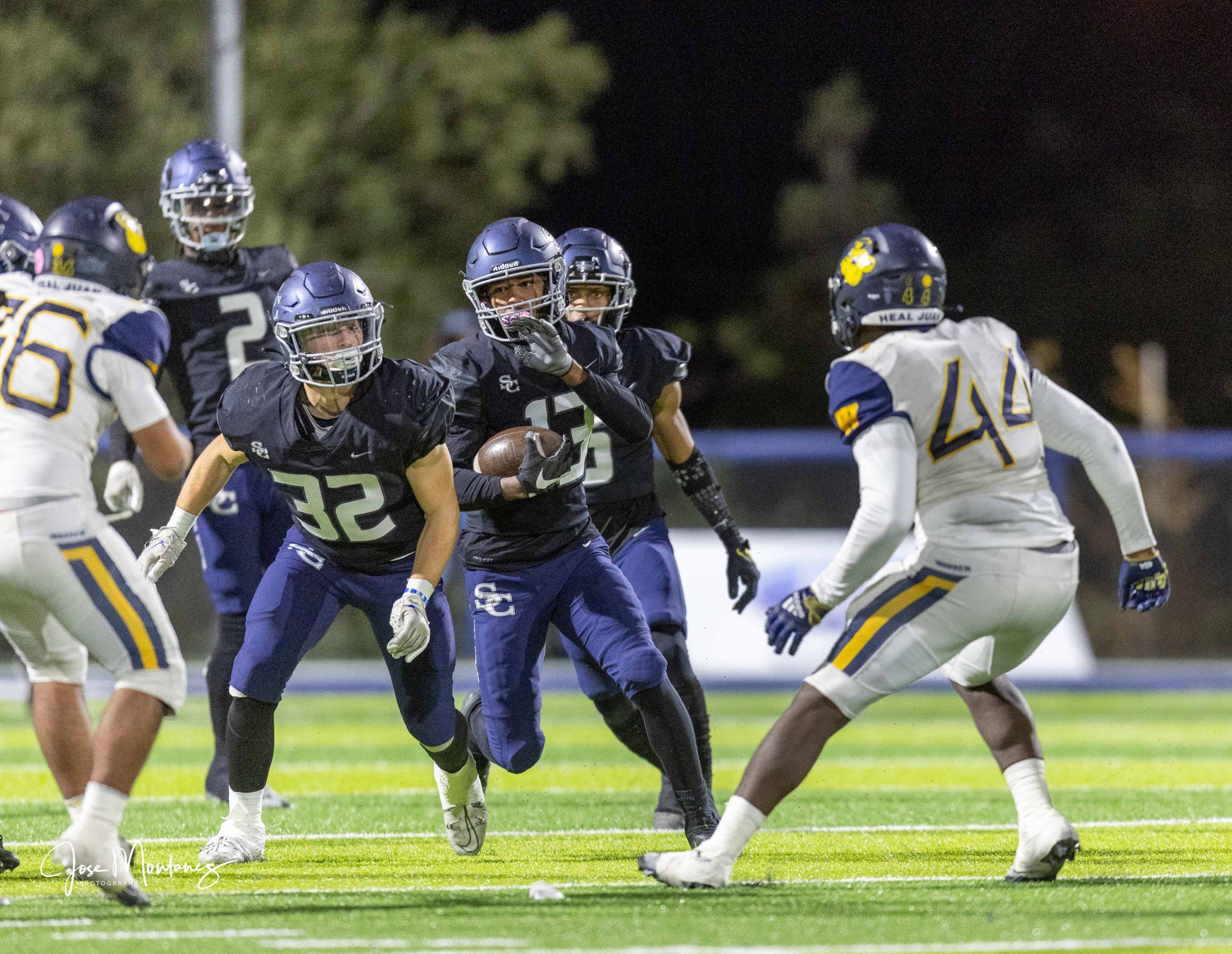 The Sierra Canyon football team pulled out victory from the jaws of defeat Friday night in a 22-21 heart-stopping comeback victory against Warren of Downey in a Division 2 first-round playoff game.

Alonzo Esparza found Jaylen’dai Sumlin for a short touchdown pass with 1:39 remaining and then connected with Cameron Brandt for a two-point conversion to put Sierra Canyon (7-4) over the top.

“Incredible game, incredible last drive there,” Sierra Canyon coach Jon Ellinghouse said. “We pulled it out. That’s what you do in the playoffs. Find a way to pull it out.”

Sierra Canyon still had tense moments in the final seconds and had to withstand a 40-yard field goal attempt from Warren’s Moises Amezcua. Amezcua pushed the ball wide right. It barely had the distance and just missed wide. If not for a 5-yard delay of game penalty pushing the ball back, Warren might be playing next week.

Sierra Canyon took over on its own one-yard line with 6:08 remaining and converted twice to keep the game-winning drive alive. The Trailblazers converted a third-and-long and then somehow made good on a 4th-and-16 from their own 43 yard line when Esparza found BYU-bound wide receiver JoJo Phillips down the left sideline for a 43-yard gain.

It seemed as though Sierra Canyon could have been headed toward a blowout victory after its first drive. The Trailblazers marched right down the field and scored in three plays. Esparza connected with Phillips for a 22-yard touchdown pass only 1:16 into the game.

Warren’s Romeo Clark and Marcus Higgs each scored first half touchdowns to keep the Bears (9-2) in the game. A blocked extra point loomed large. The score was 14-13 at halftime.

After a second Sierra Canyon turnover, Tennessee-bound quarterback Nico Iamaleava hooked up with Jordan Ross on a 3-yard touchdown pass and Iamaleava ran in the two-point conversion for a 21-14 Warren lead in the third quarter.

Sierra Canyon seemed to have the momentum thanks to a Xavier White blocked punt. The Trailblazers had the one-point lead and a short field to work with. However, Terrell Cooks fumbled going into the end zone. Warren took advantage, took the lead and had the ball back in Sierra Canyon territory before deciding to punt midway through the fourth quarter. It worked and the Bears pinned the Trailblazers on their own one-yard line.

The rest will go down in Sierra Canyon playoff history lore.