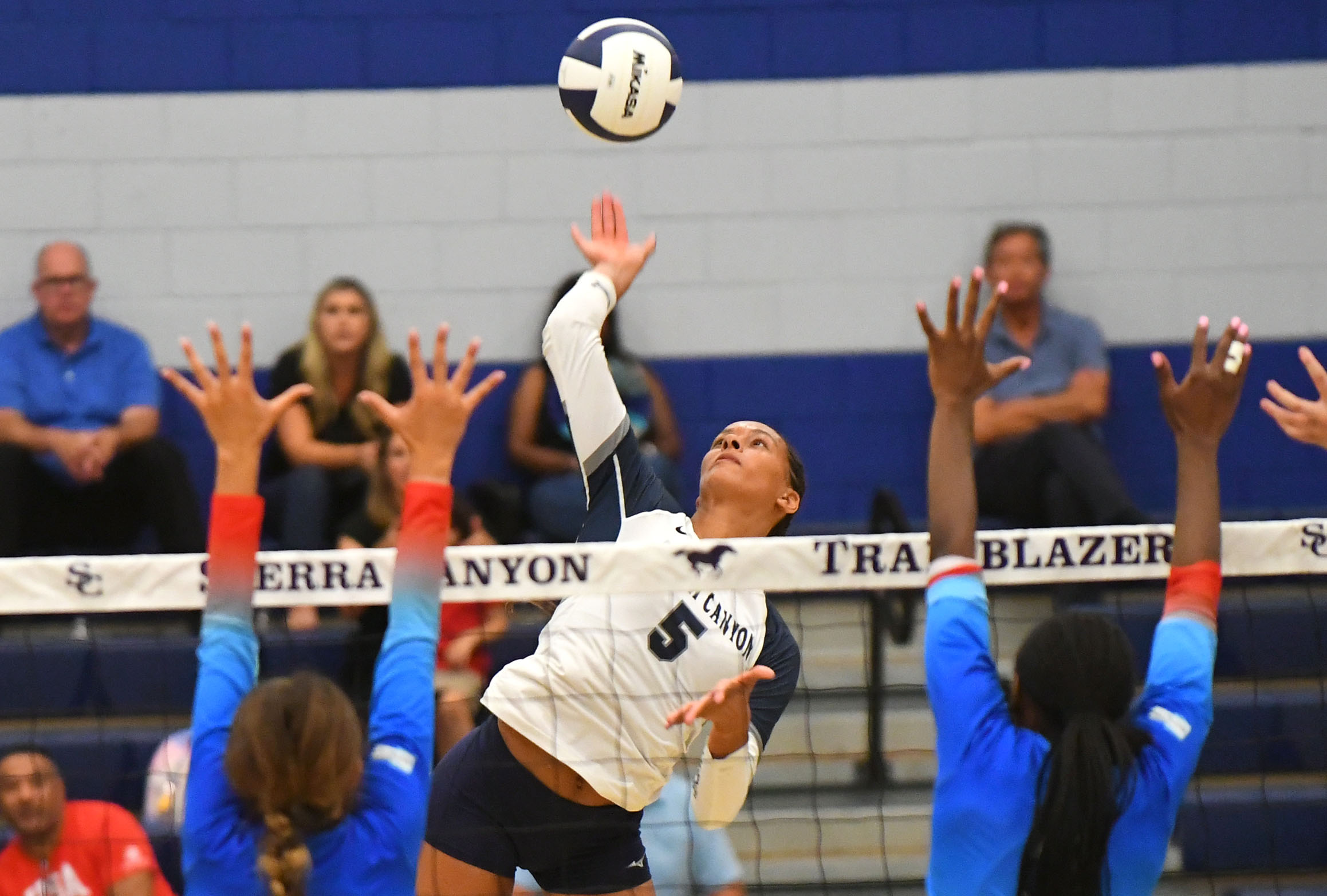 The Sierra Canyon girls volleyball program is back in the Southern Section finals. This time at the highest level.

The last time Sierra Canyon made it this far was in a lower division when it beat LaSalle of Pasadena before going on to win the Division 2 state championship with a victory against Sacred Heart Prep of Atherton.

Sierra Canyon led two sets to zero before Marymount came storming back. Olivia Babcock and Jaida Sione were effective from the outside, Boston College-commit Danica Rach contributed timely kills, Hawaii-commit Maddie Way was a force in the middle, Sade Ilawole was key at setter and sophomore Lauren Lynch was digging balls regular kids could never get to.

“We really do have a balanced team and everyone knows their role,” Wigfall said. “They work and play well together. It’s been huge for us.”

Sierra Canyon had a natural letdown after winning the first two sets and Marymount pounced. Torrey Stafford, who will join Babcock at Pitt next year, started knocking balls down and, Dior Charles and Samantha Destler were each contributing points.

However, Sierra Canyon had a little more left in the tank for the fifth set. The Trailblazers grabbed an early 6-2 lead and never looked back. A Marymount service error ended the match.

Babcock finished with 22 kills, Rach had 21 kills and Sione pumped in 19 kills. Lynch had 26 digs, many of the wow variety and Ilawole had 66 assists.