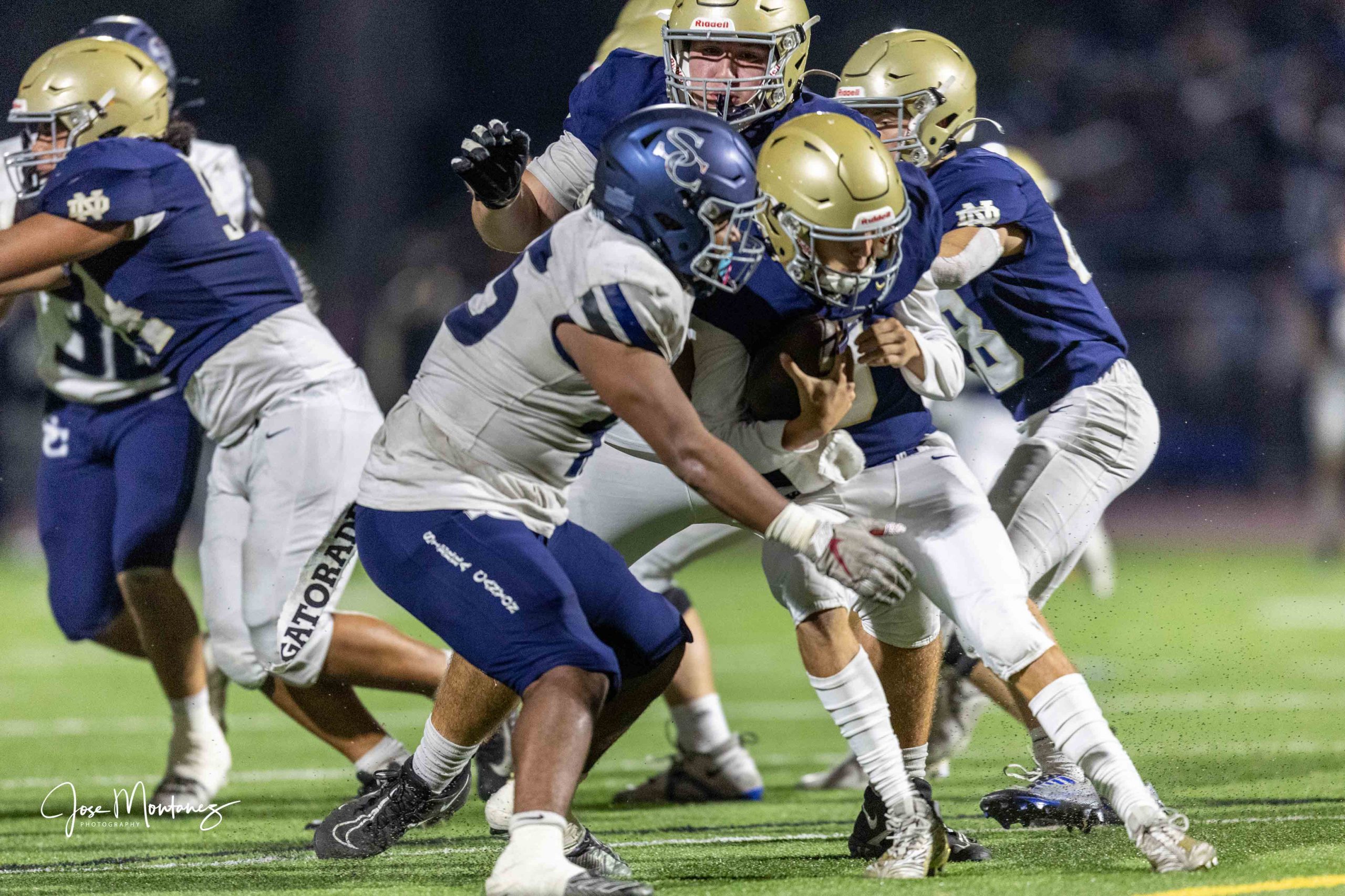 The Sierra Canyon football team is not on anybody’s wish list right now.

After starting the year 1-3 with a puzzling loss against Oaks Christian, no one was sure how the rest of the season would unfold.

Except head coach Jon Ellinghouse and all of his players.

Sierra Canyon got healthy and rallied to win its final five of six games and claim the Mission League championship.

“We were banged up and waiting for a few guys to get eligible,” Ellighouse said. “Credit to these guys and the coaches for never panicking. We just got to work.”

The mid to late season surge earned the Trailblazers the No. 8 seed and will host Warren of Downey at 7:30 p.m. Friday night.

The funny thing about the seedings is the top two seeds are Serra of Gardena and Chaminade of West Hills.

Sierra Canyon knocked off Serra, 35-21, and Chaminade, 49-14. The Trailblazers are rolling at just the right time.

“We like how we are going right now and we like where we are at,” Ellinghouse said.

The obvious reason the two teams that finished behind Sierra Canyon in the league standings is the CalPreps.com ratings and the fact Chaminade beat three teams Sierra Canyon lost to.

The Trailblazers could face Serra in the quarterfinals and Bishop Amat – another Mission League rival – in the semifinals.

It’s safe to say Sierra Canyon is the team nobody wants to face.

Dane Dunn and Terrell Cooks have become quite the backfield duo. They both gained over 100 yards against Notre Dame.

Alonzo Esparza has settled in at quarterback and the defense is averaging about two takeaways a game.

“We love this time of year and will be ready,” Ellinghouse said.