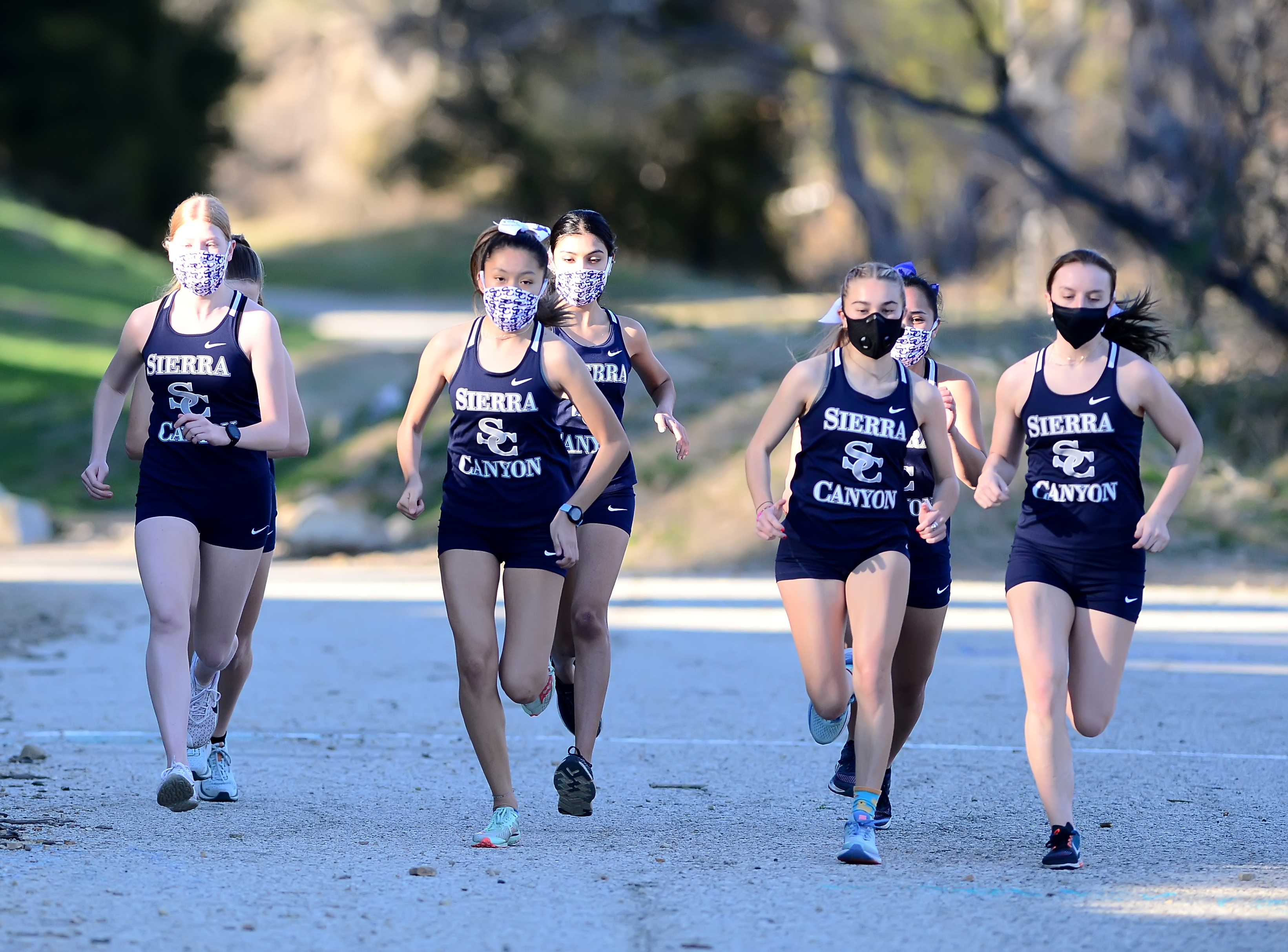 Sierra Canyon cross country coach Troy Samuels said he plans to bring his program together in a one-day camp at the Ventura Ranch KOA to build for the upcoming season.

There will be cooking, hiking, swimming, biking and maybe even a guest speaker. And of course plenty of running for a team that has CIF state aspirations.

“It’s all about team bonding and putting together activities for the team,” Samuels said. “We will talk about our goals and set up a full day of recommended nutrition for endurance runners so they know how to refuel throughout the season.”

After the stop-and-go and mostly stop pandemic pace of last season, Samuels said his program is ready to make a run at the program’s first CIF state finals appearance after missing by just one spot in 2019.

“Last year was just a mess,” Daniels said. “We stopped and restarted a half dozen times. Which meant I had to reset their training schedule every time. Now we’re back to normal. We started our summer endurance-based training, and the girls are looking pretty darn good.”

Her first two campaigns at Sierra Canyon were stellar as she led the Trailblazers to a pair of league titles.

As a freshman, she claimed the Gold Coast League title, finished second at the CIF Southern Section Division 5 finals and earned all-state honors with an eighth-place finish at the state finals. As a sophomore, Diaz took second in league, eighth at CIF and 30th at state.

Daniels said Diaz is poised for a big senior season after the disjointed pandemic-shortened season.

“Mentally she is in a great place right now,” Samuels said. “She has matured a lot in the past year. I am looking forward to where this is going to position her.

“The speed is back. And what we found out is that she changed running shoes last year, and that did not agree with her. She’s running pain-free for the first time in a year-and-a-half.”

Diaz will lead a tight pack of runners.

Freshman Jacelyn Gonzaga appears to have entrenched herself as the No. 2 runner after a strong impression this summer.

Junior Alissa Evangelista and sophomore Anya Jones should also be in the mix and have the potential to break into the pack.

“Overall this is probably our strongest girls team ever,” Daniels said.

The opening Gold Coast League meet will be on Sept. 29 at Brentwood, the first of five league meets. Sierra Canyon figures to battle with Viewpoint for league supremacy and throughout the CIF postseason.

“This could be the girls team that makes it to the state meet for the first time,” Samuels said.

The Sierra Canyon boys have a solid core that has been working out together.

“I’m looking forward to seeing how much they improve this year,” Daniels said.

Samuels will gather his runners in Ventura this month and share with them the one secret ingredient.

Samuels said he will demonstrate the versatility of oatmeal with different flavors and toppings and also bring in protein-rich snacks to build a nutrition plan for the upcoming season.

“The most important thing I am teaching them is how to eat throughout the course of the day,” Samuels said. “Instead of not having breakfast, have some oatmeal. Try to get them to get healthy snacks and ideas between breakfast, lunch and dinner. Make sure they are hydrating.

“They have been treating their bodies like a Volkswagon. But I want them to realize we are building a Ferrari.”