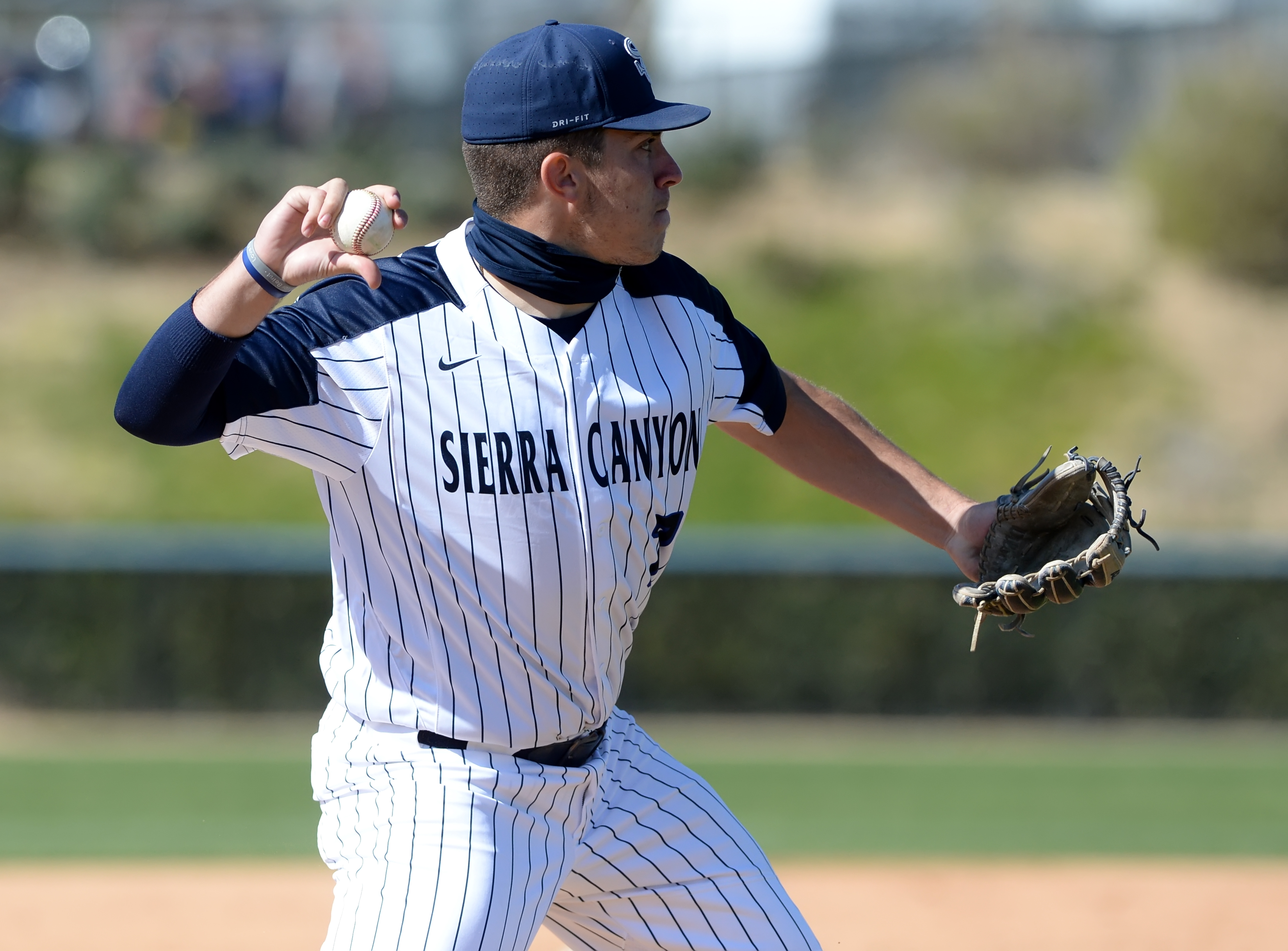 Baseball getting it done during summer

It was the type of season Jerry Royster envisioned when he first accepted the head baseball coaching position at Sierra Canyon.

A sparkling 23-4 campaign. A share of the Gold Coast League title. A quality quarterfinal run in the rugged CIF Southern Section Division 2 playoffs.

All while impressing against a gauntlet of Southern California’s powerhouse programs.

“Not too many teams would do what we’re doing,” said Royster, a 15-year Major Leaguer who also has had extensive Major League coaching experience. “We wanted to play the best of the best, and they are willing to play us. Sierra’s had good success in the past, but that’s the difference now.”

Not too many teams have the opportunity to do what Sierra Canyon is accomplishing this summer.

Once the season came to an end in a 2-0 loss to Trabuco Hills, Sierra Canyon immediately began a busy summer that has seen some of its top talent compete in national events from Denver to San Diego to Cary, N.C.

Royster served as the coach for the all-star game as well.

Thomas pitched one inning, striking out two, walking one while giving up two hits, though no earned runs. He touched 93 mph on the radar gun.

“He did very well,” Royster said. “It wasn’t a clean inning, but he pitched some of his high velocity. He was with the most elite kids all across the nation. It was just an honor to be chosen.”

Thomas and Royster took part in a full-fledged two-day event with media spots, various appearances and a chance to be in the visitor’s locker room and on a Major League field.

Andruw Jones and Ken Griffey Jr. even made visits to both dugouts during the game.

It was also a bit of a homecoming for Royster, who pointed out to Thomas a lineup card in the visiting locker room from the Colorado Rockies’ inaugural season of 1993 when Royster served on Don Baylor’s coaching staff.

“Kassius was able to get some of that history,” Royster said. “He had a chance to walk onto a Major League field. It’s kind of easy for these kids to see themselves playing here in 3-4 years. It’s not too far-fetched at all.”

Thomas and Jaden Noot were invited to the Hank Aaron Invitational for the second year in a row.

Last year out of a field of 142 players at a showcase at the vaunted former Dodgers Spring Training camp in Vero Beach, Thomas and Noot were among the Top 44 who qualified to compete in a showcase all-star game at Atlanta’s SunTrust Field. They got to meet Hank Aaron and Andruw Jones and take a Civil Rights Tour in Atlanta.

This year Thomas and Noot had to decline the invitation because they were selected to try out for Team USA in Cary, N.C.

Thomas and Noot were selected to the prestigious Area Code Games.

The Area Code Games is a premier showcase for 220 of the nation’s top high school recruits that will be played at the University of San Diego through Wednesday. The players are broken into eight teams.

“This is a big one for the guys – it sets them up for the MLB Draft,” Royster said. “You can’t get invited unless you have something to offer.”

Noot earned an invitation to compete in the Perfect Game All-American Classic at Petco Park in San Diego on Aug. 22.

It features 60 of the top high school baseball recruits.

“This is huge,” Royster said. “This is one of the biggest honors and one of the most highly scouted events.”

Thomas and Noot were both selected for the Wood Bat World Championships from Oct. 7-11 in Jupiter, Fla.

It is another invitation-only showcase put on by Perfect Game and is part of the scouting tour for potential MLB draftees.

“They have a little break before this one,” Royster said.

Royster said the college recruiting for his team has been picking up speed.

Royster said to expect heavy recruiting for Max Martin, Kehden Heittiger and Eddie Mgdesyan, who are sifting through numerous offers.

“We are in great shape for the fall schedule,” Royster said. “We are going to be in even better shape than we were last year. We’re playing a tougher schedule. I’d venture to say no one plays the schedule we play. We’re taking on every Top 10 school in Southern California.

“We are having a lot of kids get opportunities. Getting on the map has helped. Playing the schedule we’re playing has helped. It’s not only helping our top guys gut a lot of the other guys too.

“This is the part of the job I enjoy the most.”