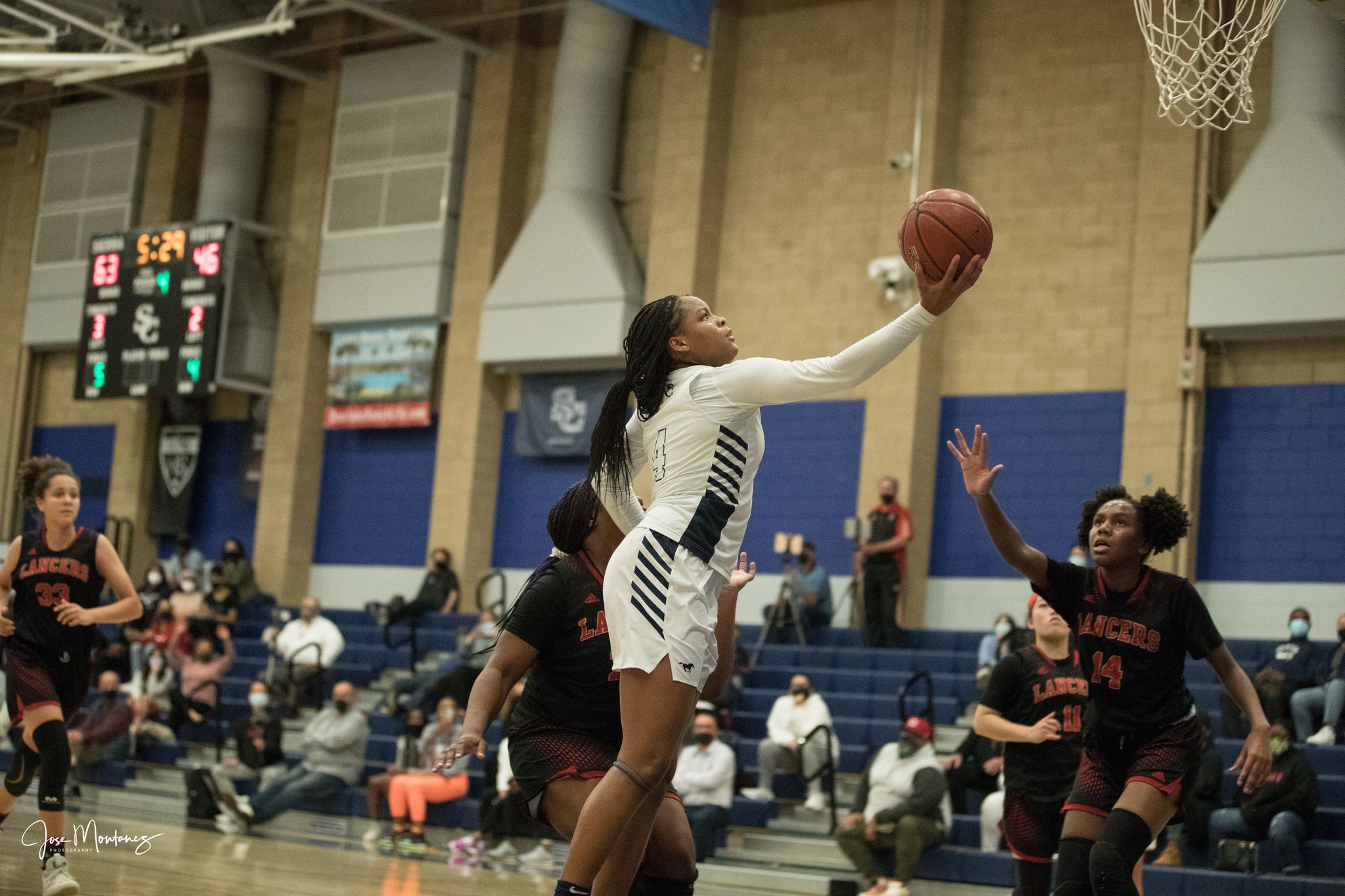 Girls’ Basketball ready for next level A big-time transfer. A talented freshman. And an international addition.

The level of intrigue should be high for a Sierra Canyon girls basketball squad that is welcoming three impact players while returning nearly every player from last season’s Gold Coast League championship squad that posted a 20-5 record and made the CIF Southern Section Division 1 quarterfinals.

“I think the clear expectation is that we are going to be a lot better,” Sierra Canyon coach Alicia Komaki said. “

The transfer? Junior Juju Watkins transferred to Sierra Canyon from league rival Windward in July and is considered the No. 1 recruit in the Class of 2023. Komaki calls her “the best player in the country.”

The freshman? Leia Edwards is a 6-foot guard who has the athleticism and skills to fit in nicely with Sierra Canyon’s system.

The international player? Junior Crystal Wang, a 6-foot guard who is a member of China’s national basketball team and who competed for Sierra Canyon as a freshman. She returns after spending a year in China during the pandemic.
It should be interesting how these new players jive with Sierra Canyon’s cohesive unit from last season.

Watkins averaged 21.0 points and 9.0 rebounds last season and was chosen to represent the United States at the FIBA Americas U-16 Championships in Chile in June.

Watkins and returning sophomore star MacKenly Randolph will be an interesting pairing.

Komaki said Randolph and Watkins should complement each other nicely on the court.

“Their skills are similar but their games are very different,” Komaki said. “I’m looking forward to seeing how they play together. Juju is more of a guard with her big skills as a backup, and Mack is physical inside with her guard skills as a backup.

“They both rebound well, and they run the floor well.”

Ruelas gained valuable experience as a freshman on a roster filled with college-bound players and served as a floor general last season for a relatively new squad that impressed at the highest level of competition.

Sophomore Izela Arenas stood out defensively before suffering an ankle injury that sidelined her for the final eight games of the season. She should be healthy and ready to be an impact player once again.

Sophomore Christy Reynoso also had a standout freshman campaign and will be looked upon as a key returner.

“Last year’s freshmen competed very well and proved themselves,” Komaki said. “They are all returning, and they all had productive summers.”

Komaki gave her team the entire summer off and will be competing in the Burroughs Fall League as a tuneup for the season.

Komaki has already locked in out-of-state tournaments in Texas and Alaska in what promises to be an intriguing campaign.

“My excitement level is always high,” Komaki said. “With Juju’s skill level combined with the pieces we already have, I am excited to coach at this high level.”