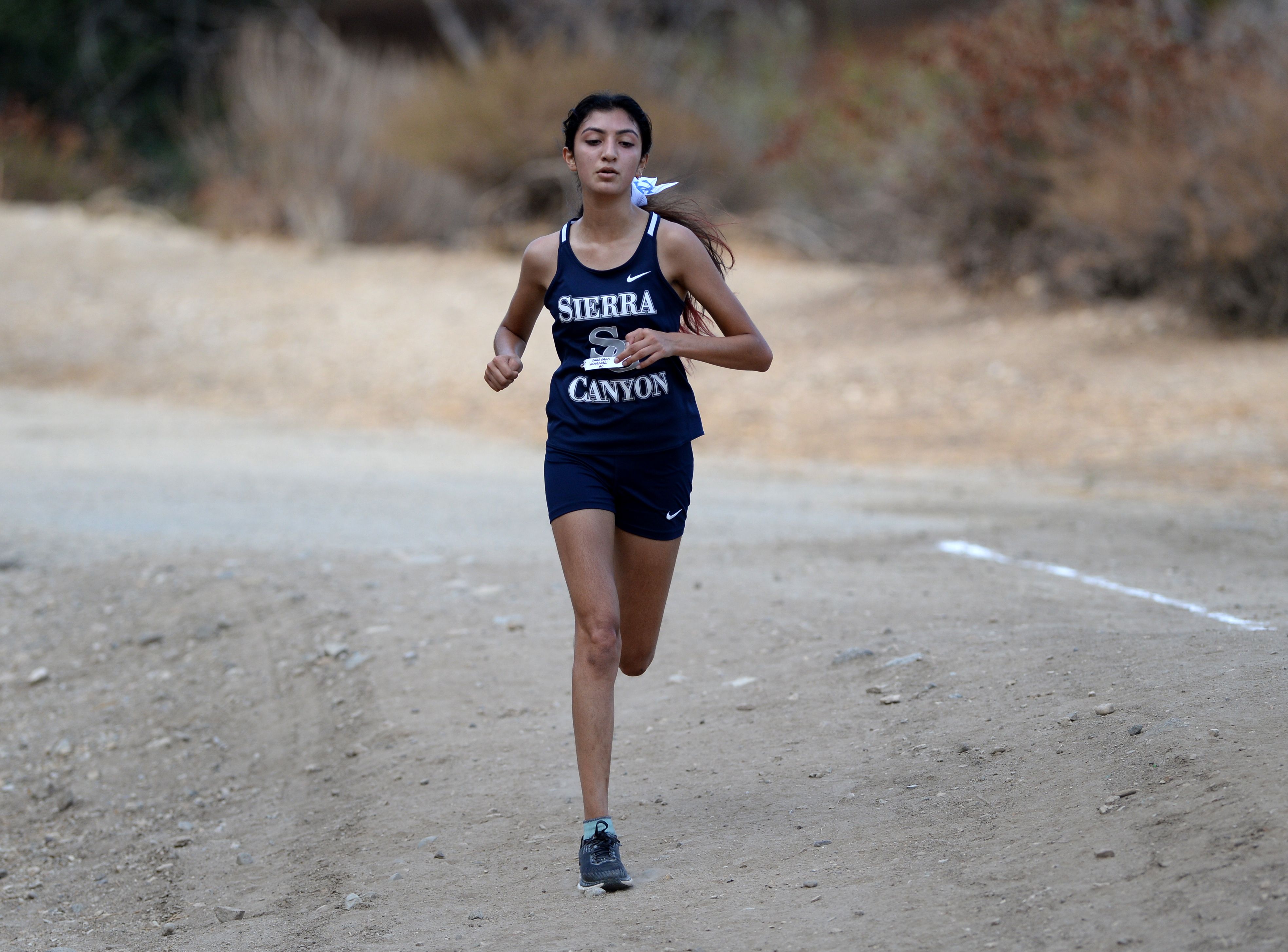 Cross-country running to next level

His message on Friday certainly resonated.

“I told them we have an incredible opportunity. We need to embrace it and get after it,” Samuels said. “I told them not to leave anything on the course.”

Samuels said Sierra Canyon has a shot at earning its first trip to the CIF State Finals this season after so many close calls and near-misses in recent years.

Perhaps this is the year that Sierra Canyon can punch its first trip as a team to the CIF State Finals, which is scheduled for Nov. 27 at Fresno’s famed Woodward Park.

“Our objective is to PR at every race over the next couple of weeks,” Samuels said.

Daniels said he was encouraged by Sierra Canyon’s third-place finish in its Division 5 race at the Mount San Antonio College Invitational on Oct. 22 – the program’s highest finish at Mt. SAC.

Sierra Canyon carried that energy into a second-place finish at the Gold Coast League finals on Nov. 3 at Paraclete High, trailing only rising Division 5 juggernaut Viewpoint, ranked No. 2 in the latest CIF Division 5 poll.

Sierra Canyon is ranked No. 11 in Division 5 and will have to jump a few teams to make state, but Daniels said he likes how his team is closing the season.

“They all PR’d at Mt. SAC,” Samuels said. “Even right at the finish line, I didn’t know the scoring immediately, but it was like ‘oh gosh, we’re in good shape.’ I was proud of them and how they executed our plan.”

Sierra Canyon scored 60 points at the league finals. While there was no catching Viewpoint (38 points), Sierra Canyon topped Crossroads (89) and Windward (100).

Diaz, a former Gold Coast League champion and all-state runner for Sierra Canyon, clocked a fifth-place finish of 19:59 and is starting to pick up speed.

“They are our leaders,” Samuels said. “There is a lot to look forward to with Jacelyn. She’s someone who is going to be a really good runner. She can run the 800 and has the endurance and heart.

“Isis turned a corner at league finals. She is beginning to look like the runner we saw earlier in her career, and over the next three weeks, I expect her to get back to being that runner.”

Daniels said he was particularly proud of the rest of his runners, a collection of multi-sport athletes who are steadily tightening Sierra Canyon’s pack.

Sravani Khanal, a soccer player, took 19th at league finals in 23:16. Viktoria Balbin, another soccer player, placed 20th in 23:18 to round out the top-five scoring.

Samuels said he was also encouraged by his sixth and seventh runners. Alissa Evangelista, a basketball player, took 22nd place. Freshman Alissa Pfeffer, took 23rd place and has shaved off eight minutes from her initial times.

“To me, it has been impressive what this team is doing,” Samuels said. “We have two dedicated full-time runners in Jacelyn and Isis, and the rest of the team came as borrowed runners from other sports and have grown to love this sport.

“Every one of these girls is giving everything they have. They are so coachable. It hurts to run three miles when you are not accustomed to it.

“I could not be more proud of all these girls.”