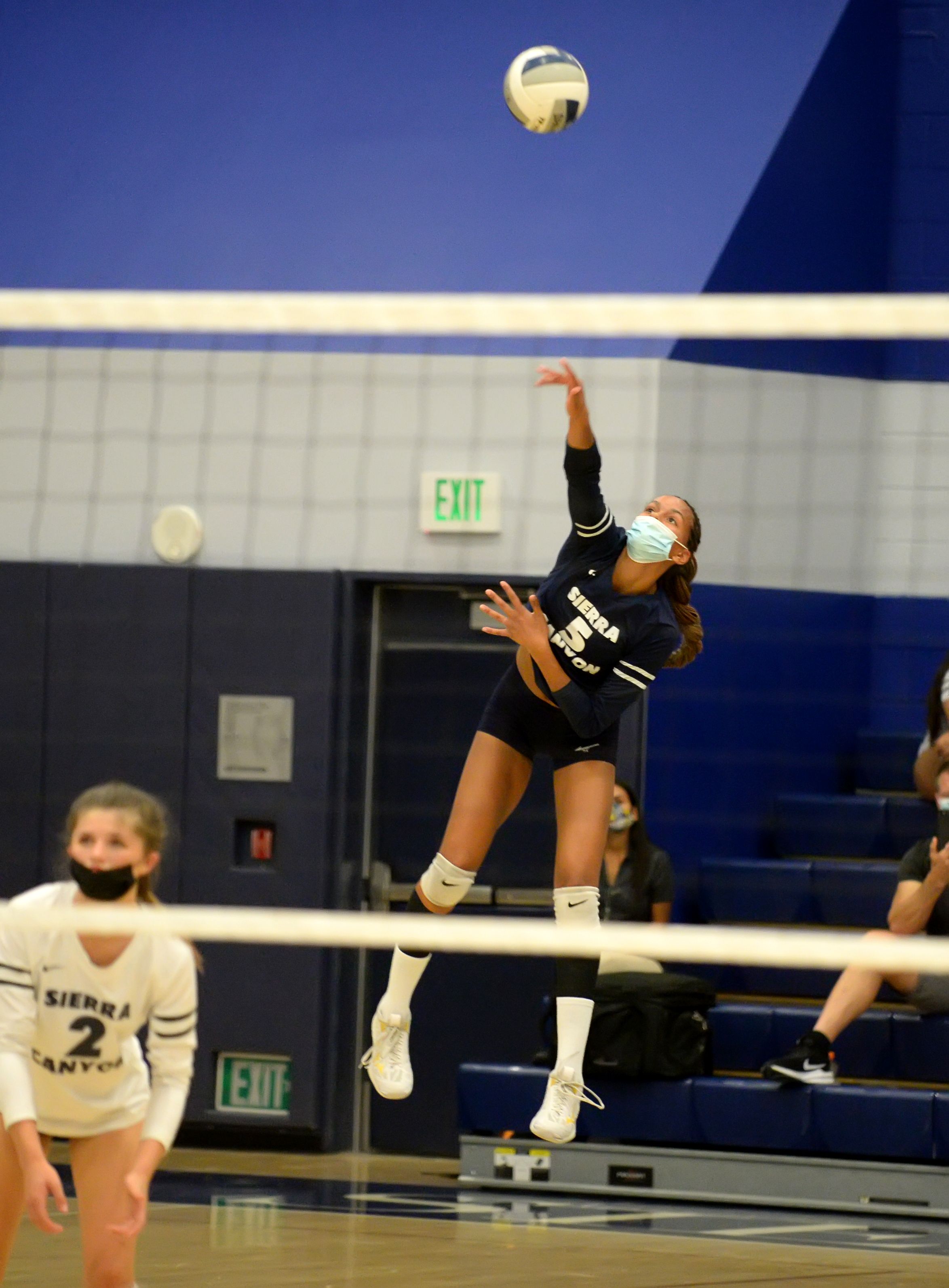 The danger was imminent.

Already trailing late in the fourth set in its CIF Southern Section playoff opener, the Sierra Canyon girls volleyball team held its collective breath as San Clemente delivered a mammoth swing that would have certainly put the match away.

Somehow, some way, Sierra Canyon’s Stormy Grant-Gorence got underneath the ball and delivered perhaps the dig of the year to fuel a five-set comeback victory to open the Division 1 playoffs.

Sierra Canyon rallied from a 22-17 deficit in the fourth set and eventually prevailed in a hard-fought five-set victory over San Clemente, giving Sierra Canyon’s mostly underclassmen squad a major boost heading into the rest of the postseason.

Even with its second-round loss to juggernaut Mater Dei, Sierra Canyon earned an automatic entry into the CIF state playoffs with pairings being announced on Sunday.

Wigfall said Sierra Canyon has approached the long layoff with a positive mindset despite a 13-day By the time Sierra Canyon plays its state opener, there will be

By the time Sierra Canyon begins the state playoffs, there will have been a 13-day layoff. Wigfall said her team has approached the break with a positive mindset.

“We tried to do things that bring out the joy, to remind them how much they enjoy being around each other,” Wigfall said. “You can start to see burnout at the end of a long season, but we wanted to make sure they were upbeat when they left practice.

“We know we will have to be at our best to compete with these older, stronger teams, but we will be ready to bring our match. We’ve got to be ready, especially if we are on the road.”

Sierra Canyon had produced a stellar 22-7 season that included its seventh consecutive Gold Coast League crown. It extended its league winning streak to 71 matches and has not dropped a league match since Sept. 15, 2015 to Viewpoint..

Yet the San Clemente match might be the definitive moment to date.

Sade Ilawole went on a strong serving run, Olivia Babock and Danica Rach delivered timely kills and Madeline Way capped the comeback with a powerful kill in the middle that was named one of Maxpreps’s Top Kills of the Week.

“It was a great atmosphere,” Wigfall said. ““We had a surge of energy and momentum to ride through the match. It was cool to see before our eyes.

“That’s the kind of match that when it goes your way, you start to believe what you can do. We’re definitely taking that into the state playoffs.”

Sierra Canyon is certainly establishing itself as a genuine contender, especially with just three seniors on the roster this season.

Babcock, a University of Pittsburgh recruit, has been leading the charge for Sierra Canyon at opposite hitter.

Rach and Way have also been consistent hitters.

Ilawole has handled the setting duties with aplomb, and freshman Lauren Lynch seized control of the libero position.

“This team has really embraced the student side of the game, the intellectual side of the game,” Wigfall said. “With everyone being a year behind due to COVID, we have emphasized strong body, strong mind.

“We’re excited to see where we are for the state playoffs.”