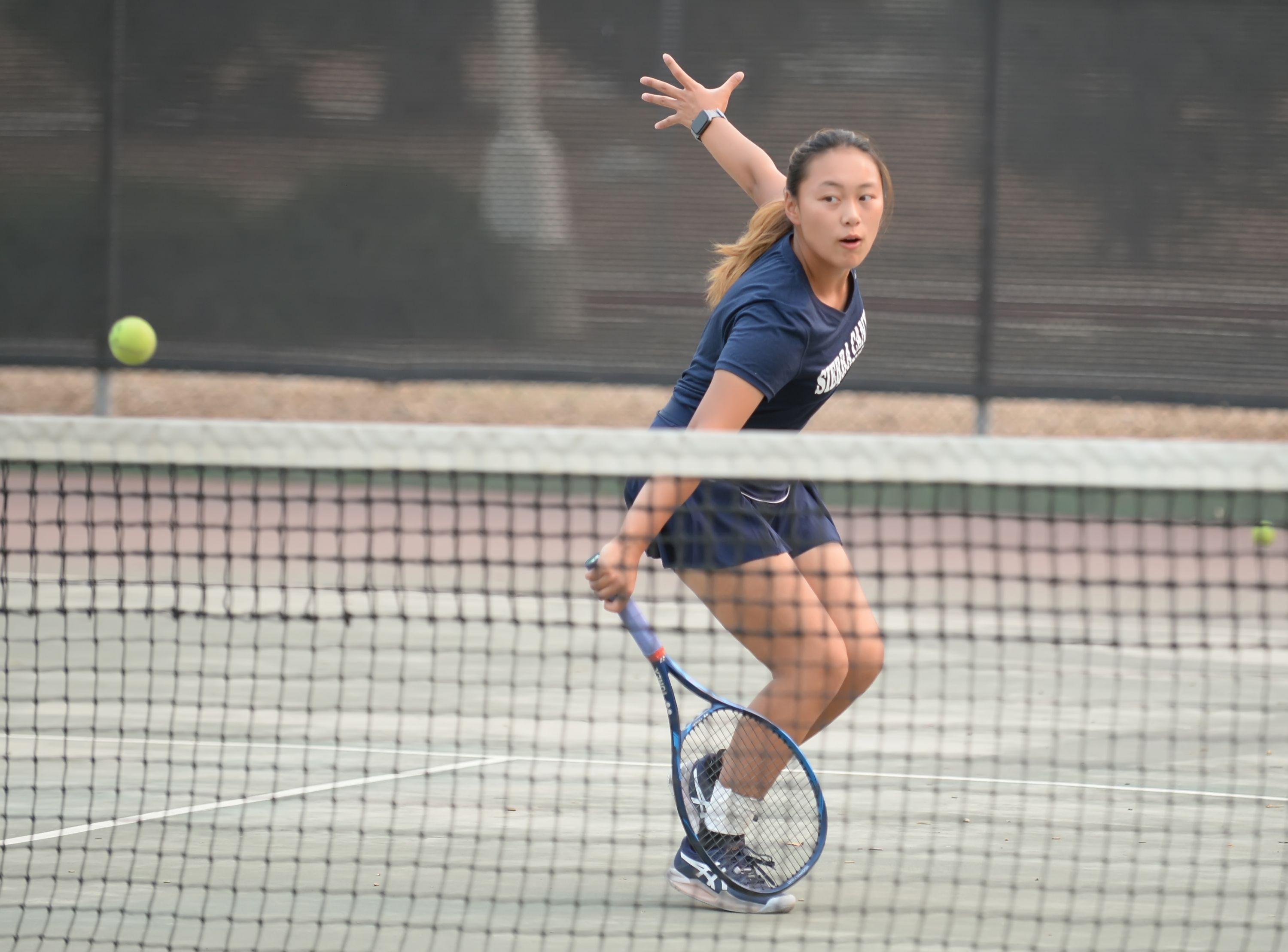 The flowers seemed more colorful. The sashes and banners made by the underclassmen provided a perfect personal touch.

Second-year coach Rajeev Datt made sure the core group of seniors – Valerie Sanz Jones, Ella Calderon, Alyssa Abulaf, Peyton Gelfuso and Lena Becker – had a fitting sendoff following the season finale against Windward after establishing a new foundation for the rising tennis program.

“There was a lot of love and support all the way around, and that was great to see,” Datt said. “The elder girls set an example for the others. They were building a good team culture, they were inspiring each other and supporting each other.”

Sierra Canyon finished with a 9-9 record overall and a 4-6 record in the rough-and-tumble Gold Coast League that features several private school tennis powers.

Besieged by a late-season cold and flu wave, Sierra Canyon missed the CIF Southern Section playoffs and did not have an individual advance past the opening round of the league finals to stemi an otherwise successful building season.

“We ended the season with a lot of girls being under the weather,” Datt said. “Because of all the illness, we could not set any lineups. It was playing with whoever we had for that day wherever we could in the lineup.”

Sierra Canyon won twice against both Viewpoint and Crossroads in league play.

Jones, who advanced to the CIF Individuals last season, and freshman Betty Chen emerged as the most consistent performers for Sierra Canyon.

Jones and Chen managed to take two of three sets against vaunted Campbell Hall on Oct. 14.

“Campbell Hall is always so strong, but we gave them good strong matches. I think the girls on the other team were surprised how challenging it was,” Datt said.

The flu bug came for Sierra Canyon at the end of the season. Jones and Calderon were hit hard, Abulaf was also knocked out of the lineup and Andie Aviv missed significant time.

“Whether they were winning or losing, I saw an upside,” Datt said. “They were all improving.”

Datt said he still plans to host a team dinner featuring team awards soon, a final tribute for the season as Sierra Canyon continues to make strides as a program.

“We were supposed to do it after our last match, but with so many under the weather, it would be better when everyone is healthy,” Datt said.

Datt said he expects Barakat, Jamali and Smith to emerge as the senior leaders next season.

Sierra Canyon will also get a boost from incoming freshman Lyric Wilson, a highly touted youth player who has been a Sierra Canyon “lifer” since elementary school.

“Though we did not make the playoffs, the trajectory is where we want it, and we are excited for next season,” Datt said.